Comedian Hannibal Buress has been arrested for “disorderly intoxication,” and now the video is going viral 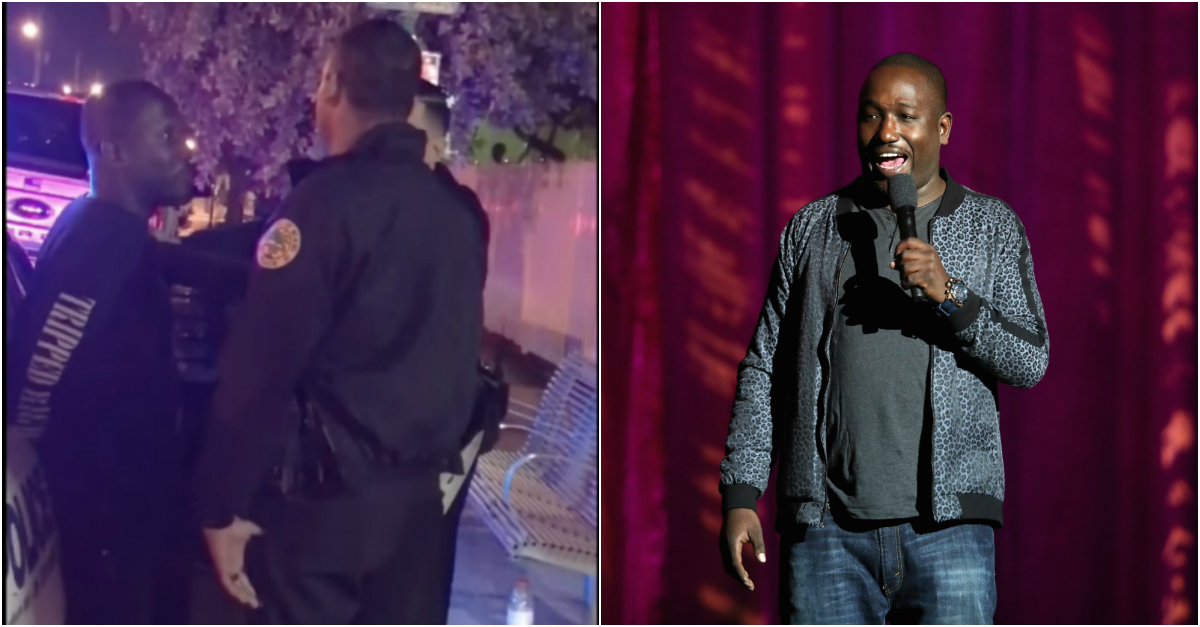 Popular stand-up comedian Hannibal Buress, known for his roles in Comedy Central’s “Broad City” and Adult Swim’s “The Eric Andre Show,” was recently involved in an altercation with police in Miami, which led to his eventual arrest for “disorderly intoxication” at around around 10:30 p.m., the Miami Police Department said in a tweet — and of course, somebody caught the whole thing on video.

The footage depicts a handcuffed Buress leaning against a police vehicle as he tries to convince cops not to arrest him.

?What am I detained for? Explain what I am detained for,? Buress yells a few times in the video, which was uploaded to YouTube by user Mitchell Wiggs.

?You don?t have probable cause for anything, and you look hella stupid right now,? Buress continues. ?You know y?all are goofy as fuck.?

Buress is eventually forced inside the back of the squad car after failing to follow the officers’ instructions.

As the altercation unfolds, onlookers can be heard yelling at the cops in defense of the famous comic.

Buress, 34, was booked into Miami-Dade Jail just before 2 a.m. and released around four hours later after posting bond, according to the Miami Herald.

RELATED: Hannibal Buress dished out some soul-crushing advice for the Class of 2017 in his heartbreakingly truthful commencement speech

Buress is known for his off-the-cuff and sometimes self-deprecating humor, but his best joke might have come earlier this year ? and he wasn?t even there to tell it!

During the premiere for the most recent ?Spider-Man,? movie, in which the comedian plays a minor role, Buress appeared on the red carpet, except it wasn?t really him.

Buress hired a body double to appear in his stead. Admittedly, the doppleganger didn?t look much like the comedian he was portraying. He donned a pair of wide sunglasses, but most of us weren?t fooled.

When @hannibalburess hits you up and tells you to crash the red carpet since he couldn't make it…. You crash the damn red carpet. PS: my driver will NOT STFU…. #standIn #bodyDouble #whichIsWhich #partyCrasher #redcarpet #weAllLookAlikeRight?

It turns out that the body double was an actor by the name of Joe Carroll. EW reported that Hannibal paid Carroll $500 for the gig. And Hannibal had some fun with the joke, tweeting out a picture of Carroll with the caption, ?I?m out here at the [‘Spider-Man’] premiere.?