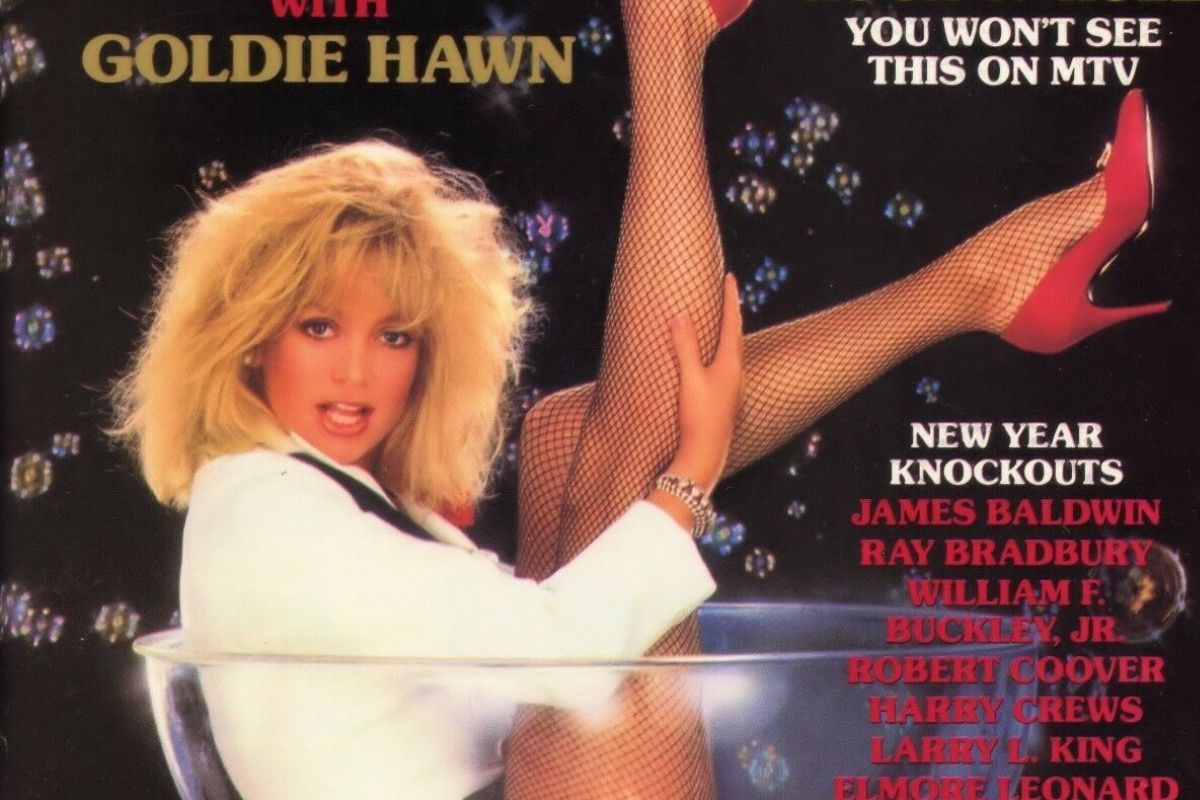 A little known secret about Goldie Hawn, a Hollywood actress best known for films like The First Wives Club, the Academy Award-winning Private Benjamin, Seems Like Old Times, and Shampoo is that in January 1985, she was on the front cover of the “Holiday Anniversary Issue” of Playboy Magazine.

For some reason, it’s a pretty hush-hush topic. However, every type of smut and glamour magazine wants a chance to shoot a big star, especially attractive women. Hugh Hefner may have been a perv, but he was a businessman, nonetheless. What moves money more than a Golden Globe-winning actress? Nothing. One of the reasons it’s seemed to have sunken into oblivion may have been due to her film that came out later that same year. In a film, she was her last film of the 80s, Overboard, next to Kurt Russell. This was their third time acting together.

She has appeared to cover three different Playboy magazine covers that year. She was in the United States, and Mexico covers for the playboy January 1985 issue and on the February 1985 cover for the Playboy France. The covers all have the same photo, her in a cute “drink me up, boys, I’m a  laugh-in-a-glass” look in a little martini glass. Her blonde hair is in that perfect 80s messy look, flexing her right foot in red stilettos, fishnets, and a dressy button-down and undone tie. Can you say Marilyn Monroe for the 80s?
Today, if you’re looking to score one of these, it can be done but not super easily! They’re far and few in between, it seems. However, you can find a few original vintage Goldie Hawn covers in Etsy and eBay’s collectible condition! You’ll have to get creative with your search though, try “Playboy 1985 Issue Goldie Hawn” or something along those lines. The French cover seems to be the hardest to find. May the force, or Goldie, be with you!