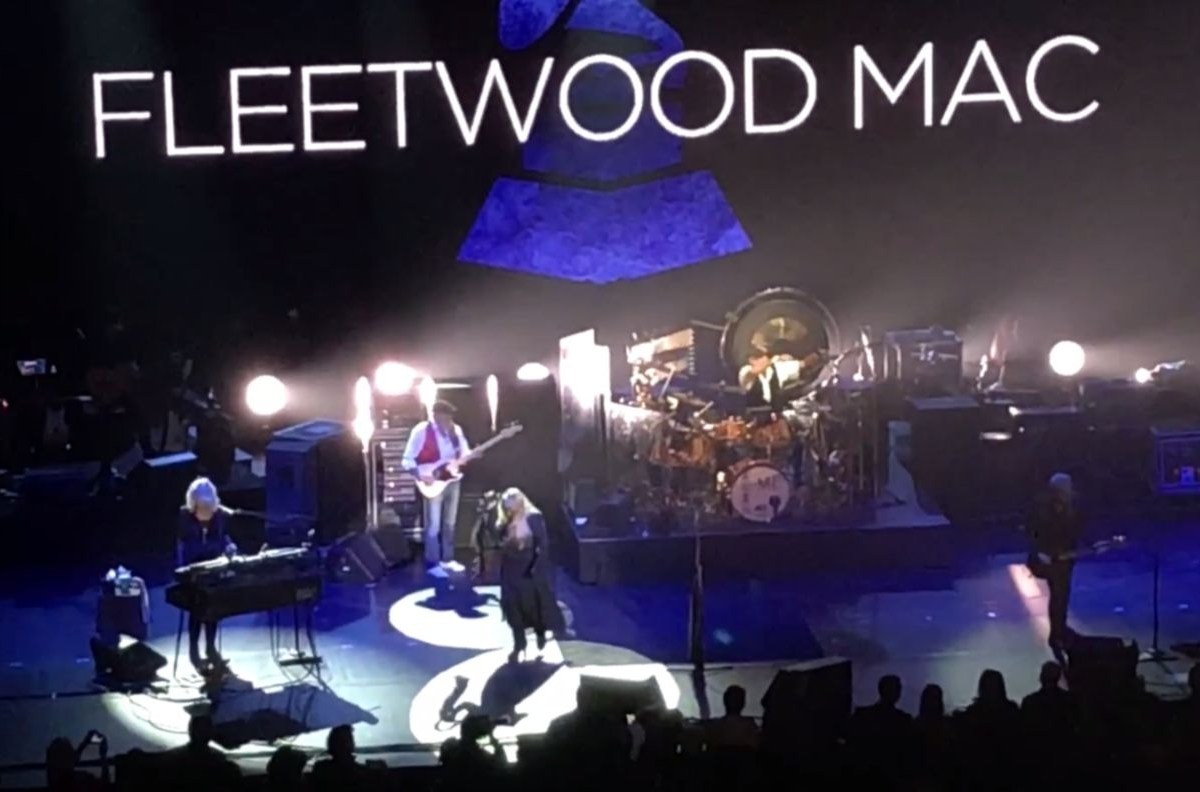 70s rock band Fleetwood Mac was honored Friday night as Persons of the Year by the Recording Academy and MusiCares. The honor comes ahead of the 70th Grammys.

Many artists paid tribute to the band legendary album, including a former member of One Direction Harry Styles.

“There are several things that I thought I would never be doing in my life. One is sharing the stage with these legends…let alone of having the honor of introducing them to the stage,” he said.

The band came to the stage, and he joined them for a performance of the song “The Chain.”

Former President Bill Clinton and his wife Hillary were also in attendance.  Fleetwood Mac’s song “Don’t Stop” was the theme for Clinton’s 1992 campaign. He said the song was played for him more than “Hail to the Chief.”

“I owe them more than any of you do, and I wouldn’t miss this for the world,” he said.

Clinton and Fleetwood Mac have something else in common: They’ve both won two Grammys in their careers; Clinton’s was for spoken-word recordings.

The band’s female singer also made a tribute to her dear friend during the night.

“The loss of Tom Petty has just about broken my heart,” she said, pointing out that his daughter was in attendance. “He was not only a good man to go down the river with, as Johnny Cash said, but he was a great father, and a great friend. My heart will never get over this.”

The Friday night event was held at Radio City Music Hall in New York City and raised $7 million for charity.