O.J. Simpson was banned from a Vegas casino, allegedly for being a rowdy nuisance 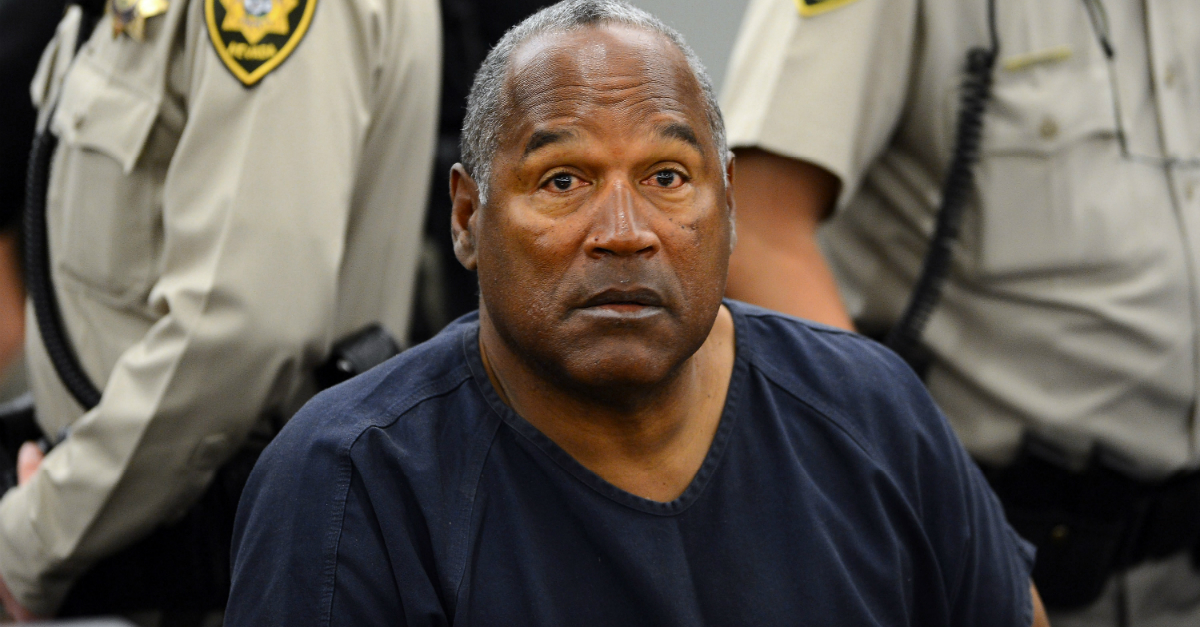 Ethan Miller/Getty Images
LAS VEGAS, NV - MAY 14: O.J. Simpson appears during a break in an evidentiary hearing in Clark County District Court on May 14, 2013 in Las Vegas, Nevada. Simpson, who is currently serving a nine-to-33-year sentence in state prison as a result of his October 2008 conviction for armed robbery and kidnapping charges, is using a writ of habeas corpus to seek a new trial, claiming he had such bad representation that his conviction should be reversed. (Photo by Ethan Miller/Getty Images)

Pro Football Hall of Famer, and one of the most controversial figures in American history, O.J. Simpson — who was released from a Nevada prison in October after serving time for armed robbery and assault — has been kicked out of a Las Vegas casino and banned for life for being belligerent, TMZ reports.

Simpson was reportedly inebriated at the Cosmopolitan in Vegas and became disruptive. TMZ said Simpson “was angry at hotel staff, and glasses broke at the bar.” Simpson was escorted off the premises by security and was banned for life from the property.

Simpson’s attorney Malcolm LaVergne confirmed to the Associated Press that Simpson was banned but claimed that Simpson wasn’t intoxicated or belligerent. He also said the Cosmopolitan gave no reason for the ban.

Since he’s been out, O.J. has reportedly been frequenting bars and other social gatherings in Las Vegas. He was granted parole upon his release, and it’s unclear at this time if the incident in the hotel will affect his parole standing in any way. LaVergne says Simpson met with his parole officer, who confirmed that Simpson was not under the influence of any substances.

TMZ recently shared this video of Vegas hotel and casino mogul Steve Wynn addressing the situation. “He’s too much excitement for us,” Wynn says when asked if O.J. should be allowed in his casinos.