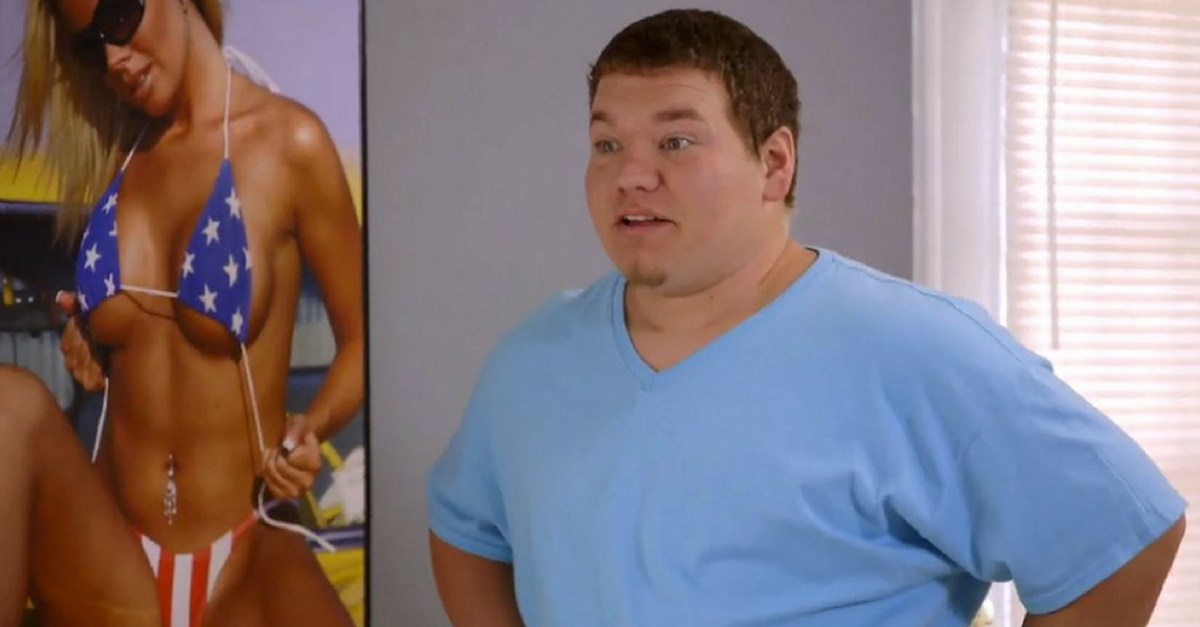 What began as a joke spiraled out of control on the latest episode of “Mama June: From Not to Hot” ended with Lauryn “Pumpkin” Shannon and her boyfriend moving out.

In the previous episode, Pumpkin’s boyfriend Joshua ?Josh? Efird moved into the family’s home after sharing the exciting news that they were expecting their first child. By Friday’s episode, it was clear Efird had gotten a little too comfortable already.

As a joke, he decided to decorate the living room with photos of women donning very little clothing. Needless to say, Mama June wasn’t laughing.

?What is this?? Mama June asked Pumpkin after discovering the pictures. ?What the hell is this shit? ?So you think because you move your little boyfriend in that can just decorate however the hell he wants to decorate it? I mean, you really like this??

RELATED: Sugar Bear couldn?t believe what he was hearing when Honey Boo Boo made this confession

Efird insisted he was “just messing with Pumpkin,” while his girlfriend doubled down saying the move was meant as “a fucking joke” and telling Mama June, “Clearly you can?t fucking take a joke!” Mama June, however, didn’t back down and the couple it all comes down to respect.

“Did you not say, ‘Baby, hold a minute. I don?t think mama would like this,'” she said. “You moved him in when I was gone. He?s been walking around here in his underwear, not cleaning up after himself. This is my house! I mean, are you really going to bring your child into tits and ass? Do you want this in your room?”

?Uh, first off, you?re not going to tell me how to mother my child. I?m sick and tired of you trying to tell me what to do, tell me how to live my f?? life,? Pumpkin fired back before she and Efird started packing their bags. ?Second of all, you?re always disrespecting Josh, and I?m tired of it. So you know what, go f? yourself!?

RELATED: Mama June and her new man are taking a huge step forward in their relationship after just a few months