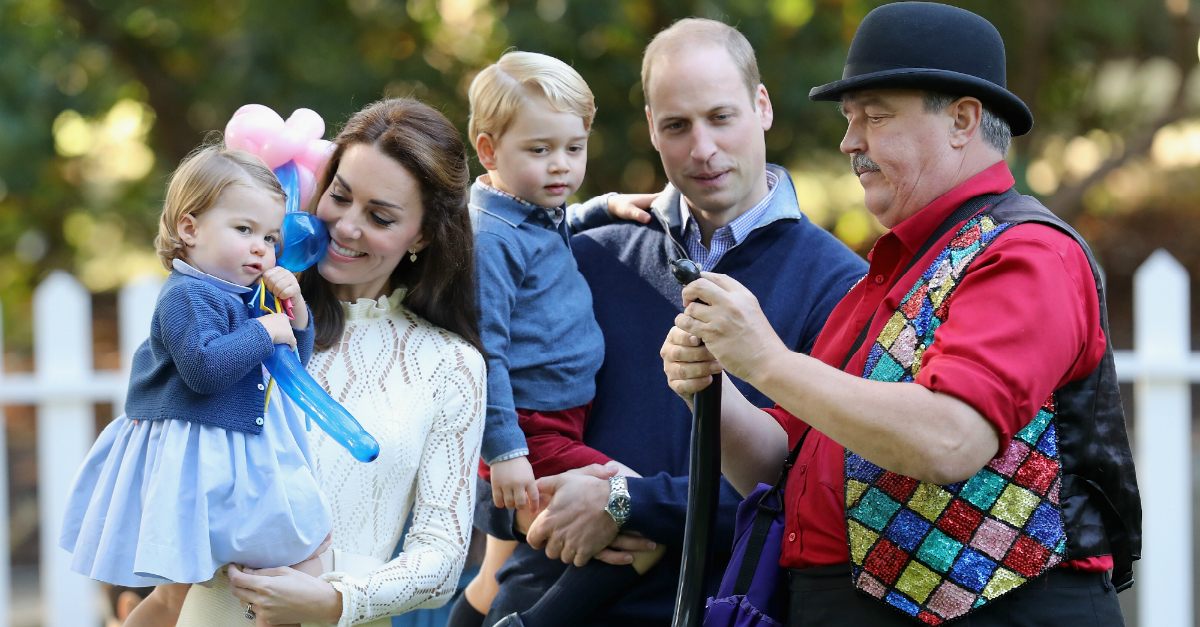 The third child of Prince William and Kate Middleton will apparently be treated like all other little siblings on the planet when he or she receives a bunch of hand-me-down toys instead of new ones, according to a recent report in Us Weekly.

According to one of the magazine’s royal sources, the unborn child’s bedroom “will be filled with hand-me-downs and George and Charlotte’s old toys.”

The report also claims that the royal couple will not be hiring any additional nannies after the birth; George and Charlotte are both in school, so William and Kate “feel they can handle everything with the same arrangement as before,” according to the source.

“At this point,” the source added, “they’re extremely confident in their parenting abilities — they’re absolute pros.”

Back in January, Duchess Catherine sprang into action when she saw a little boy who appeared ill in Coventry.

The duchess made an appearance with her husband Prince William about 110 miles northwest of their London home, and when the soon-to-be mother of three saw a little boy who looked like he was about to be sick, she knew what she had to do.

“Princess Kate came over and give him a sickbag, our little Craig,” learning mentor Carole Flynn told PEOPLE. “I think he was a little bit overcome.”

The 10 year old looked “quite pale” after waiting outside for three hours in anticipation of William and Kate’s arrival, and when the duchess came over to greet him, she was “concerned.”

“She came over to speak to him and noticed he was not very well. She asked if he was okay,” Flynn said. She said that after the encounter, Kate went over to her security team and returned to little Craig with a brown paper bag in hand, just in case he got sick.

“It was lovely of her,” Flynn said. “She really took time with him. You can tell she is a mom and has got that caring side.”

The good news is, Craig didn’t need that bag and is doing much better, according to Flynn.

Duchess Catherine’s third child is due in April. The couple’s daughter Princess Charlotte is apparently already ordering big brother Prince George around the family home, and she may have plans to do the same to their new little brother or sister.

The queen opened up about little Charlotte’s bossy tendencies over the weekend when she spoke to subjects at her Sandringham estate in Norfolk. The 91-year-old monarch was speaking to a little girl, Emily, who won a Bible signed by the queen, when she asked if the 10 year old “looked after” her little sister.

The child’s mom replied, “It’s the other way around.”

The queen reportedly joked, “It’s like that with Charlotte and and George.”