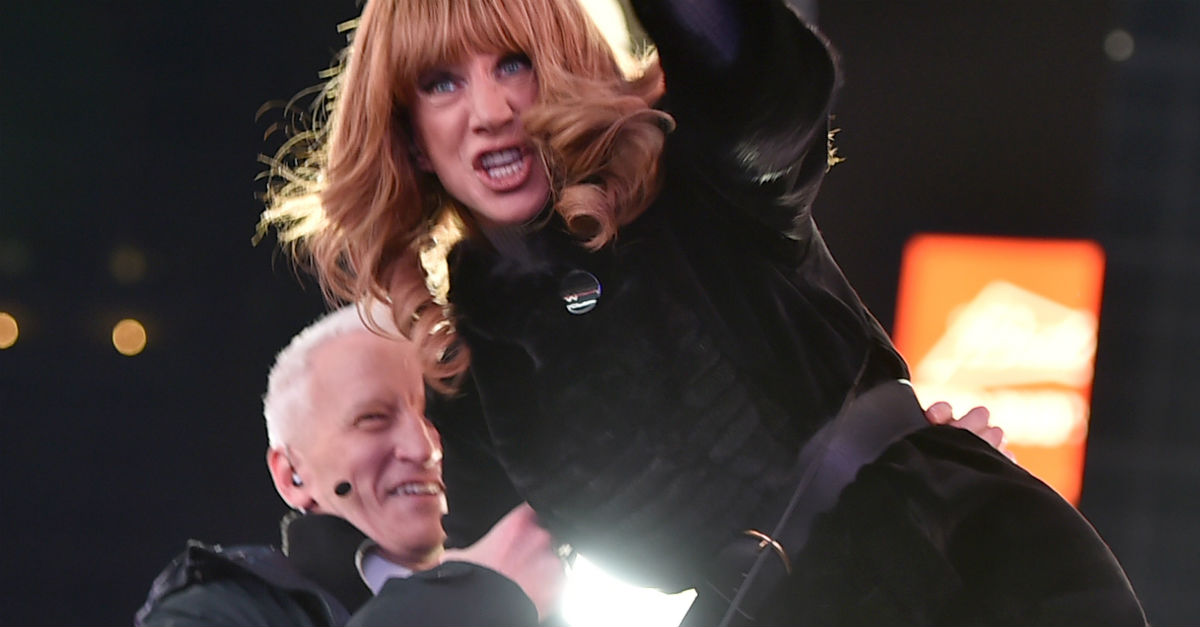 Comedian Kathy Griffin’s Twitter use the weekend before New Year’s Eve indicated that she wasn’t quite over her firing from CNN.

Griffin first made headlines when she tweeted a picture of herself holding a bloody, decapitated head of the president in May. The bloody image was criticized not only by the president?s supporters, but several of his critics as well.

Griffin co-hosted CNN?s New Year?s Eve special with anchor Anderson Cooper as early as 2007, but the network parted ways with the comedian shortly after she posted the scandalous picture. CNN released a statement saying that they found the image ?disgusting and offensive.?

On Friday, Griffin retweeted MSNBC’s Joy Reid after Reid shared an op-ed criticizing the decision to let her go.

The op-ed, published in The Salt Lake Tribune, argued that Griffin was the main appeal of “New Year?s Eve Live.”

“The punishment did not fit the crime. And suggestions that Griffin threatened Trump?s life were politically motivated garbage,” declare author Scott D. Pierce.

“Make no mistake, Shields? and Griffin?s joke was a horrible idea. It was tasteless, stupid and unfunny,” he continued. “But if every comedian who told a terrible joke lost his or her job, there?d be no comedians.”

Following the controversy, Cooper and Griffin?s friendship was also put on the rocks. Cooper disavowed the image, saying, ?For the record, I am appalled by the photo shoot Kathy Griffin took part in. It is clearly disgusting and completely inappropriate.?

It was announced in August that Griffin and Cooper?s long-term friendship was officially over following the scandal.

Griffin was replaced by Andy Cohen, who confirmed the news via tweet in October.

The news is out! I'm co-hosting New Year's Eve on CNN with @andersoncooper and I could not be more excited!

RELATED: Kathy Griffin now has a theory that one tweet from President Trump wrecked her career