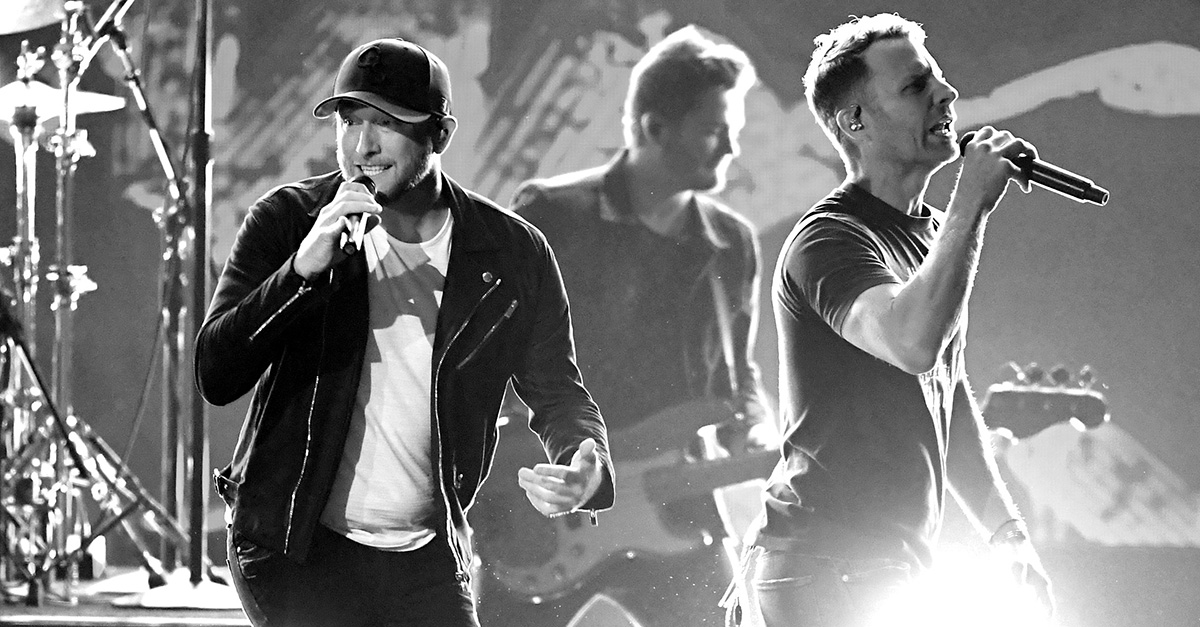 Cole Swindell and Dierks Bentley have been performing their upbeat duet ?Flatliner? for fans all year long on Dierks? What the Hell World Tour, but on Sunday night, the two buddies brought the song to a whole new level when they tore up the stage at the T-Mobile Arena in Las Vegas at the 52nd annual Academy of Country Music Awards.

The Twitter clip above shows that Cole and Dierks couldn?t look any hotter! They worked the stage with a ton of enthusiasm, as fans and famous faces looked on. Cole delivered the thumping party anthem?s first verse before both hunks blended their slick harmonies together on the chorus. Then, co-host of the show Dierks channeled the second set of lyrics. The audience just couldn’t help but dance along to the beat! Hey, what more did we need, right?

Cole penned ?Flatliner? with writers Jaron Boyer and Matt Bronleewe. The song is the third single from the crooner?s gold-selling, second studio album, ?You Should Be Here.? Cole and Dierks debuted the music video for the song earlier this month.

?I?ve waited and worked a long time for this moment,? said Cole during a pre-awards show press conference, ?everybody that knows me knows that I?m a huge Dierks fan, and before I got my record deal, before ?Chillin? It? and all that, I wrote, ?Flatliner? with Dierks in mind.”

Though Cole was not in the running for an award this year, his buddy Dierks was nominated for Male Vocalist of the Year, Album of the Year and Vocal Event of the Year.