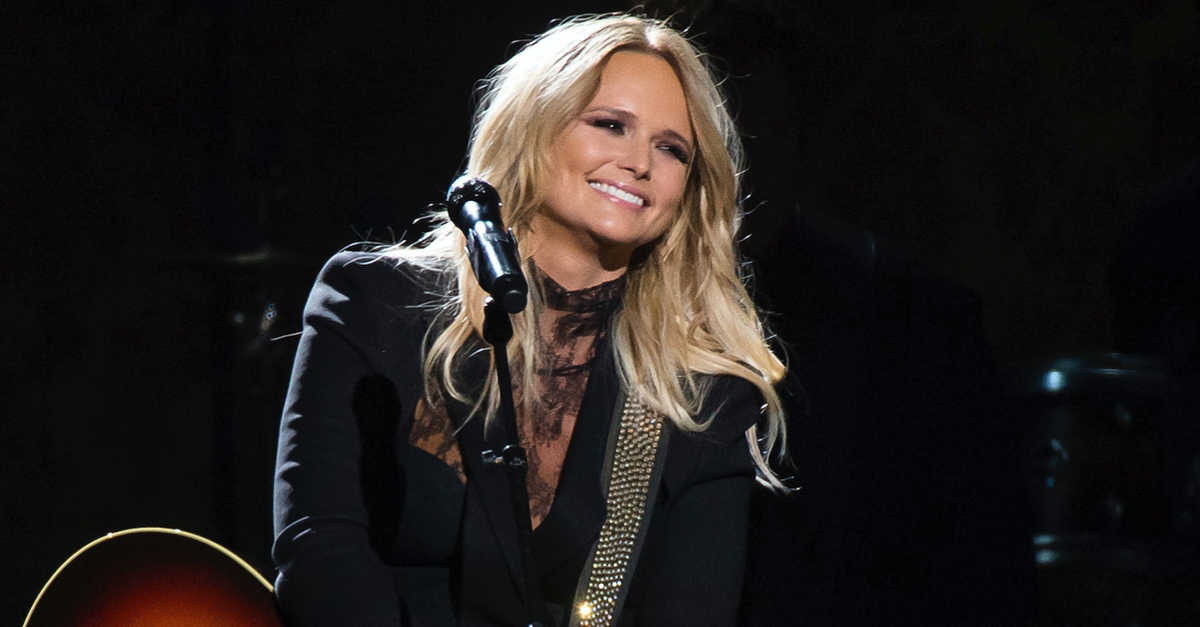 With the Academy of Country Music Awards in Las Vegas on Sunday, April 2, most of Nashville’s country music community has been making the journey west. Flights from BNA to LAS have been packed with country superstars, musicians, songwriters, producers, industry executives, media hacks and radio personalities. The flights that actually took off anyway.

Apparently storms crossing the United States delayed many flights out of Nashville and others were diverted from landing in Vegas.

That’s what happened to Miranda Lambert. In a March 31 post on her Instagram page, the country star shared a photo of herself standing at the door of a passenger van uncorking a bottle of wine. Ran writes, “Y’all…ACM Awards or bust! Storms diverted our plane to Laughlin, Nevada. So… rent a car set up the bar! Vegas here we come. Thanks Curt Jenkins for drivin’! Best TM ever!”

RELATED: Fans went wild when Miranda Lambert tore through these hits at her concert

The smile on Miranda’s face seems to say that not only is she tickled with her five nominations at this year’s ACM Awards, but she’s also looking forward to having a blast in Vegas.

See you there, Ran! The ACM Awards broadcast live from Las Vegas April 2 on CBS.