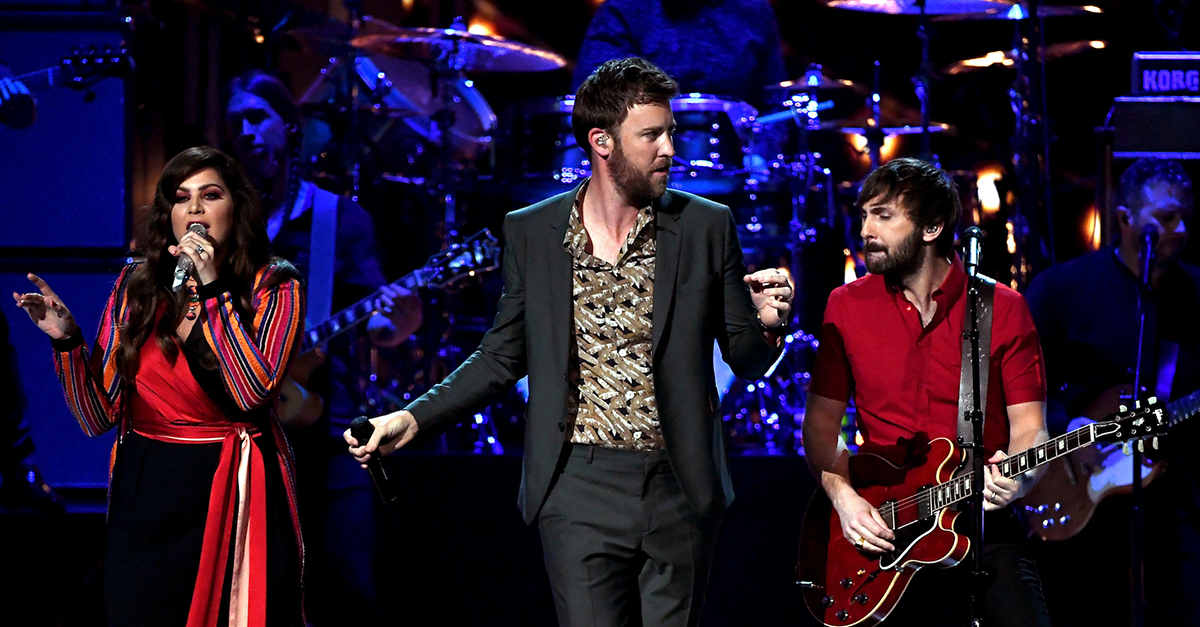 Lady Antebellum delivered one of the biggest moments at the ACM Awards with their huge performance of “You Look Good.” They kicked off the grooving song backed up by a group of horn players, including a few musicians who’ve played with the likes of Adele, Taylor Swift and Justin Timberlake.

By the the time the song was finished, the UNLV marching band’s horn section had joined Lady A onstage to form a massive wall of sound.

RELATED: Listen to Lady Antebellum up the sex factor on their new comeback single

Dave goes on to compare performing with 47 horn players to “standing in front of an airplane engine.”

“It was just electric,” Dave explains. “It’s so loud and so exciting and so amazing when you’ve got 47 people facing you playing live brass instruments. For me, it was the highlight of any performance we’ve done on television.”

As you can tell from the audience shots during Lady A’s performance, their fellow stars were digging the groove of “You Look Good” in a big way. Since the song marks a new direction for the band, Dave admits they were nervous no one would stand up for the performance. Then stars like Reba McEntire, Jason Aldean and Maren Morris all immediately stood up and started grooving along as soon as they hit the opening notes.

Says Dave, “It was like, ‘OK, everybody’s up. We’ve got a party. That was one of the most heart-warming feelings to see Maren Morris and Reba and all these people dancing along. I was like, ‘This is fun. This is an absolute blast and an absolute party of a song.'”

“You Look Good” is the lead single from Lady Antebellum’s upcoming album, “Heart Break,” due out June 9. Tickets are now on sale through Ticketmaster.com for Lady A’s You Look Good Tour, launching May 26 in Bakersfield, California.