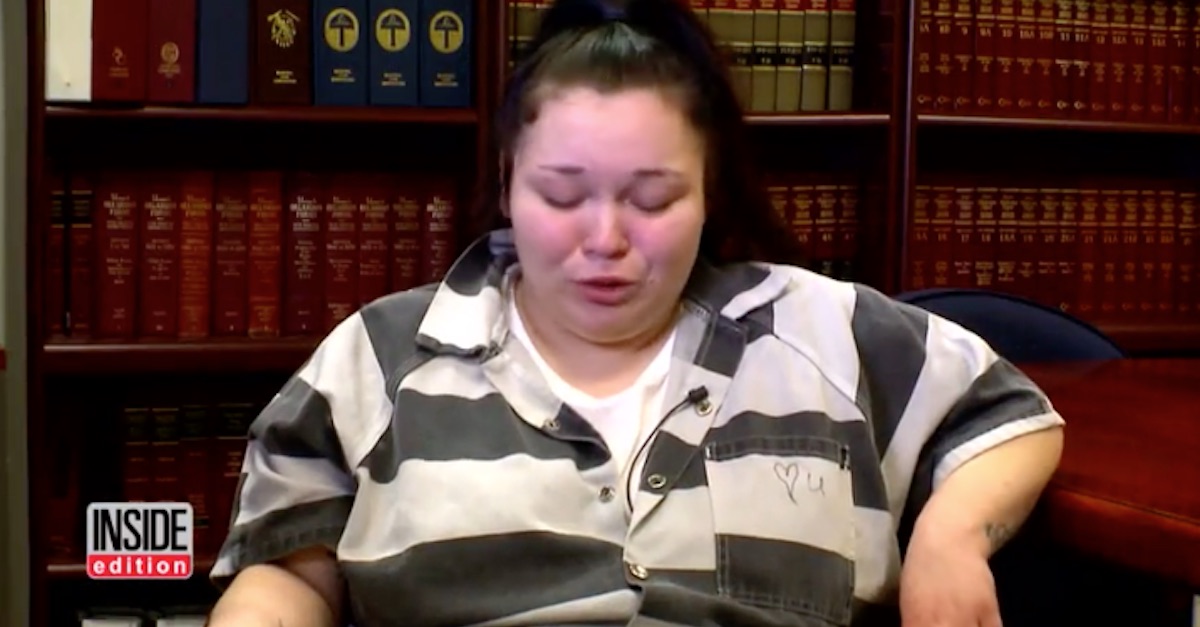 The latest development in the attempted robbery case out of Wagoner County, Okla. had been that 23-year-old Zachary Peters acted within his rights to self-defense when he shot and killed three teenage armed robbers with an AR-15.

Police made that announcement Monday.

RELATED: The grandpa of one of three armed robber teens shot dead by an AR-15 believes ?they did not deserve to die?

Today, 21-year-old Elizabeth Rodriguez pleaded not guilty to three first-degree murder charges. Rodriguez, who fled the scene when shots were fired and later turned herself in, is being held responsible for the killings for her role in the robbery under Oklahoma law.

According to NewsOn6, Rodriguez told investigators that she heard the Peters family had money and expensive items and that’s why the home was targeted. She also said she planned the robbery. Rodriguez added that while she waited for the three teens to rob the home, she threw items from the garage into the trunk of her car.

Then the shots rang out.

?I know what we did was stupid and wrong,? Rodriguez told ABC News in a separate interview. ?I don?t blame [Peters] [?] I understand why he did what he did. I mean, I do to an extent.?

As ABC News noted elsewhere, Oklahoma law “allows people to be charged with murder if they take part in a crime in which another person is killed, even if they did not take part in the killing.”

Increased attention to the story came after the grandfather of one of the robbers spoke to the media, saying that killing all three with an AR-15 was not necessary.

?What these three boys did was stupid,? Leroy Schumacher, grandfather of Jacob Redfearn told KTUL. ?They knew they could be punished for it but they did not deserve to die. Brass knuckles against an AR-15, come on, who was afraid for their life??

?There?s got to be a limit to that law. I mean he shot all three of them; there was no need for that,? he added.

The grandfather says that while he does support the Second Amendment, he doesn?t agree with shooting to kill intruders.