This was perhaps the dirtiest answer ever given on Family Feud 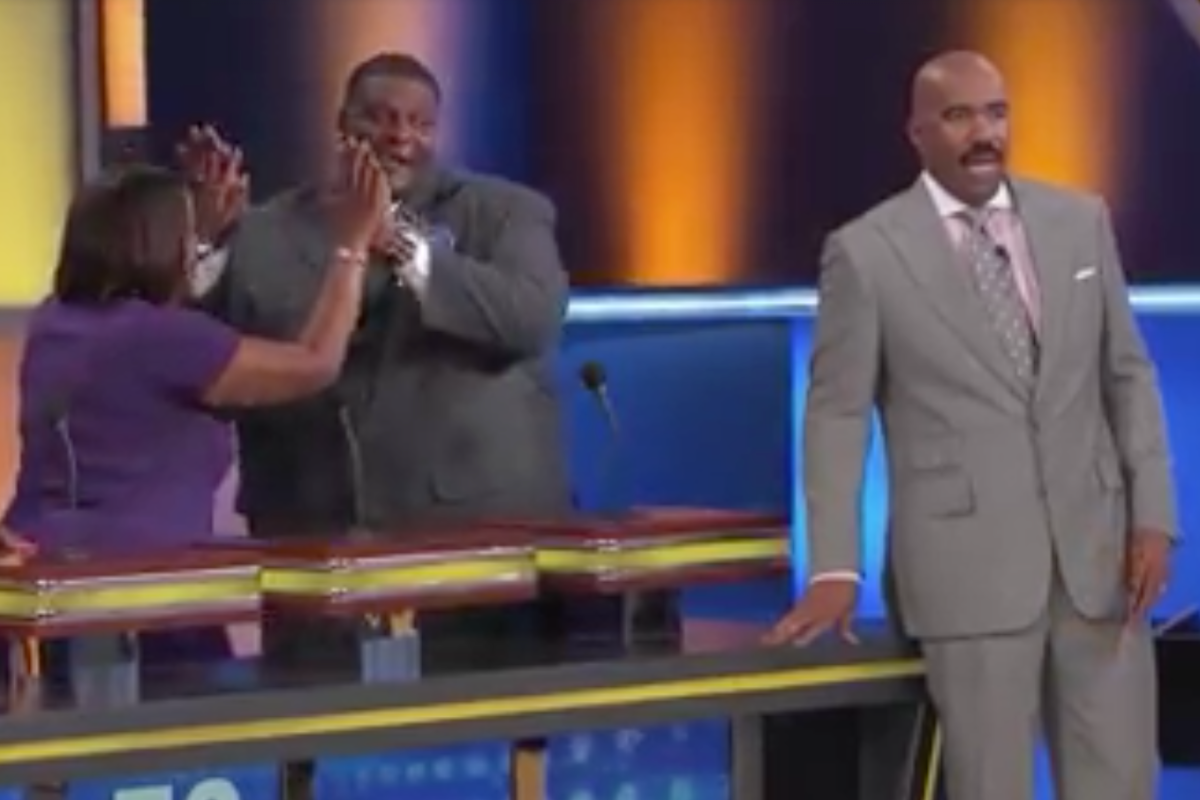 This was perhaps the dirtiest answer ever given on Family Feud.

If another example comes to mind, by all means let us know in the comments, but right now contestant Kevin is in a league of his own.

The show’s esteemed host Steve Harvey said “Tell me the last thing you put your finger in” and Kevin answered “my wife, Steve.” This as his wife stood right next to him.

But according to her, the answer warranted a double high-five.

Everyone one else in the family, as custom demands, mindlessly yelled “Good answer! Good answer!” and, of course, it didn’t show up on the board.

Then Harvey asked the wife, Ryan, to give an answer, but before she could do that the host swung his head around and looked right at Kevin.

There is no end to the sexy snark on Family Feud these days.  Since Steve Harvey took over as host the show has been more popular than ever. The writers have taken a turn toward more suggestive material, and Steve is quick to escalate the hilarity.  He always has a quick and funny comeback, and his facial expressions are priceless.  It seems that viewers can’t get enough of watching seemingly innocent contestants saying things they never thought they would say on national television. Is the show still a “family” show? Hope you don’t have to explain all of these things to little kiddos.