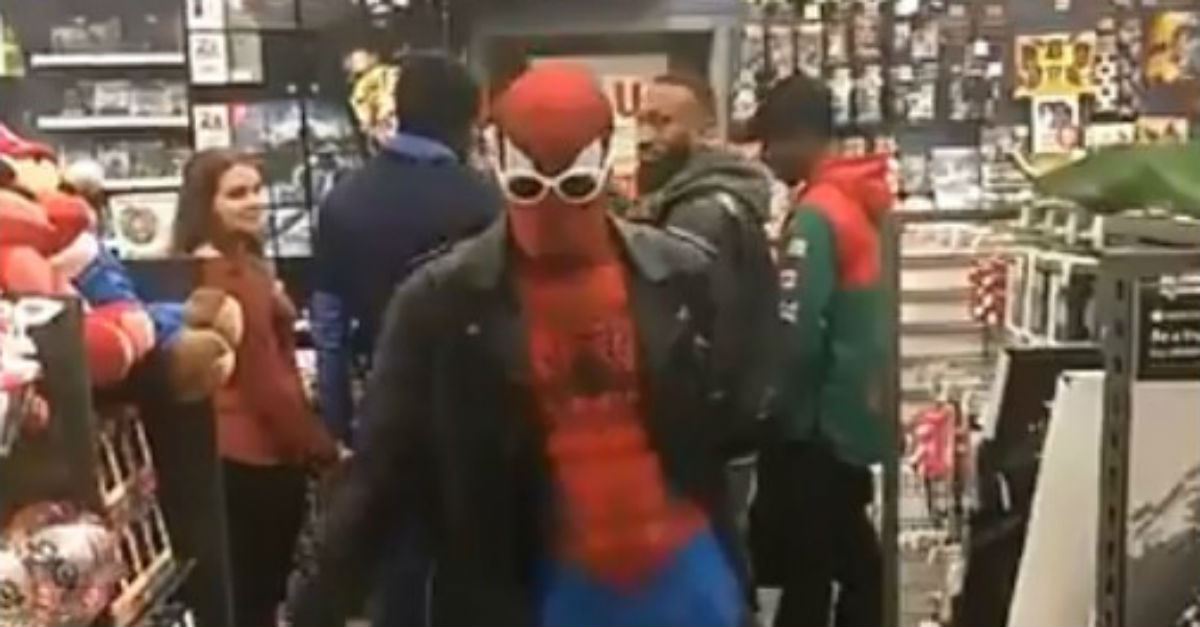 A Twitter user who goes by Mille Batson (@lokivy) tweeted out a series of dance videos of a person jamming out to a-ha’s “Take On Me.” The person behind the superhero mask, who Batson later explained calls himself Ghetto Spider, was reportedly a 16-year-old who hails from Memphis, Tennessee.

Both Ghetto Spidey’s legendary moves and Memphis culture were appreciated by all who saw them, especially on social media.

This is my favorite thing on the entire internet. Full stop. https://t.co/Dbqmh9ms8S

Memphis has culture and this is it.

Some were appalled that no one rushed to Ghetto Spider’s side in an effort to hype up the Memphis teen’s stunning hip hop performance.

Others wondered how amazing it would be if they watched the same viral video, but with Deadpool.

Can imagine @VancityReynolds In full Deadpool mode doing this.

OMG THIS WOULD BE AWESOME

Ghetto Spider teamed up with Deadpool late last year in a dance-off that reached the corners of the internet, though we’re guessing the person behind this Deadpool’s mask was not Ryan Reynolds.

More of Ghetto Spider’s moves can be found on his YouTube channel and Instagram. Ghetto Spider may not actually be a part of Marvel’s Avengers, but he sure is a superhero of his own, with the powers of spreading happiness and laughter among all who surf the Internet… which is basically everyone.

With just over 350,000 subscribers, this guy has definitely become more and more popular and is still making plenty of great videos.

Editor’s note: This article was originally published on February 18, 2018.

Watch: Preschooler Hilariously Breaks it Down on Stage During Her Graduation Ceremony