Even since he’s been elected to the highest office in the land, President Trump has made some pretty substantial slip-ups.

Last week, he declared, “you look at what’s happening last night in Sweden,” but nobody — even Swedes — knew what he was referencing.

RELATED: Stephen Colbert apologizes on behalf of all the Stephens in the world

Almost immediately, the late-night hosts jumped on the president’s mistake.

On Monday night’s show, left-leaning funnyman Stephen Colbert lampooned the president, referencing a tweet by a former Swedish Prime Minister that wondered “what has he [Trump] been smoking.”

Colbert then switched gears to poke fun at the president’s habit of skipping intelligence briefings in favor of morning talk shows, saying, “he only accepts the briefings if they have the logo ‘as seen on TV.'” 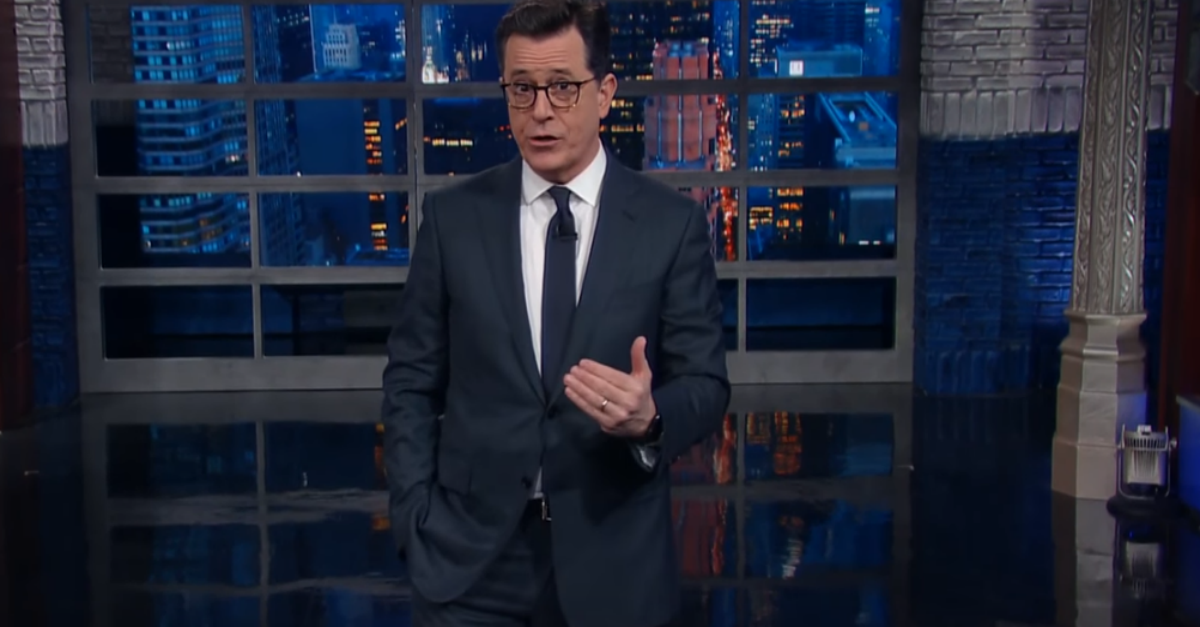