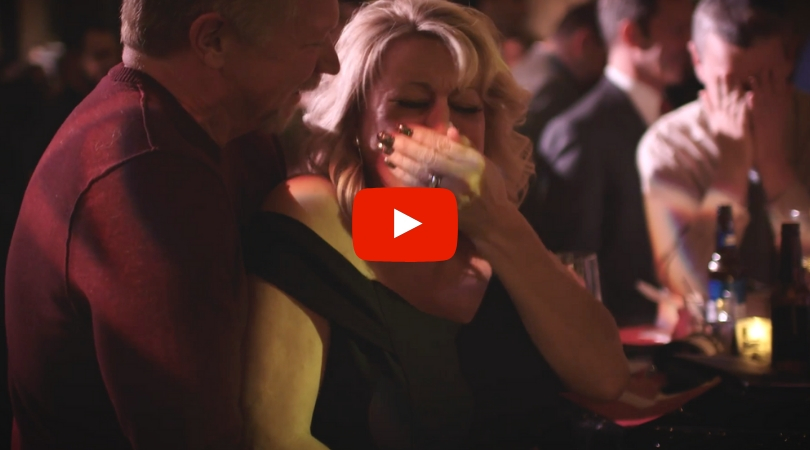 Well, it looks like these employees got one heck of a Christmas gift that they will never forget. One of the largest commercial real estate firms in the mid-Atlantic has announced they have decided to surprise their 198 employees with a big fat $10 million bonus check. You know, the usual. Just money lying around for them at this point.

The touching gift was all caught on video, where you can see employees at the company’s Holiday party confused and shocked at the same time after opening a special red envelope. St. John Properties stated the surprise was a way to celebrate the company’s goal of developing 20 million square feet of office, flex/RD&D, retail and warehouse space in eight states.

The works will be paid based a bonus which was based on their years of service, with the average employee receiving at least $50,000. Which I mean, that’s still quite a large amount of money if you ask me. I’d still take it in a heartbeat.

Through a press release, the company explained how they wanted to celebrate the achievement of their goal, and wanted to reward the employee ” in a big way that would make a significant impact on their lives.” Company founder and chairman Edward St. John also stated that he was thankful for every single employee, for their hard work and especially their dedication to the company. Their main goal this year was to develop 20 million square feet of office, flex/RD&D, retail and warehouse space in eight states.

The bonus will be on top of the company’s annual year-end bonus and other benefits. Talk about a lucky, lucky crowd. This is how you treat your employees, bosses! Merry Christmas St. John Properties. I hope you put that money to good use!

Watch: Odell Beckham Jr.?s Net Worth is More Impressive Than His Catches