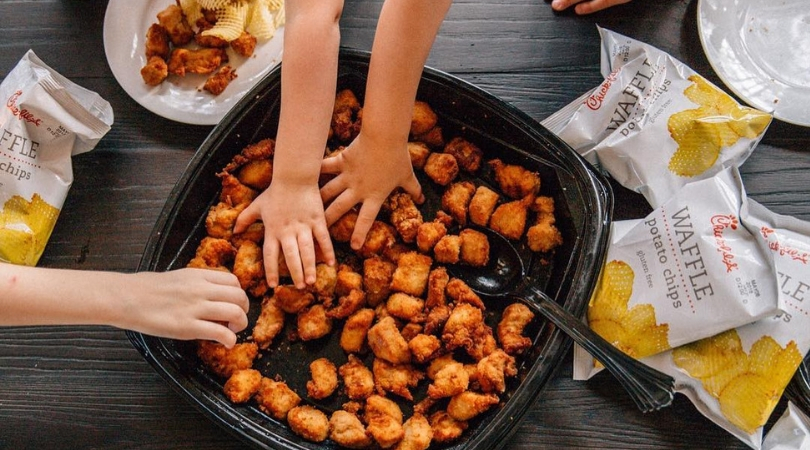 Chick-fil-A. The holy grail of all holy grails. There’s something about that place that just makes everything better. Whether it’s that yummy cold milkshake, or that delicious chicken burger dipped in Polynesian sauce, you know it’s going to be good. But…have you ever wondered how the Chick-fil-A nugget was created?

Believe it or not, nuggets have a long history of inspiring new items at Chick-fil-A, and could even be considered silent heroes of delivering on customer requests. It all began in 1980 when customers craved the Chick-fil-A chicken sandwich so much that they started begging restaurant owners for bit sized portions to eat by hand, or serve at special events and parties. The trend quickly began popular, that by 1982, Chick-fil-A introduced the 6 piece nugget option.

Because every day is a good day for Nuggets, don't you think? 🤔

So, by 1984 it was obviously clear to the Chick-Fil-A Gods that customers loved the nuggets, but they wanted a flavor boost. That’s when the company introduced Barbecue, Honey Mustard, and Polynesian sauces, which are the three modern-day favorites. It wasn’t until 2006 that their most popular sauce, Chick-fil-A Sauce (More like crack if you ask me! Have you TASTED that delicious thing?!), made its way to the big menu.

Of course, these nuggets aren’t just for lunch or dinner, to make everything better, there is also a breakfast option. The Chick-n-Minis are nuggets served on a roll with honey butter spread, which was introduced in 2014 and has since become one of the most popular breakfast items on the menu. That same year grilled nuggets were also introduced to provide a light option for those who prefer low-calorie nuggets.

As the demand for more nuggets grew, and the need to share these delicious bite-size nuggs, the nugget party trays were introduced in 1989. That’s not all! A 30-count nugget option was also added to the menu this year, and honestly, I wouldn’t mind buying it and snacking on it the whole day. Sorry, not sorry.

Hey, Chick-fil-A…I love you, but can we get the chicken salad back, though?