There’s not a butt on this cake, just a butthole. One that’s being portrayed as actively doing its job. The butthole is the sideshow though. The main attraction on this cake is the baby’s head exploding out of a bleeding and open (and half-heartedly groomed) vagina like an alien chest burster. This is probably the worst use of strawberry jam ever recorded. 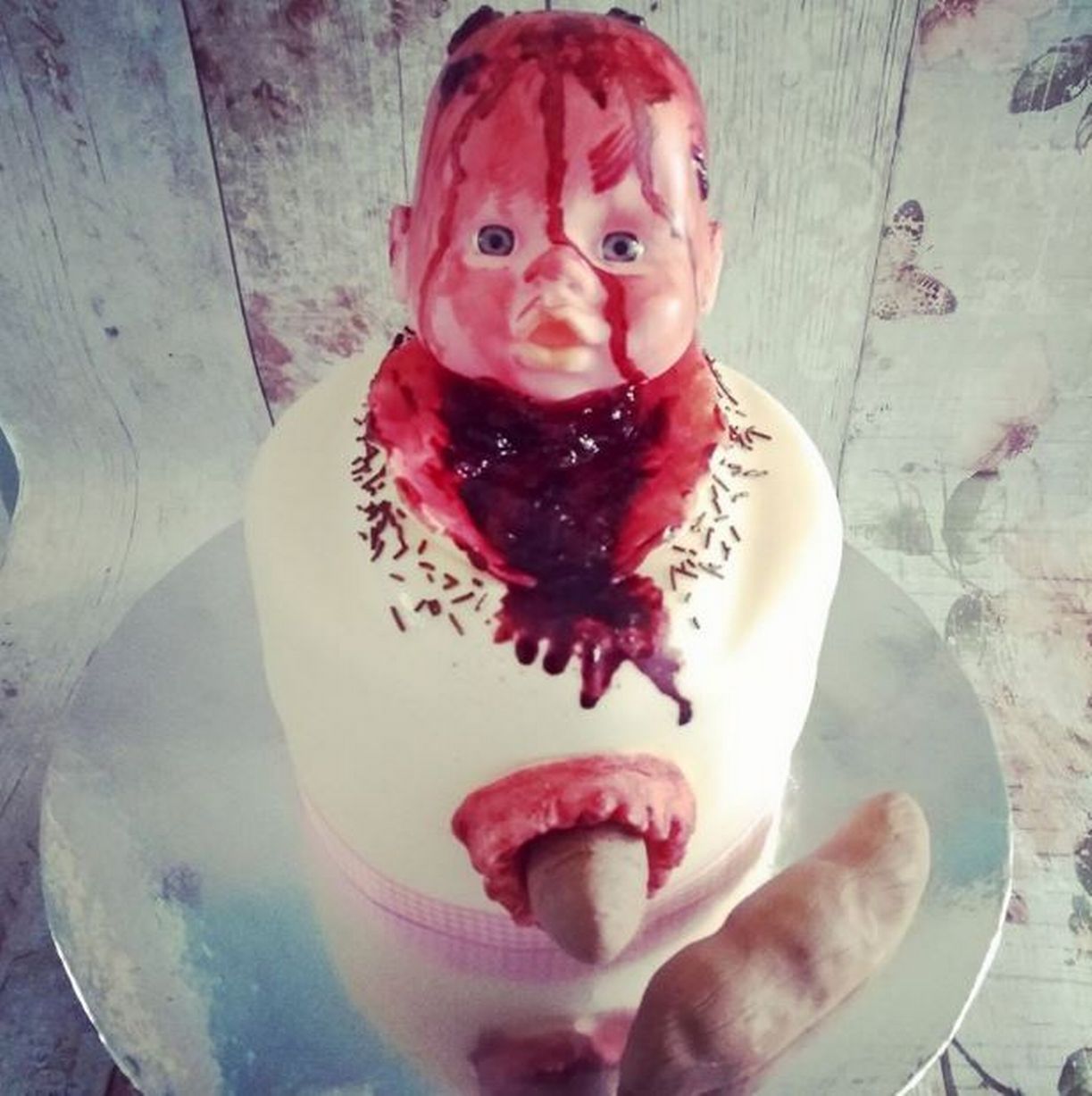 Wait! Stop! Don’t run to the kitchen to pour bleach in your eyes! It won’t erase the image from your memory. Trust me. I’m writing this article on a braille keyboard.

Cake maker Rebecca Pilkington of Cake O Rama in Lowton, England was asked to make the cake portraying birth in all its horrible, miraculous, gross, incredible, messy glory. She pretty much nailed it. The cake itself is a sponge cake. The frosting is buttercream, the afterbirth/blood is strawberry jam, and the pubes (Jesus Christ) are chocolate sprinkles.

That butthole is going to haunt my nightmares.

According to the Manchester Evening News, however, everyone involved with the baby shower loved the cake. Which, fair enough. It’s not that it’s not funny. It’s just that, my God, it is graphic. It looks like the parts of a Ren and Stimpy cartoon that make you audibly gag.