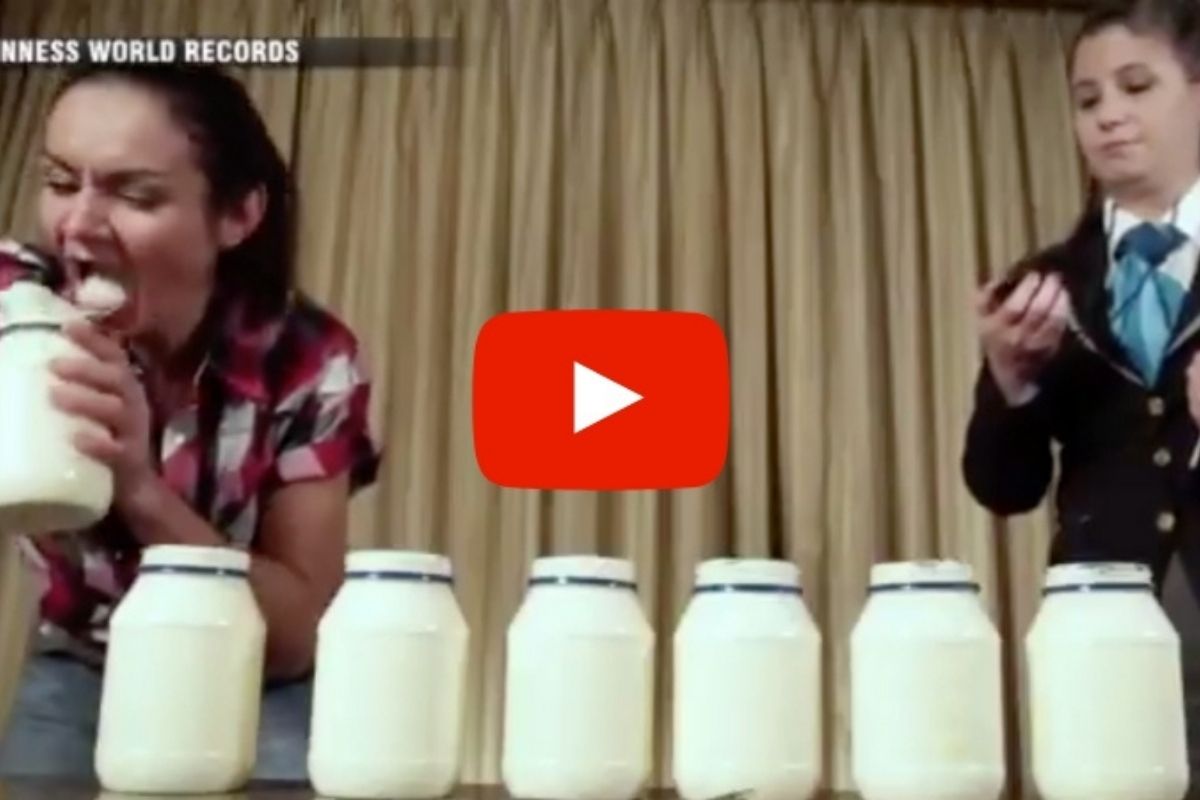 When I was in third grade, I used to carpool with one of my classmates. We were next-door neighbors so his mom and my mom would each alternate days to pick us up. But that quickly ended when I basically told my mom that I was so grossed out by her. Why? Because she used to snack on literal mayonnaise packets, and basically suck them dry. I know, I know, so gross. But she did, that was her midday snack for some reason.

So, basically, I grew up having a love-hate relationship with Mayonnaise. I’ll eat it when I have to, but I will try to avoid it at all costs. Which is why I nearly threw up after watching this video. I’ll be honest, I couldn’t even get through it.

Turns out a speed eater who doesn’t waste any time demolishing her meals ate more than three whole jars of mayonnaise in a matter of minutes. Yes, Michelle “Cardboard Shell” Lesco broke the Guinness World Record for the most mayo consumed in 3 minutes. The petite woman, standing at 5 foot, 4 inches, downed 3.5 jars of the condiment, which rounds up to roughly 86.35 ounces. If you’re wondering how, no worries, Lesco is no stranger to speed-eating.

I love mayonnaise, but this video made me gag a little! She’s attempting to break the record for eating the most mayo in 3 minutes 🤢 She ate 3 1/2 jars, which is a new record! pic.twitter.com/i44fA93teJ

She also holds the record for the fastest time eating a hot dog at 21.60 seconds with no hands and the fastest time to eat a bowl of pasta at 26.69 seconds. To say this woman is impressive is an understatement. She is currently ranked #9 in the world by the International Federation of Competitive Eaters and Major League Eating. So, safe to say the Math Teacher from Arizona has proven herself to be the ultimate foodie.

Lesco first got involved with competitive eating after her friends backed out of an eating challenge that they were supposed to do together. Her two male friends backed out of eating a 12 patty, 12 slices of cheese lettuce, tomato, and a burger, but she decided to go ahead and tackle the challenge. Ever since she has been hooked on doing competitions. Luckily, she stated that her metabolism contributes to her ability to push down large quantities of food.

Editors Note: This article was originally published on August 30, 2019.