Thanksgiving Foods Your Dog Can, and Cannot, Safely Eat 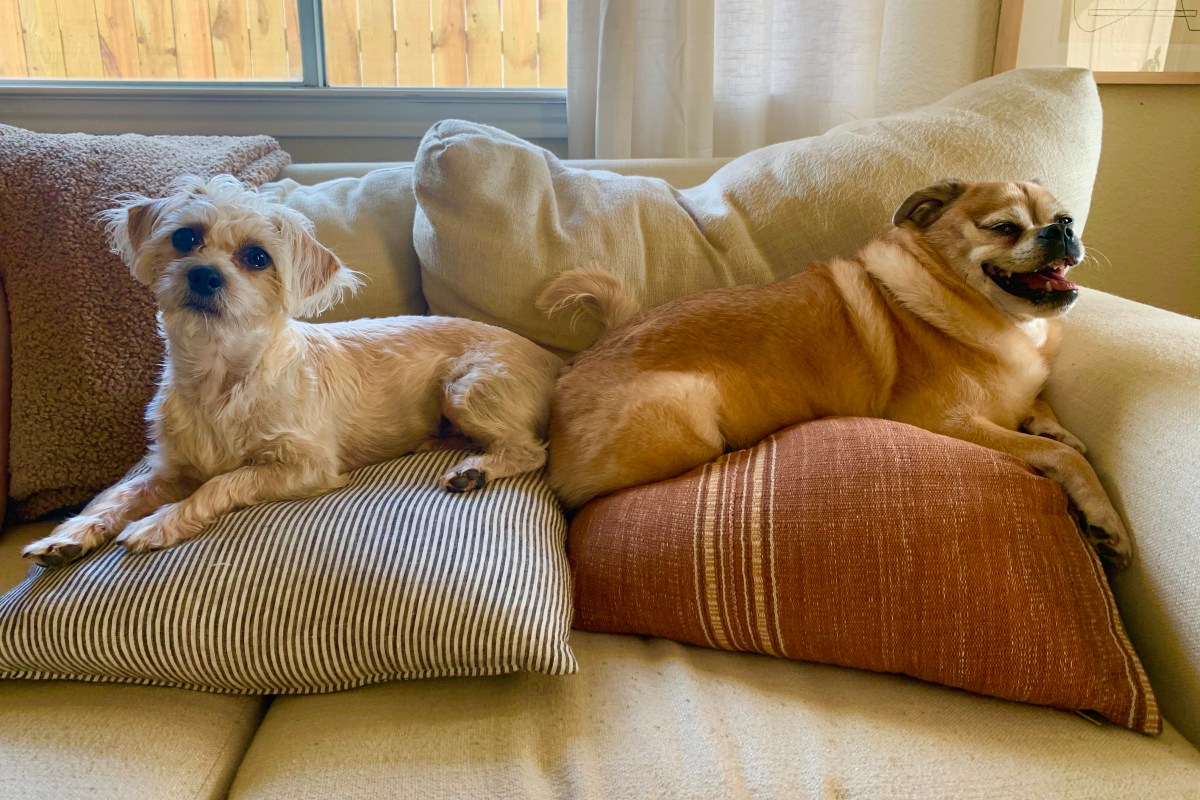 There isn’t a day that goes by that your dog doesn’t want table scraps from dinner, so when they see the Thanksgiving Day spread laid out in the dining room you better believe they’ll want to get in on that sweet, sweet human food. Though you may be in the giving spirit, don’t hand out Turkey Day treats willie nillie. There are some foods dogs cannot and should not eat. Including some you might think are okay.

Thanksgiving Foods To Keep Out of Reach From Your Pooch

Anything with Onions or Garlic

They can cause anemia so, while stuffing and green bean casserole probably aren’t what you’d be offering your pup anyway, definitely avoid letting them lick your plate if either dish is on it.

The yeast in the bread dough can give them gas. Again, it’s not an obvious food you’d give your dog (i.e. not meat) but a bad one to give them none the less.

Too much sugar is as bad for our four-legged friends as it is for us. Obviously dogs will eat pretty much anything, so while it may look like they love that pumpkin pie (and they probably do) maybe avoid the sugar and potential kidney failure that can come with overindulgence. Dogs have blood sugar levels too.

Best to avoid the cranberry sauce too.

The Thanksgiving turkey is not a hard no but you should be cautious when giving dogs some bird. First, beware of bones in the meat! DO NOT give them meat with bones. The tiny little turkey bones will splinter when they’re chewing. They’ll cut the dogs’ gums, throat, and digestive tract. Typically it is best to avoid causing internal bleeding in your pets. The bones can also cause gastrointestinal distress (i.e. an upset stomach). That could lead to vomiting or diarrhea.

But that’s not all with turkey!

If you are going to sneak your dog a (definitely boneless!) scrap of turkey, make sure it is not salted or covered in gravy. Salty food is bad for a dog’s pancreas and causes pancreatitis, as well as more of that kidney failure.

Keep in mind that turkey skin is especially salty and seasoned, so definitely avoid giving your dog a bite of that.

The only turkey a dog should be having, if any at all, is a nice bland piece of meat with zero skin or bones or gravy.

Also, do not give your dogs raw turkey.

This holiday meal favorite is typically pretty salty and well-seasoned so it’s best to avoid letting your dog have a taste of America’s favorite Thanksgiving table side dish. Between the salt and the butter and cheese and/or sour cream (dogs don’t do well with lactose) mashed potatoes are a minefield of doggy no-nos.

Please don’t do this?

Foods From Your Thanksgiving Feast That are Safe For Dogs

Raw carrots, raw corn (off the cob), raw pumpkin, and raw green beans are fine. It’s only after these things are cooked and seasoned, or turned into pie filling, where they become promlematic.

Yes, it’s on here twice. It’s best to warn you about all the ways feeding your dog turkey is dangerous before we go ahead and say, again, that a plain, unsalted, boneless and skinless piece of cooked turkey is okay for your dog.

But really, be careful. Especially of the bones!

Like the raw veggies, this is okay as well. But just make sure there aren’t any melted marshmallows on them. Again, it’s got to be raw or at least unseasoned. Do not feed them sweet potatoes that have had sugar, sugar substitute, or an artificial sweetener like xylitol already added.

With this knowledge, you, your family members, and Fido can have a fun and safe Thanksgiving.