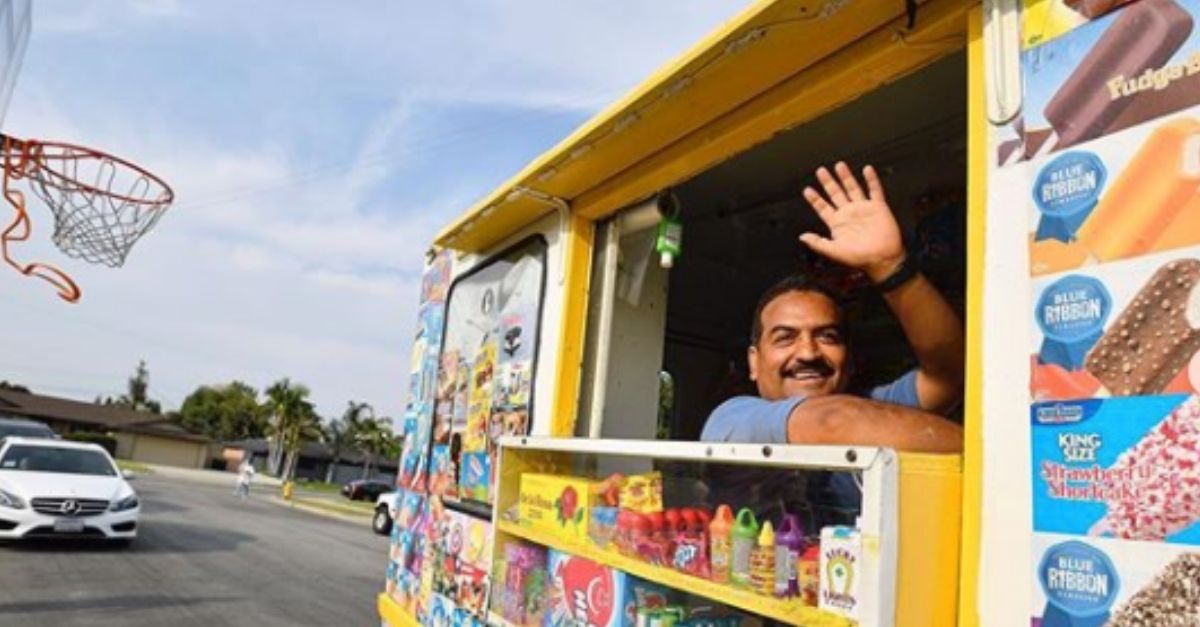 With everything that’s been going on recently, communities coming together to support those within who are needing it, is more important now more than ever. And this neighborhood in Tustin, California, a community about 30 miles outside of Los Angeles, is making sure that they do care for those who make a significant impact on their residents.

Ice cream man Jose Ortega drives his ice cream truck around for his close-knit Tustin neighbors. Everyone’s families get so excited with their money in hand, ready to satisfy their summer cravings with some cool and icy sweet treats. The community has a Friday afternoon tradition where the kids come out when Ortega comes through with his ice cream truck. The adults enjoy a happy hour while their kids are buying ice cream, and the whole event is followed by a barbecue that the neighbors take turns hosting.

However, as Ortega was making his usual route around the Tustin cul-de-sac one day, the community noticed that he wasn’t making his usual rock-star entrance, since he was in the passenger seat of his ice cream truck this time with his son driving instead.

Two weeks prior, the 44-year-old beloved ice cream man had suffered a heart attack, but had immediately returned to work because he, “didn’t want to disappoint the kids,” according to resident Michael Hatcher, who organized the fundraiser. When the Southern California neighborhood found out about his heart attack, they decided that it was their turn to help Ortega the way he has helped their community. They started a GoFundMe page to cover his medical bills.

Ice Cream man Jose Ortega has been a regular in Tustin neighborhoods for years. Then the pandemic hit and the familiar sound of his treat truck faded. He started dishing out treats again, then suddenly he wasn’t around. Neighbors heard he had a heart attack and started a GoFundMe campaign to raise money. Michael Hatcher organized the three-day fundraiser and was able to surprise Ortega with a check for over $10,000. #tustin #icecream #icecreamman #icecreamtruck #🍦 #gofundme

But it didn’t end there. Tustin Councilwoman Letitia Clark presented Ortega with a letter of commendation on behalf of the city saying, “You have made such an impact on people’s lives.” And she wasn’t wrong with how the community talked about their neighborhood ice cream man.

According to the Orange County Register, “Parents credit Ortega with playing a big role in their bond.”

Rob Johnson said, “Jose is a community builder. We all come out to our front yards whenever he appears. Our kids can hear him from a mile away.”