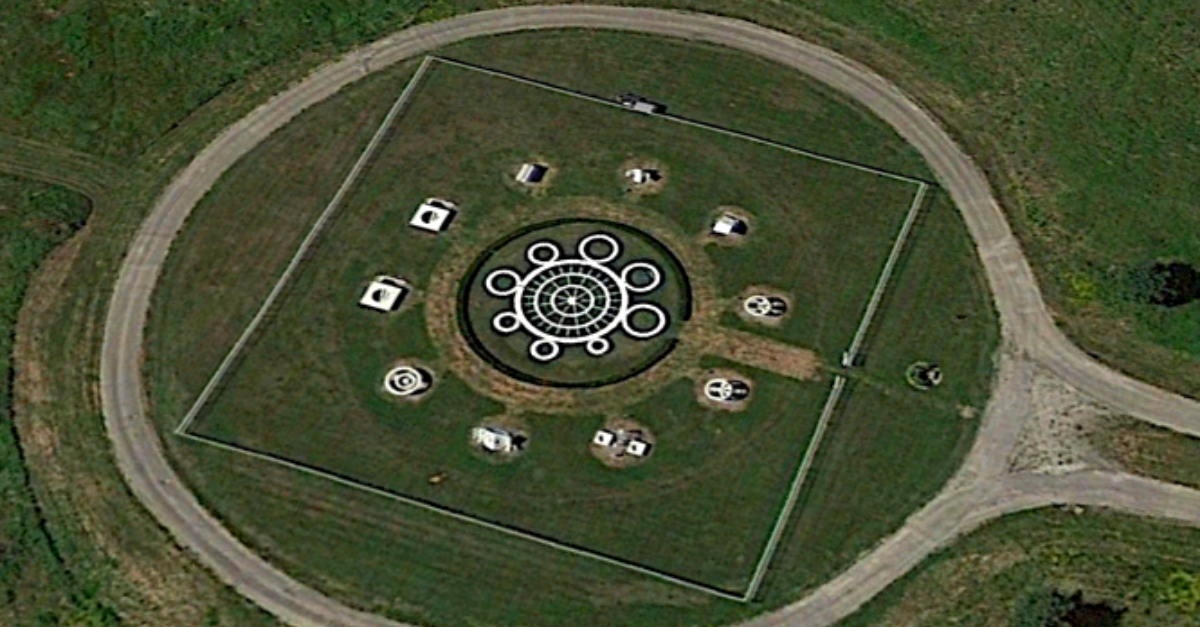 According to Oprah Winfrey, a small town four miles from Fairfield, Iowa is “America’s Most Unusual Town”. Honestly, she might be right. The place she was referring to, Maharishi Vedic City, is a very small- 3.36 square mile small place nestled in Jefferson County Iowa, United States, about 116 miles from Des Moines. What makes this city different from others is that it aims for the ideal life. In every way. It seems like no minutia was missed. We’re talking spiritual overachievers, here. But, like, the good kind of inner happiness.

What is Maharishi Vedic City?

The City is fashioned after the teachings of Maharishi Mahesh Yogi. In his footsteps, the city’s goal is to “create a national center for perfect health and world peace”. Initially named “Vedic City”, the name was changed about five months after it was built and incorporated in 2001, to Maharishi Vedic city. The entire place embodies both the search for and practice of living an ideal, balanced life. Even the name holds meaning. “Maharishi” is to honor Maharishi Mahesh Yogi. He was a yogi from India known for developing a method of transcendental meditation and encouraging living in alignment with the Natural Law. “Vedic” means “knowledge”, roughly translated from Sanskrit (The towns preferred language, by the way).

The Vedic city was Maharishi’s dream, brought to life with the help of more than fifty real estate developers.  The system of architecture used, Vedic Architecture, is designed in accordance to Maharishi Sthapatya Veda – an ancient architectural and design format revived by Maharishi. The goal is to achieve health, happiness and good fortune in every way, which is quite the opposite of the American rat race. The city plan for achieving such things looks… circular.

As in the city is arranged in ten circles, spreading about one square mile. Buildings face east, and all rooms inside of them are placed to follow the movement of the sun. Each building also has a Brahmasthan, a central silent space, a special boundary called a “vastu fence”, and are topped with a single golden ornament, known as a “Kalash”.

Speaking of mindfulness, Maharishi Vedic City has their own approach to education with the Maharishi School, as well. It differs slightly from typical school systems in that it believes that being properly educated will solve all problems. In MVC, Their schools strive for a total brain development and “cosmic creative intelligence”. As of 2004 they have an ordinance that allows them to build their own educational system for all school levels, including including high school and university level studies. Conveniently, the nearby areas also have “Consciousness-based” educational establishments.

The city is home to the College of Maharishi Vedic Medicine of Maharishi University of Management and the Raj. It’s a health center and spa based on the Maharishi Vedic approach to health, from a natural standpoint. They offer spiritual retreats on this 100-acre property. Food is also approached with the utmostOr care, MVC is a strictly organic city. No non-organic food can be be sold within it limits. Maharishi Vedic City Organic Farms is in the works, as they work towards the plan of building 100 acres of greenhouses to grow organic food and produce for the residents of the city and some nearby. They also sell to Whole Foods Market. In addition to a fully planned mass garden to feed the thousand residents of the city, there is also an observatory.

In their ambitious and forward (eastern-facing) way of thinking, the preferred method of payment in the City is the Raam, the currency developed by the Global Country of World Peace, a non-profit founded by Maharishi Mahesh Yogi. They also have a  headquarters in MVC. The currency can be used in specified places in the US, but probably just this small town in Iowa, and the Netherlands. If you don’t have any Raam, feel free to use BitRaam, the worlds most conscious currency. Card or cash are also seen as acceptable.

Iowa’s Pandits, or the Vedic Pandits

The city aims to be a “lighthouse of peace”, thus the pandits. Pandits are a group of students that are serial meditators, or as MVC calls them, “peace- creating experts” who practice Maharishi’s Transcendental Meditation daily as well as Yogic Flying techniques to promote coherent national and world consciousness.

If this sounds like the place for you, the Rukmapura Park hotel, inside the city is your best place to stay. Or just visit their website for city details, and to figure out what produce they’re sending to Whole Foods.

In the late 1960s, when the Beatles were experimenting with LSD, the Maharishi invited the group to his compound to reach transcendental heights with chemicals or brain-altering substances. Remember the song “Sexy Sadie”? Some say that Lennon actually wrote it about the Maharishi after the group stormed out in April 1968, following a 2-month stay after the unexpected death of their manager by an accidental drug overdose. Want to try something fun? Imagine the Maharshi compound.

Sexy Sadie, what have you done

You made a fool of everyone

You made a fool of everyone

Sexy Sadie, ooh, what have you done

Sexy Sadie, you broke the rules

You laid it down for all to see

You laid it down for all to see

One sunny day the world was waiting for a lover

She came along and turned on everyone

Sexy Sadie, the greatest of them all

Sexy Sadie, how did you know

The world was waiting just for you

The world was waiting just for you

Sexy Sadie, ooh, how did you know

Sexy Sadie, you’ll get yours yet

Sexy Sadie, ooh, you’ll get yours yet

Just a smile would lighten everything

Sexy Sadie, she’s the latest and the greatest of them all

She made a fool of everyone

Lennon later said of the song,

That was written just as we were leaving, waiting for our bags to be packed in the taxi that never seemed to come. We thought: ‘They’re deliberately keeping the taxi back so as we can’t escape from this madman’s camp.’ And we had the mad Greek with us who was paranoid as hell. He kept saying, ‘It’s black magic, black magic. They’re gonna keep you here forever.’ I must have got away because I’m here.”

Is our Iowa counterpart as potentially nefarious as Lennon’s experience? It did get the Oprah seal of approval, so probably not. Looks like you’ll have to visit to find out, as it’s just off I-80, spanning the country.