One of the greatest female comedians of all time, the 89-year-old Carol Burnett appeared as a bespectacled character named Marion. She is the mother of a taxi driver who recognizes the show’s titular character while he is in hiding.

Reports indicating that Carol Burnett would be in the crime drama surfaced late last month. But cast members and creators of Better Call Saul successfullykept their lips sealed about what role she would play.

With only four episodes remaining before last night’s episode, the clock was ticking down on Burnett’s imminent appearance. It is unclear whether she will also be in any of the remaining three episodes before Better Call Saul ends August 15.

Now that the episode featuring Burnett has aired, it’s expected that the cast will have more license to speak about her. For example, an actor who didn’t appear in Monday night’s episode, Rhea Seehorn, told Seth Meyers about the comedy queen.

“She’s a legend to lots of people,” Better Call Saul star Seehorn said on Late Night With Seyers on Monday. “She’s a hero to me, and just an icon and someone I have admired forever. … She could not be nicer. She could not be more genuine and generous, and she’s a huge fan of the show.”

Seehorn continued: “And so, when they said ‘Carol wants to know if you want to go to dinner,’ I was so excited. … I went, and I was shaking. She [said] she’s a huge fan of [my character], and then I burst into tears.”

However, the Better Call Saul team is still staying mum on Bryan Cranston’s and Aaron Paul’s expected participation in the spinoff. Their appearances are increasingly unclear the show is now centered around flashbacks instead of flash-forwards. After all, Cranston’s character Walter White died at the conclusion of Breaking Bad. 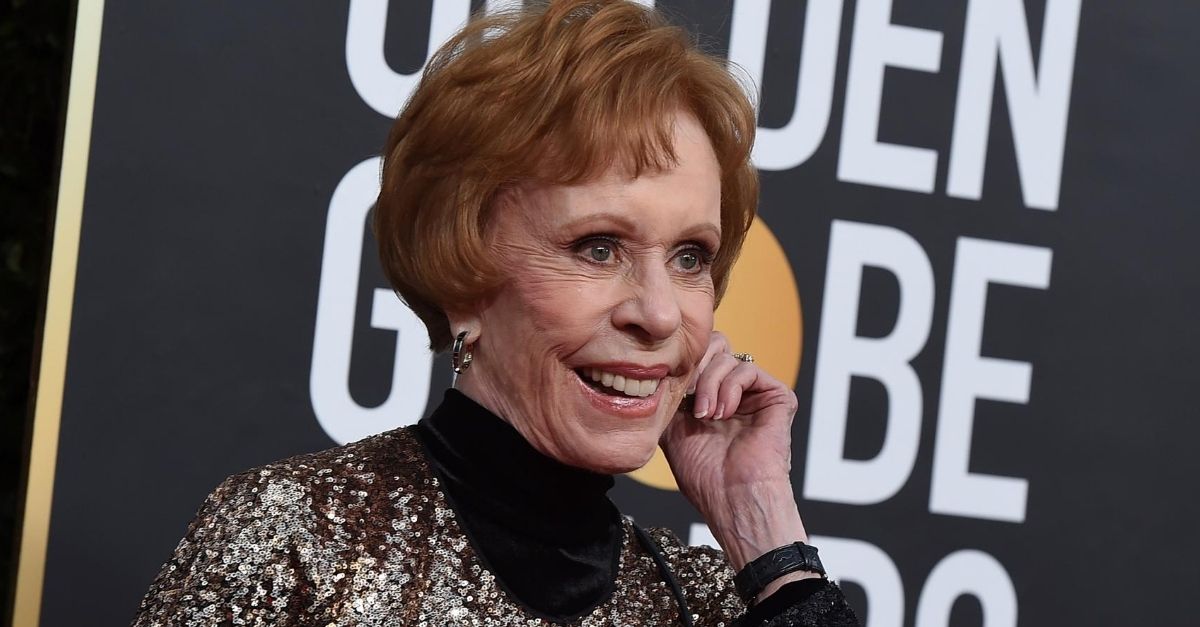