In one of the best wrestling story lines of all time, Kaufman — a comedian — took on Jerry “The King” Lawyer, a professional wrestler, on live TV. And to this day, it looks like the melee between the two men from opposite ends of the entertainment spectrum actually really did go at it.

Let’s just put it this way: As probably the most popular surrealist comedian of the modern era, Andy Kaufman loved fooling audiences. Including his fans, some of whom ate up whatever he did. Actors, many of whom take themselves too seriously, often perform “method” — staying in character even when they’re offstage or the cameras stopped rolling.

Kaufman, on the other hand, stuck to his characters, or bits, or charades, or just simple obsessions, even when no one was looking. Case in point: Even after he achieved fame, thanks in large part to his role as Latka on Taxi and brief stint on Saturday Night Live, he worked as a busboy at Jerry’s Deli in the San Fernando Valley outside Hollywood when not onstage.

To be clear, Jerry “The King” Lawler didn’t own Jerry’s Deli. But given how bizarrely and brilliantly Kaufman’s short life played out, it may as well have been.

Without further ado, here’s Andy Kaufman’s infamous grappling with Lawler on Late Night with David Letterman in 1982. It’s best viewed with only the context — and stunning reactions — that the late-night host provides. 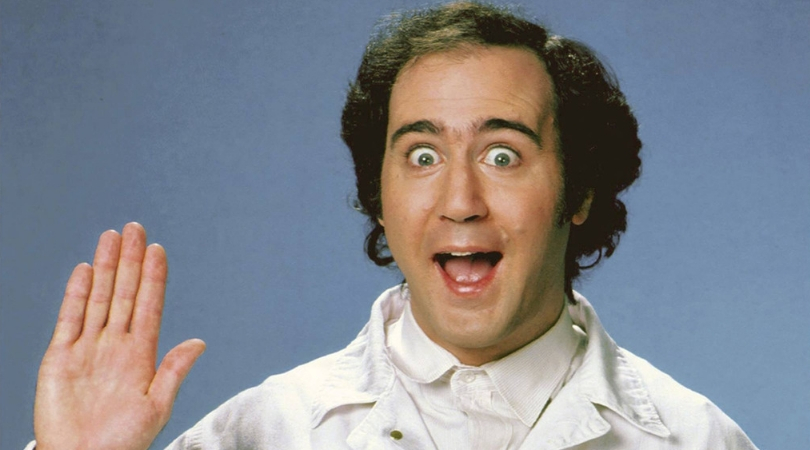