After finally inking deals with Ken Jennings and Mayim Bialik, Jeopardy! is “spelling” out what the new hosts’ duties entail.

First, Jennings will launching the next season of Jeopardy! starting in September and continue doing so through December. He will also host the inaugural Second Chance competition and the Tournament of Champions, the statement said.

Meanwhile, Bialik will host Celebrity Jeopardy! on ABC in primetime before assuming Jennings’ role in January. Davies said Bialik will additionally host two new Jeopardy! tournaments, the Jeopardy! National College Championship, “and as many weeks as she can manage with her other primetime commitment to Call Me Kat.

Davies acknowledged fans’ frustration with how long ABC took to find a replacement for Alex Trebek. The best-known game-show host of all time, Trebek died of pancreatic cancer in November 2020 at 80 years old.

ABC waited two years before making a final decision on who would succeed him. Jennings and Bialik took turns hosting the program prior to this week’s announcement.

At the onset of their search for Trebek’s replacement, producers tried a rotating cast of candidates to see if they would be a good fit for the show. One of those candidates, Anderson Cooper, drew the lowest ratings in the history of the show. The team behind the trivia program also considered NFL player Aaron Rodgers.

However, the most troubling development in the saga to replace Trebek came with a third candidate, Mike Richards. An executive producer of the quiz show, he initially seemed like a perfect fit. But in the end, he resigned after only hosting five episodes of the show. Offensive comments, and sexual harassment suits filed against him, torpedoed his chances of keeping the gig.

“We know you value consistency, so we will not flip-flop the hosts constantly and will keep you informed about the hosting schedule,” Davies stated in Wednesday’s statement.

He added: “Mayim and Ken are both extraordinarily talented and simply lovely humans,” Davies said Wednesday. “They support the staff and each other. They love and respect this institution of a television program. In return, the staff and I are honored to work alongside them.” 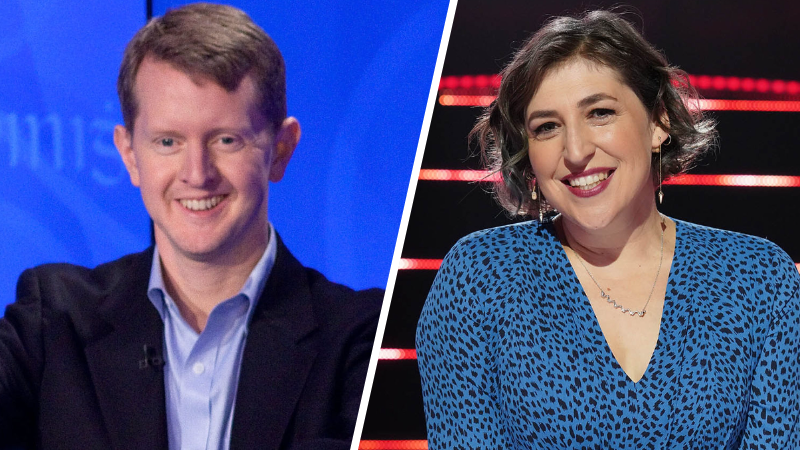