Comedic actors typically don’t list 10 movies that made more than $250 million, according to Box Office Mojo. But Jim Carrey does, and that speaks to the unique nature of the actor who went from one of Hollywood’s most bankable comic actors to a man who has mostly stepped out of the limelight to pursue painting, practice meditation — and make occasional controversial political remarks for good measure.

Starting in the late 1980s and until the early aughts, Jim Carrey was a comedian unlike other — which is saying a lot, given the cannibalistic nature of the comedy industry. Whereas other comedians would nab ideas from their colleagues, repeat themselves or simply grow boring, Carrey seemed to have an almost cosmic connection with comedy itself.

But long before Ace Ventura became a cultural icon in the 1990s, Carrey — despite all his undeniable talents — sweat it out like every other aspiring actor, comedic or otherwise. The Ontario native dropped out of high school at age 16 to begin his comedy career, also continue maintaining his job at a factory, if you can believe it.

Back in the day, the biggest break for a comic was to win over both Johnny Carson and his audience on The Tonight Show, the must-see late-night program at the time. Carson could make careers — but if a comedian flopped on the show, it often meant the end of his career.

Jim Carrey’s first spot on Carson’s show also marked his first appearance ever on national TV. The actor’s fated performance was set for November 24, 1983. And he killed it.

“This young man … is a little bit different,” Carson understated to the crowd. He also noted that Carrey had “created quite a bit of excitement” in Hollywood since relocating to the city 10 months prior.

Jim Carrey took the stage and briefly introduced himself to the crowd, asking them for a minute so he could prepare to do impressions. He then turned his back to the crowd and didn’t say anything into the mic for a full 45 seconds.

He then launched into a strange impersonations of Elvis Presley, Jack Nicholson, Clint Eastwood, and others. But while the impersonations were odd, Carrey’s elastic face and ability to contort it into seemingly endless expressions won over the equally compelled and confounded crowd.

Jim Carrey would eventually make multiple appearances on Carson’s program. For evidence of why Carson kept asking him back, look no further than the above clip from Carrey’s debut.

As evidenced by the career-changing appearance on The Tonight Show with Johnny Carson, Carrey became an overnight success. He not only became hot on the club circuit but also notched small roles in films including Peggy Sue Got Married (1986), The Dead Pool (1988), and Earth Girls Are Easy (1989).

Carrey auditioned to be on Saturday Night Live three times, knowing that the variety show would give him an opportunity to showcase his unique brand of comedy. But after SNL creator Lorne Michaels rejected him, Carrey joined In Living Color as one of its only white cast members — and stole the sketch show nearly every time.

His ideas came from seemingly out of nowhere. No one could match his physical comedy — and he was one of the only comedians to utilize that style without using it as a crutch.

Rather, he had an inherent, instinctual comedic skill that placed him on a pedestal upon which most comic actors could never stand. That is to say, when Jim Carrey was on the screen, everyone knew they would be laughing uproariously at whatever he did. And yet he also chaperoned audiences into the unknown — because they could never predict exactly what he was going to do.

All right, there was one exception, one other comedian who shared the same genius and yet completely out-of-the-box talents as Jim Carrey. And that was Andy Kaufman, the singular talent best known for playing Latka on Taxi but regarded, especially posthumously, as a one-of-a-kind absurdist comedian.

When it came time to make a biopic about Andy Kaufman, no other actor than Jim Carrey could possibly reignite the unconventional Kaufman, who didn’t play by the rules and wasn’t a traditional comedian in virtually every sense.

Carrey did take the role, starring in Milos Foreman’s love letter to Kaufman, 1999’s Man on the Moon. The movie itself had a wishy-washy reception among audiences and critics life — but Carrey’s mind-boggling performance, in which he seemed to channel Kaufman throughout the film, earned him a Golden Globe.

Ironically, even though Carrey and Kaufman were both comedic actors, Man on the Moon had a strong dramatic thread that cemented Carrey’s abilities as a dramatic actor. Nonetheless, Jim Carrey’s comedic skills were unparalleled among his contemporaries. (Carrey made a documentary about Man on the Moon, called Jim & Andy: The Great Beyond, in 2017.)

Carrey’s comedic prowess eventually grew tired on him, though, even if he continued to leave audiences beginning for more.

So he decided to dip his toe once again into the dramatic waters he tested with 1998’s The Truman Show (for which he won his first a Golden Globe). And in 2004, he starred in probably the most lauded entry in his career: Eternal Sunshine of the Spotless Mind. Charlie Kaufman (no relation to Andy) and Michel Gondry co-wrote the script, with Gondry also sitting in the director’s seat.

The wildly imaginative Eternal Sunshine is considered to be one of the most creative and touching romance films ever. It was also a project that Carrey probably never would have imagined being a part of back when he performed on The Tonight Show. 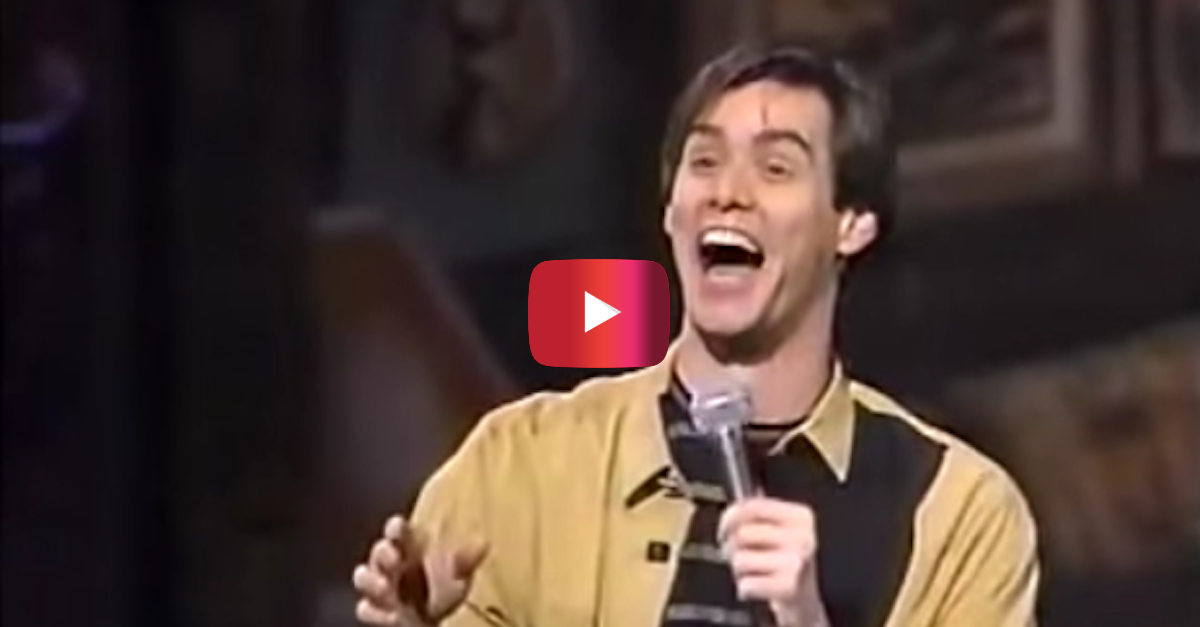