The Monty Python comedy troupe was made up of Graham Chapman, Eric Idle, Terry Gilliam, Michael Palin, John Cleese, and Terry Jones. They had one of the original sketch TV shows, starting in the 1970s, giving birth to shows like Saturday Night Live. From the Monty Python movies to the show, they set the tone for the future of comedy. The BBC’s Monty Python’s Flying Circus celebrated it’s the fiftieth anniversary last year.

From the very first episode of Monty Python’s Flying Circus, the sketch is the funniest joke in the world. This one’s about a lethal joke. The joke is so funny that kills everyone that hears it starting with he who wrote it.. then his mother…and the next person to read it.

The Undertaker sketch is a bittersweet one. It’s all about a guy just trying to bury his mother. The undertaker continuously suggests various ways to dispose of the body of the deceased. You can watch it here.

From Season 1 in 1970, the Mr. Hilter episode is not actually about Adolf Hitler, but a completely different man named Adolf Hilter. He was trying to get elected by the National “Bocialist” Party. Like, it’s very clearly Hitler. Very clearly Hitler.

6. Self Defense Against Fresh Fruit

Another Season one hit, earlier on, however from 1969 was the Self Defense Against Fresh fruit sketch. As in many Monty Python’s Flying Circus’, John Cleese is playing an authority figure who loses it! in this one, he’s the teacher of an adult male self-defense teaching men to defend against fresh fruit. They, of course, want to learn about self-defense with weapons, but that’s not what this class is.

5. Upper-Class Twit of the Year

In Upper-Class Twit of the Year from 1970 depicts an annual competition of which multiple men compete to be, yes, the biggest twit of the year. The activities included silly games and adventures, but the cherry on top is John Cleese yelling at them. So good.

A classic, the Dead Parrot sketch is one of those that you just can’t go wrong with. A guy buys a parrot from a pet store and it dies. When the customer (Cleese) returns to the pet store, and the store manager (Palin) making excuses about the dead parrot is maddeningly funny to watch. Heavy on the ‘maddening’ part.

Another animal-related sketch. The sketch is under thirty seconds and as the name implies, it features slapping each other with fish. Oh, and dancing.

A date night (and a waiter’s night) goes horribly wrong when patrons find a dirty fork. The manger gives way to much TMI, but the restaurant is so beautiful and has such a “great reputation”.. maybe they were just feeling a bit overwhelmed. But aren’t we all lately?

Just watch it. It’s the best on the list. Know what I mean? Nudge nudge 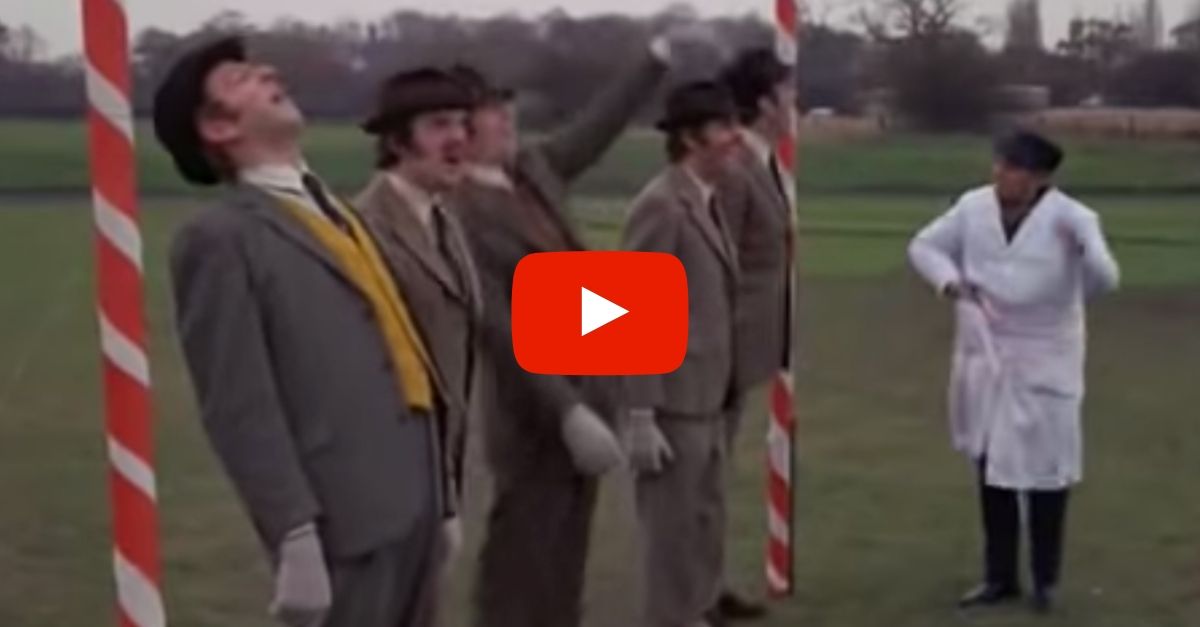