Under the leadership of Vince McMahon, pro wrestling crossed over into the mainstream in the 1980s. But he only pulled off the seemingly impossible feat of normalizing a goofy, “fake” sport — and ultimately becoming a billionaire — because he had a few keys, critical personalities in his corner.

Most obviously, McMahon relied on charismatic blond-haired brawler Hulk Hugan to build an audience on television. With him were other key wrestling figures including master of the mic Randy “Macho Man” Savage and Andre the Giant, who provided the circus side-show quality baked into wrestling since its earliest days.

But along with that small stable of larger-than-life wrestling personalities — also including the cartoonish “Rowdy” Roddy Piper — was perhaps McMahon’s most unlikely ally of all. Without his alliance with her, the World Wrestling Federation (WWF) wouldn’t have crossed over into the mainstream — at least when not when it did.

The name of that unlikeliest of allies? Cyndi Lauper.

Cyndi Lauper Steps Into the Ring

Cyndi Lauper tag-teamed with McMachon’s WWF entity around the time the singer hit her career peak and shortly before pro wrestling reached one of its firsts.

In 1984, Lauper decided to include ostentatious pro wrestling manager “Captain” Lou Albano in the video for “Girls Just Want to Have Fun,” which has a ludicrous 1.1 billion views on YouTube. In the clip, the goofy, Albano plays her father, while Lauper’s real-life mom features alongside him.

The partnership mutually benefited both two pop-culture phenomenons: Lauper, a pop singer whose career was soaring, and the WWF, which was only starting to become accepted as mainstream entertainment. (And which later renamed itself World Wrestling Entertainment in 2002.)

They further leveraged their arrangement, with Hogan acting as Lauper’s “manager” in various scenarios. The pop superstar appeared at the first WrestleMania in 1985 and her incorporating multiple wrestlers in the video for her single “The Goonies ‘R’ Good Enough.”

And if you’re not familiar with the Goonies, you probably have no idea what any of this article is about.

All storylines require a twist — especially in pro wrestling — to keep the audience engaged and the characters dimensional.

In the case of Lauper and the WWE, they decided that her wrestling persona would turn on Albano. She did just that on a segment on “Piper’s Pit,” hosted by Rowdy Piper, refusing to give Albano credit for her success.

Then Albano — who was larger than life not just relative to the everyman but even to other wrestling personalities — dropped in on the show. He demanded credit for writing some of Lauper’s hit “Time After Time.”

Naturally, the argument ended up in a physical “altercation” between Albano and Lauper. Wrestling is as wrestling does.

With Lauper and the WWE continuing to gain more mainstream attraction and appeal thanks to the faux fight, the storyline continued into an event called The Brawl to End It All in July 1984.

Remarkably, it was held at New York’s Madison Square Garden — arguably the most prized venue in the country. The event turned out to be MTV’s highest-rated program to that point, according to Biography.com.

Lauper and the WWF continued to join forces in the ensuing years, but eventually, their partnership petered out.

Cyndi Lauper Reflects on Her Time in the WWF

In September 2012, Lauper appeared on The Howard Stern Show on SiriusXM, and he asked her to look back on her collaborations with Vince McMahon et al.

“The best program director in the country [said the song] would never be in the top 40 and was not album radio because I sing too high,” Lauper reflected.

She said her boyfriend and manager Dave Wolff, who loved wrestling, proposed linking up with WWF, as it would give her a great deal more exposure.

“He found an alternative way to distribute the music not using the radio, and it paid off,” Stern said.

Lauper pointed out that Lauper and the WWF’s marriage made in “huh”? gained attention on Entertainment Tonight, so it drew even more attention from segments of the mainstream that weren’t into either Lauper or wrestling.

Also notable: Lauper stipulated that “Girls Just Want to Have Fun” enjoyed as much lasting power as it did due to the success of her subsequent hit, “Time After Time.” While the latter song only went gold while the former went platinum, it was their coupling that solidified Lauper as an artist capable of churning out more than just one random hit. 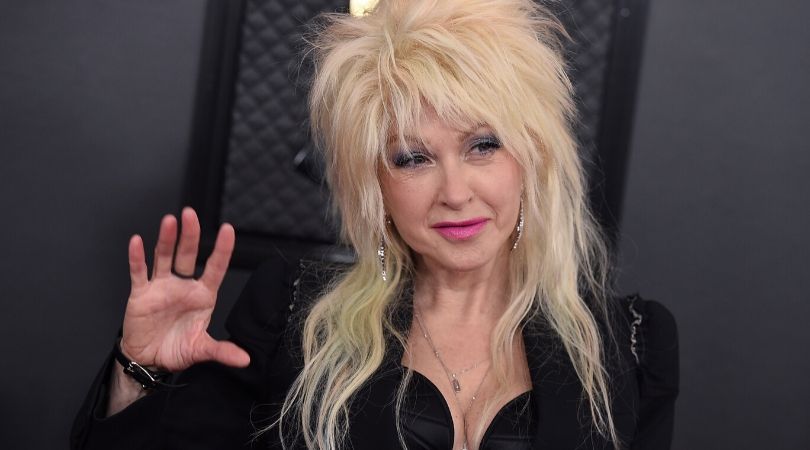