As the world readies for the premiere of Jurassic World Dominion, the sixth installment of the Jurassic Park franchise, romantic leads Laura Dern and Sam Neill are reconsidering the original film’s love story — particularly, the duo’s 20-year age gap.

Speaking to The Sunday Times in a recent interview, both actors remarked that the difference in their ages was hardly relevant back in 1993. “I am 20 years older than Laura!” Neill said, “Which at the time was a completely appropriate age difference for a leading man and lady!”

Dern agreed: “It felt completely appropriate to fall in love with Sam Neill,” she said of the time. “And it was only now, when we returned in a moment of cultural awareness about the patriarchy, that I was like, ‘Wow! We’re not the same age?’”

Though she was just 25 years old while filming the first Jurassic Park in 1992, Dern had been a star for sometime. The daughter of Hollywood royalty Bruce Dern and Diane Ladd, she first broke through in the 1985 drama Mask, starring Cher and Eric Stoltz. She found further fame through subsequent collaborations with David Lynch and, by the time she united with director Steven Spielberg, was fresh off her Golden Globe win for Afterburn.

At that time, her co-star Neill was 45. But Neill claims that he only came to notice the age gap between himself and Dern after coming across a magazine article (aptly) titled “Old Geezers and Gals” some years later.

In the latest Jurassic Park sequel, both Neill and Dern are reprising their iconic roles as Alan Grant and Dr. Ellie Sattler, respectively, alongside newer additions to the series like Chris Pratt and Bryce Dallas Howard. And of course, Jeff Goldblum will appear again as fan favorite Dr. Ian Malcolm.

The film, which hits theaters June 9, is an “epic conclusion of the Jurassic era” according to the trailer. But we’ll see about that. 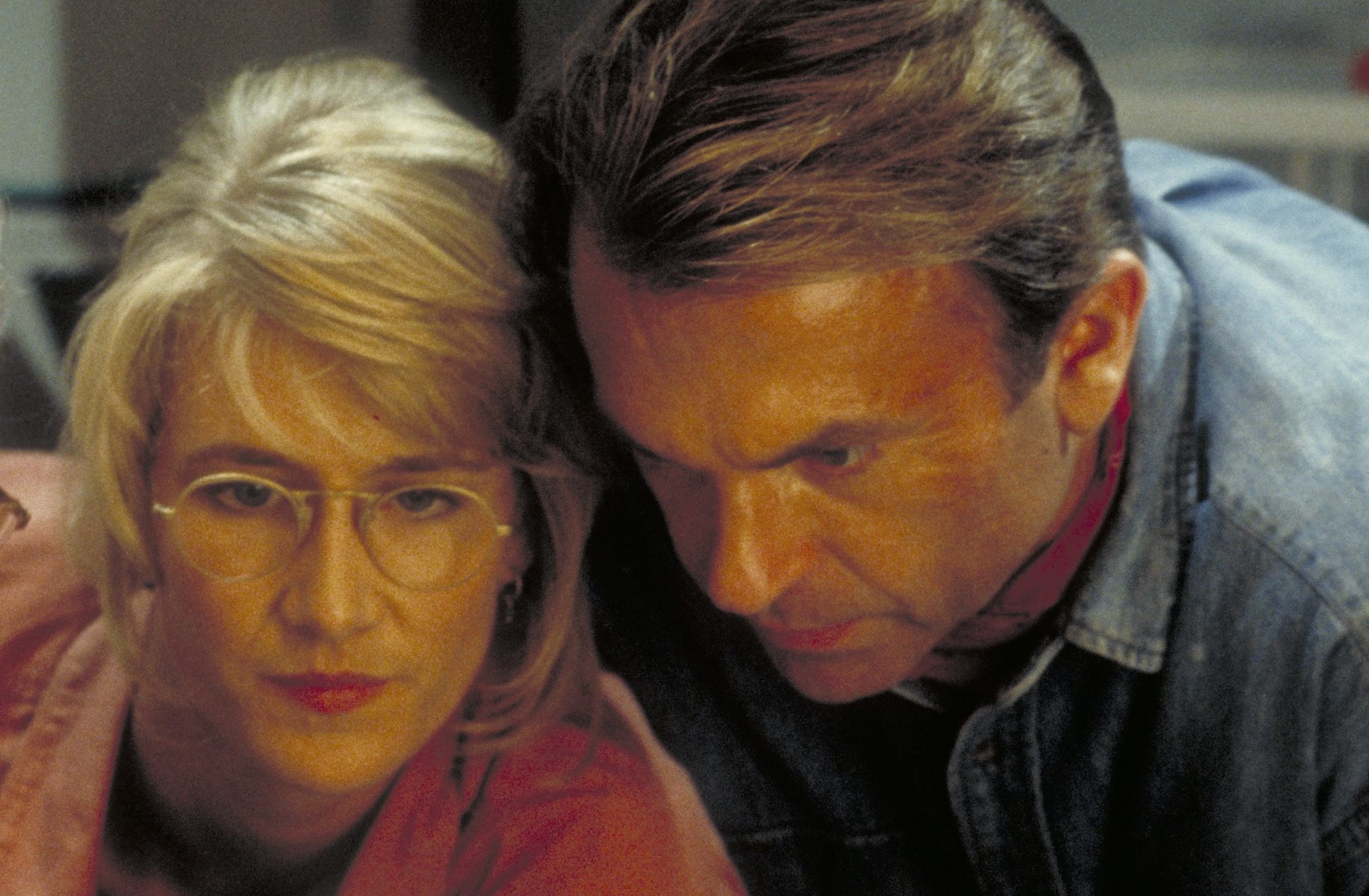