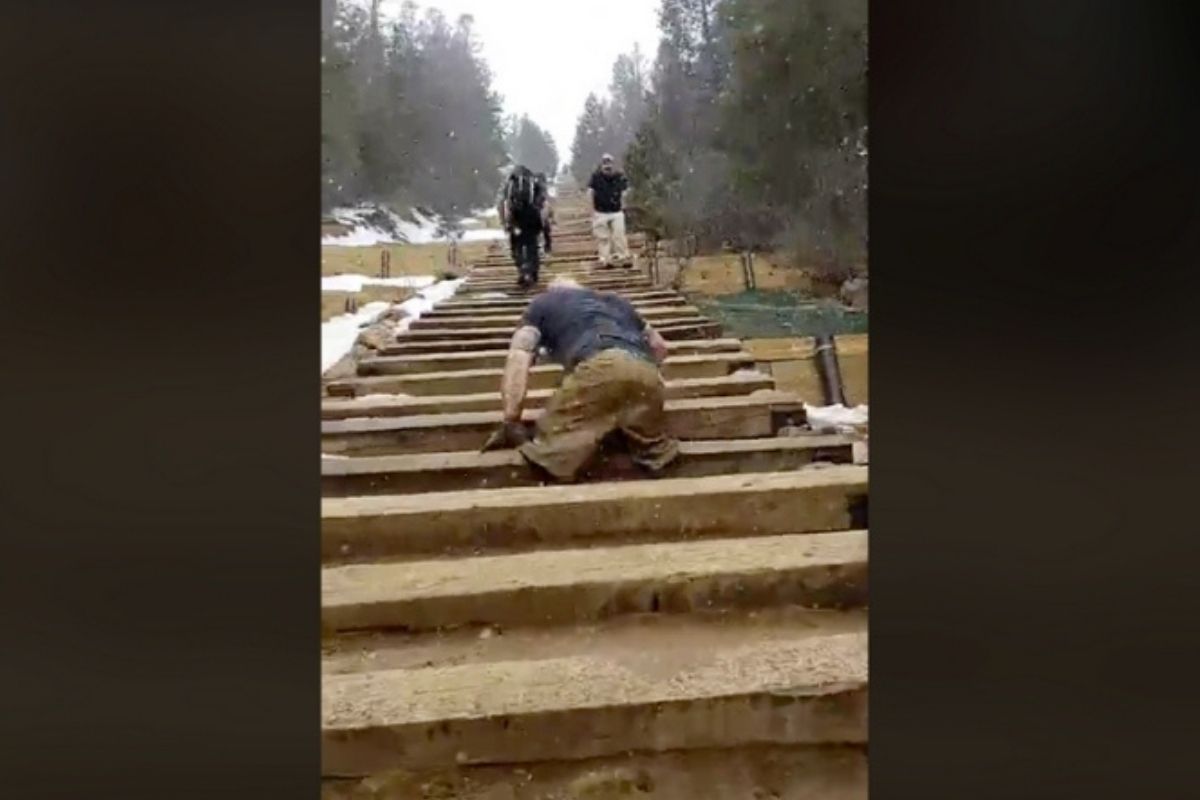 Former Army Staff Sgt. Travis Strong is living up to his last name, after proving his strength by climbing the steep Manitou Incline in Colorado, despite the loss of his legs. This marked Strong’s second round trip of the hiking trail, the first climb lasting nine hours.

This time around, Strong finished in five hours and was accompanied by a group of Fort Carson soldiers with him. Strong stated it was much easier this time since he had back up, as well as water and energy snacks.

The 41-year-old used his arms to climb up the stairs, with only gloves on his hands. Why did he decide to climb? He saw another double amputee military veteran, Mandy Horvath, who became the first female to climb the Incline Gains and Pike Peek last summer. Inspired by her climb, he decided to follow her steps. Strong and Horvath are the only two double amputees known to have scaled the incline.

Strong lost his legs during an attack in Baghdad, Iraq, in 2006 when he was in a Stryker vehicle. The vehicle was hit by a projectile that went through the truck and through his legs. Strong decided to climb the incline to show people that despite their situation, anything is possible.

Although he passed his new record, Strong said he would like to eventually climb the Incline twice in the same day, and raise awareness of suicide among veterans by placing a “22” marker every 22 steps along the steep trail. The 22 represents how many veterans take their lives every day.

This isn’t the first time Strong makes headlines for his achievements. Back in 2006, the former veteran decided to tackle some waves. He contacted Cocoa Beach City Commissioner Ed Martinez, who is a serious surfer and well as an Army veteran. Martinez offered Strong surfing lessons, where along with volunteers, lifeguards and Cocoa Beach Fire and Rescue, went out and caught some waves together.

This is truly inspirational and gives me so much hope for the future. You have a man here, who fought for his life, lost part of his body for America, and is still seeing life as a blessing. We take for granted so much, that we forget how easily it can be taken away. I’m in awe of you Strong, for your service and for your bravery, thank you.

Editors Note: This article was originally published on March 11, 2019.

Watch: How Dogs and Veterans are Teaming Up to Heal