U.S. Vets with PTSD try marijuana to soothe their symptoms 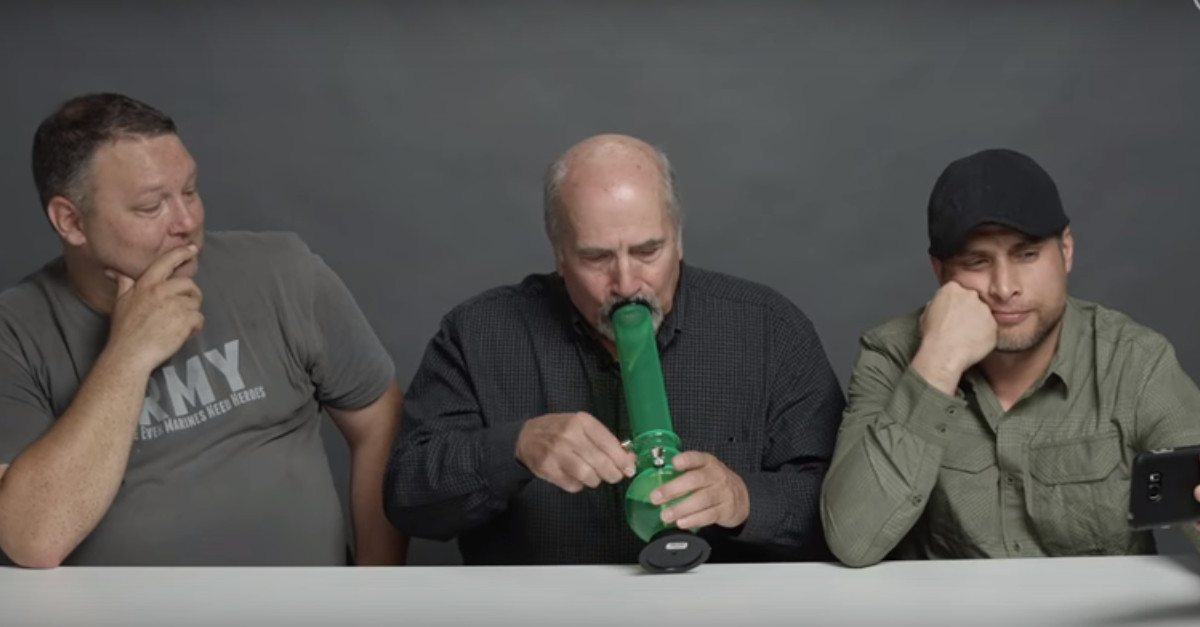 Does marijuana assist with the anxiety caused by the effects of Post-Traumatic Stress Disorder?

In a video from WatchCut, three veterans of varying origins, Eric; who joined the military to work, Dan; who was drafted in the late ’60s, and Rick; who joined to escape drug culture, all suffering from PTSD, were gathered to try and use marijuana to soothe their symptoms.

RELATED: Why are more American adults using marijuana than ever before?

The video begins with the three veterans speaking about their service and their experiences with PTSD.

“The anxiety is there, and I’ve come to peace, after this many years of dealing with therapy, that it’s never gonna completely go away.” Said Eric of his PTSD.

The three were in agreement that they were willing to try and use marijuana to soothe the nerves they felt. If the weed offered them peace, they’d take it.

At five minutes into the high, they were losing track of what was happening and were generally happy.

“It’s like the gears are grinding, like something is out of timing,” Eric said about how his PTSD affected him. “It slows the system down. Your brain don’t think right, because you’re processing all sorts of other junk.”

When the veterans were asked, they said the weed helped them, that they would use it again and that it allowed for a feeling of safety.