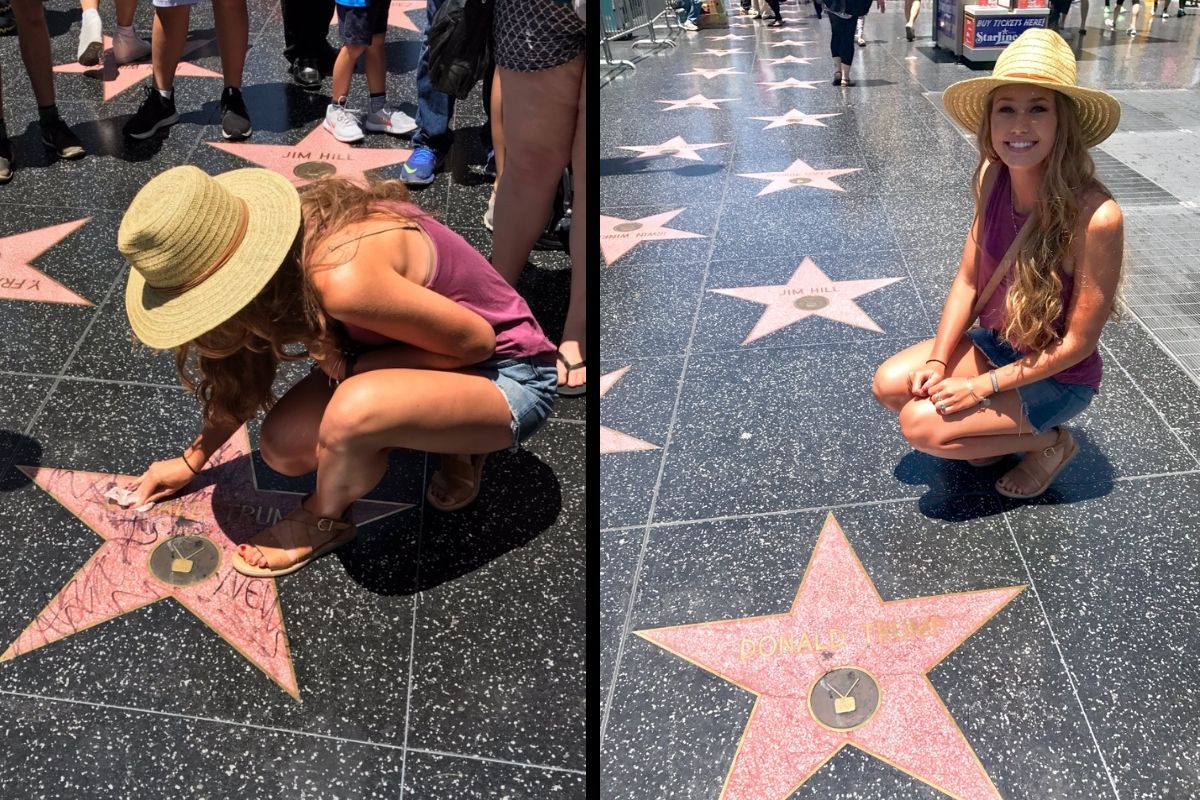 In the months after he had first taken office, President Donald Trump’s star on the Hollywood Walk of Fame had been victim to vandalism. Donald Trump’s Hollywood star had been smashed, drawn on, and covered in stickers that protested Trump’s policies. However, a young Trump supporter decided to try and take care of the star, gaining some well-known fans in the process.

Makenna Greenwald of Wyoming posted a pic on social media via Twitter of her attempt to clean up President Donald Trump’s Hollywood walk of fame star. “Stopped to clean @realDonaldTrump Hollywood star. Nothing but respect for MY President,” Greenwald wrote on Twitter, along with the #RaisedRight hashtag.

Stopped to clean @realDonaldTrump Hollywood Star. Nothing but respect for MY President. #RaisedRight pic.twitter.com/jL4sqx4rlh

Although widely criticized by other twitter users, Greenwald’s actions caught the attention and retweets of many high profile conservatives, including Fox News’ Sean Hannity and Trump’s son Eric.

“Wow. Great American. @CNN @NBCNews @JoeNBC (who calls the @POTUS a schmuck, liar, goon etc.). Watch and learn what respect for the office is,” Hannity wrote.

Every day, things have gotten more and more intense for the US. I do believe there are more important things than worrying about a monument that gets walked all over anyways. But with that being said, I don’t think this young girl needed to suffer as much hate as she probably did.

Division is clearly evident, and we could all do a little more in trying to love and protect one another. With the coronavirus present and not slowing down, it’s important to watch out for each other and to have important discussions with open minds as opposed to arguing and triggering each other to fight.

And look, I get it. People may not be able to understand where you’re coming from. But isn’t that the beauty of life? To be able to try and understand one another’s differences in hopes of a better world?

Editor’s note: This article was originally published on July 2, 2017.