Sen. Al Franken (D-Minn.) released a long apology after a radio host and former model accused him of “aggressively” sticking his tongue in her mouth after pressuring her to kiss him during a skit rehearsal and groping her breasts while they were both on a United Service Organizations tour in 2006.

After sharing her interaction with the senator in a bombshell account, Leeann Tweeden said she was empowered to share her story after Rep. Jackie Speier (D-Calif.) stated that she was targeted by sexual misconduct as a Congressional aide. Speier also revealed that there were some sitting members of Congress that engaged in sexual harassment.

Hours after the account became public, Franken released a statement through Politico where he apologized to “Leeann, to everyone else who was part of that tour, to everyone who has worked for me, to everyone I represent, and to everyone who counts on me to be an ally and supporter and champion of women.”

Franken said he felt “ashamed” of his behavior as he “respect[ed] women” and did not “respect men who don’t.” He also praised victims of sexual misconduct for coming forward.

He addressed a picture taken of himself with his hands on Tweeden’s breasts as she slept.

RELATED: Chelsea Handler backpedals after getting this message about sexual assault from Juanita Broaddrick

“I don’t know what was in my head when I took that picture, and it doesn’t matter. There’s no excuse. I look at it now and I feel disgusted with myself. It isn’t funny. It’s completely inappropriate,” he said. “It’s obvious how Leeann would feel violated by that picture.”

He also apologized for “offensive” material he produced while he was a comedian, though he stated in another part of his statement that he didn’t “remember the rehearsal for the skit as Leeann does.”

“I am asking that an ethics investigation be undertaken, and I will gladly cooperate,” Franken added.

He concluded his statement by saying,

NEW: Gillibrand tells reporters the allegations against Franken are “deeply concerning,” says she believes the woman who accused him

One accuser said Moore touched her over her underwear and tried to force her to touch his genitals when she was 14 and he was 32. The other accusers were “between the ages of 16 and 18, and [Moore] was in his early 30s.”

Following the revelations of Moore’s of inappropriate conduct, several of his would-be Senate colleagues and other prominent Republicans asked that he “step aside.” 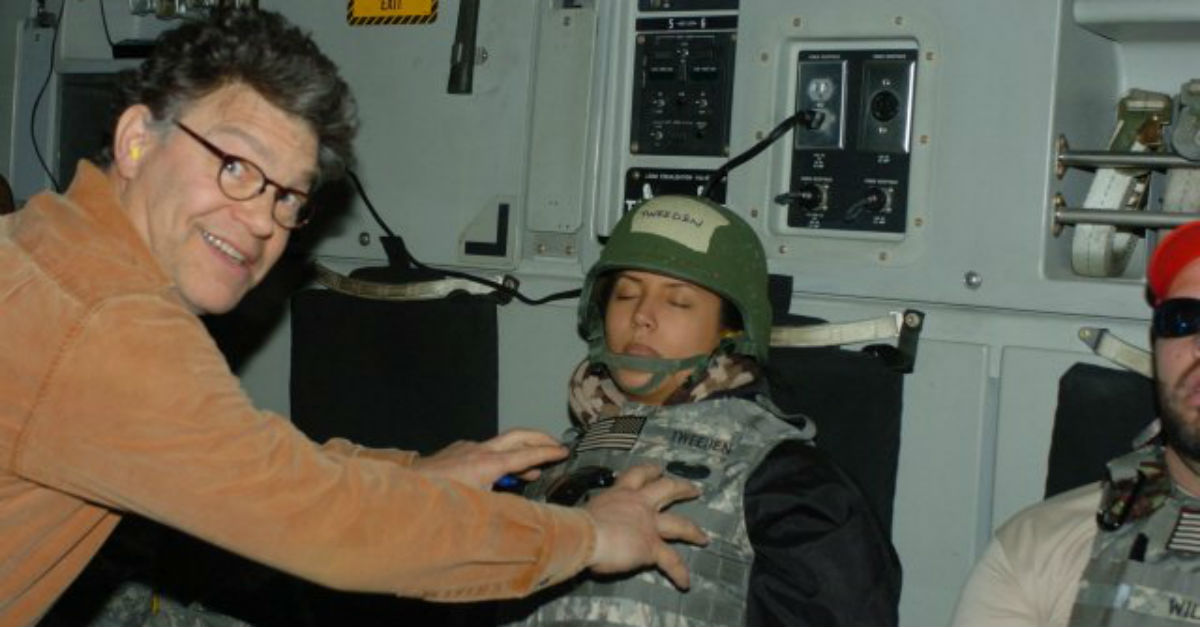