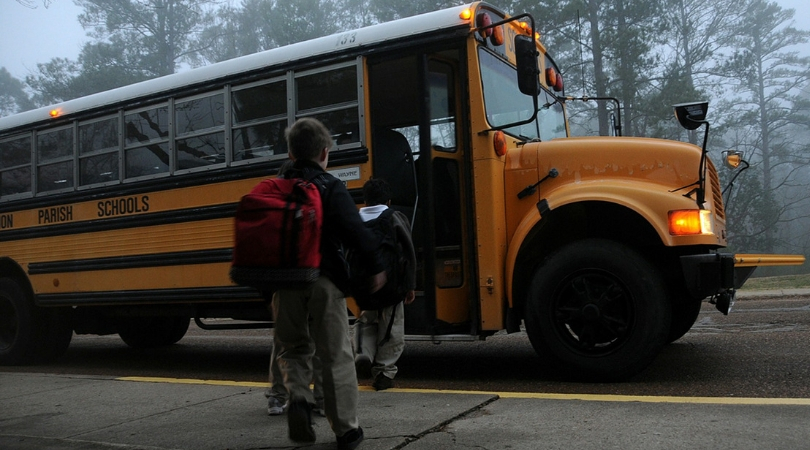 Sometimes I question people’s sanity. It truly terrifies me, how as humans beings, people sometimes do the unthinkable and believe their actions are right. Like this bus driver in Canada, who deserves everything and anything he is getting. You see, a bus driver from London, Ontario, decided it was a good idea to give children candy, laced with his semen.

The Ontario bus driver, who admitted to giving the children semen- laced treats, pleaded guilty in June to 23 charges (previously 78 before confessing), including counts of voyeurism, and possessing, making, and distributing child pornography. The bus driver also confessed to taking cell phone videos of the children eating his own semen-laced treats and uploading them to a child-porn message board on the dark web.

The Canadian sex offender is known online as “Steps,” not being identified due to a court-imposed publication ban on his name to shield his employment details that would reveal the identity of the children. “Steps” was caught by a corporal with the RCMP, who was investigating users on a dark web site called MagicKingdom, known as a forum for child-exploitive videos.

During the hearing, the court heard that the driver, who can?t be identified in order to protect the identity of the children he abused, gave the treats to students in kindergarten to Grade 6 over a period of two years. In total, the man targeted 39 children, who were affected by this actions and had to be checked for sexually transmitted diseases.

On September 27, 2018, the man was sentenced to five years in prison and has been banned from visiting public spaces where children might be, such as pools, schools, and parks He is also not allowed to use the Internet for 15 years.

Editor’s note: This article was originally published on September 27, 2018.

Watch: Child Sex Dolls Now Illegal in Kentucky Because Apparently They Weren?t Before