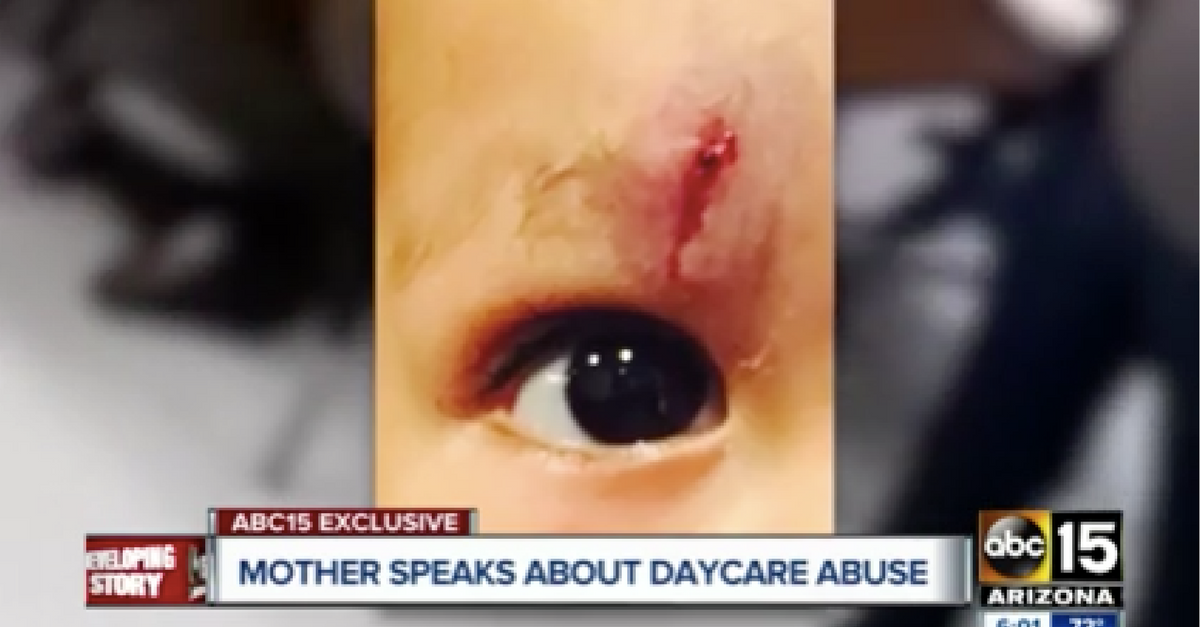 An Arizona day care will remain open after paying just $300 in fines following attempts to cover up an incident in which a former employee hit a 21-month-old in the face with a broom.

Brighter Angels Learning Center was fined by the state’s Department of Health Services for three violations and charged $100 for each of them: failure to have enough staff in the room per number of children, failure to meet general safety standards and use of corporal punishment. The offenses stemmed from a February incident in which Lillie Adams struck the child across the face with a broom twice, causing his mother to take him to the hospital.

Day care workers — including owner Ruben Sandoval, 51, and director Denise Perla Sierra Duarte, 26 — aided in attempting to hide what happened, telling the boy’s mother that he had fallen on a broom. Hospital staff and surveillance video eventually proved otherwise. Adams was later arrested and convicted of physical abuse, while Sandoval was convicted of covering up the abuse. Duarte left the company shortly after, and Sandoval is believed to work at other nearby day cares.

“My son was really hurt and there’s still a lot of kids there and they’re in danger,” said the boy’s mother, outraged by the lack of punishment. “I can’t get out of my head … the day I took him to the hospital.”

Dr. Cara Christ from the Arizona Department of Health Services insisted that aside from suspending or revoking a license, the fines are all they can legally do about the situation. In this case, the department determined civil money penalties were the appropriate punishment for Brighter Angels. The day care was also asked to provide a detailed plan of correction for each violation.

While the victim’s family is advocating for changes in legislation to prevent another incident like this, Arizona Governor Doug Ducey stood by the department’s decision in a statement:

[I] take the safety of Arizonans, especially children, very seriously. All childcare providers must have a current Arizona Department of Public Safety fingerprint clearance card and cannot be registered with the Arizona Department of Child Safety’s Central Registry. ADHS enforces these requirements to the fullest extent of the law and will continue to hold accountable any facility that puts a child’s safety in jeopardy.

RELATED: Police work to determine how one toddler shot two others at a daycare