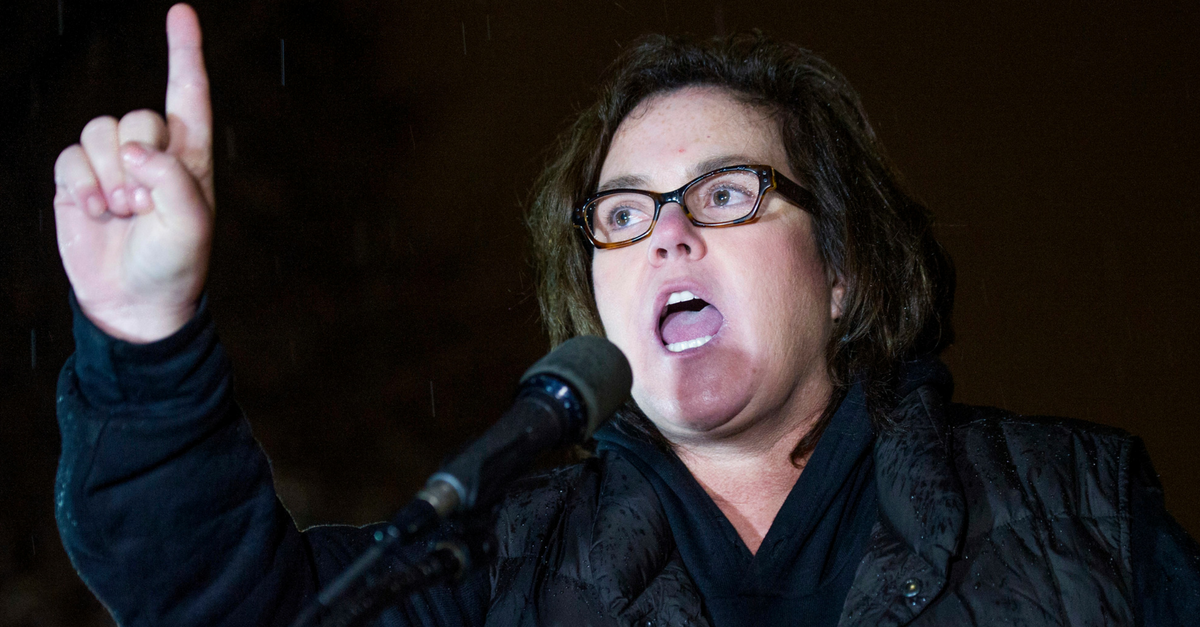 AP Photo/Cliff Owen
Rosie O'Donnell speaks at a rally calling for resistance to President Donald Trump, Tuesday, Feb. 28, 2017, in Lafayette Park in front of the White House in Washington, prior the president's address to a joint session of Congress. (AP Photo/Cliff Owen)

In in her first interview since the 2016 presidential election, Rosie O’Donnell recalled her reaction to Donald Trump’s unexpected victory and admitted she isn’t entirely sure she’ll make it through his presidency.

“I was in pure unadulterated [shock], as if I had fallen through the ice on a lake; I was underneath the water and I couldn’t even see the surface,” she remembered feeling in the wake of the results. “It was a severe shock to my entire essence and my beliefs in the order in the world, and also the PTSD of having been an abused kid in a family.”

In the week following the election, the comedian was in “pure panic mode.” However, with both time and therapy, she’s no longer in shock and is simply “devastated, disappointed, disheartened, and depressed by the reality of it.”

RELATED: Rosie O’Donnell tells Joel Osteen to be more like Jesus after his megachurch fiasco

“It’s taken a year for me to get my equilibrium back, to come back up to the surface,” she said. “I seriously worry whether I personally will be able to live through [his presidency] and whether the nation will be able to live through it and survive. It’s a terrifying concept, on the brink of nuclear war with a madman in charge. And the ineptitude—the impotence of people who should be able to stop him claiming they can’t—is absolutely infuriating.”

O’Donnell has been an avid critic of President Trump, frequently using her platform on Twitter to express her displeasure with him and his administration. Likewise, the then candidate took a swing at her during the first Republican presidential debate of the election season, saying, “Only Rosie O’Donnell” when moderator Megyn Kelly pointed out that he’s “called women fat pigs, dogs, slobs, disgusting animals.”