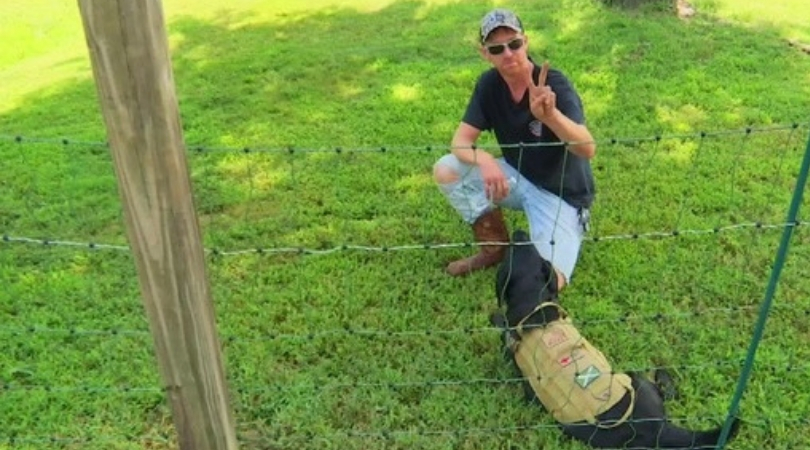 You know how there are just some mean people on this planet? Well, meet Bryan Tucker, the destroyer of fun and children’s hopes. Why? Well, turns out Tucker was fed up with children trespassing on his property, so instead of asking them to stay away like any normal person would, he decided to do the extreme. Tucker installed an electric fence to “keep the children away.” Yes, not just any fence, an electric fence that can probably injure not only children but anyone around the area.

You see, Tucker’s house is just a few feet away from a middle bus stop in Henrico County, Virginia, which is why sometimes children would come up to his property on their way home. Tucker told officials, he had installed the fence after growing tired of kids throwing trash and walking on the lawn after school. What makes the situation even more ridiculous, was that the homeowner decided to put the fence up on the first day of school. Meaning, well, you know what that means.

Parents were furious as soon as they saw the fence due to the fact that Tucker didn’t put up any warning sign, which could cause potential harm. On his property, there are two signs posted to a tree in Tucker’s front yard reading, “Private Property – hunting, fishing, trapping or trespassing for any purpose is strictly forbidden. Violators will be prosecuted.” There is no sign saying there is an electric fence nearby.  Parents main concern was children getting electrocuted, after not knowing exactly what harm the fence can do, or if it actually works. James Mehfoud, a resident around the area, spoke to WRIC, stating,

“I touched it, I got a slight shock, it wasn’t that great. I understand his concern. I just don’t think he understood the neighbors’ concern about their kids. One of them could touch it, fall into it, and get shocked.”

County Officials did notify Tucker he was in violation of the County Code after his yard starts further off the road where the fence is. The fence was put in county right-of-way. Officials asked Tucker to take down the fence, stating it was illegal. Tucker did remove the fence, but he is allowed to re-install it if he keeps the fence at his property line.

Still, not cool, Tucker, not cool. Can you please take the fence down for good? Think of the kiddos! I know you don’t want for people to step on your lawn, but at least put a warning sign or something. That’s the main problem here.