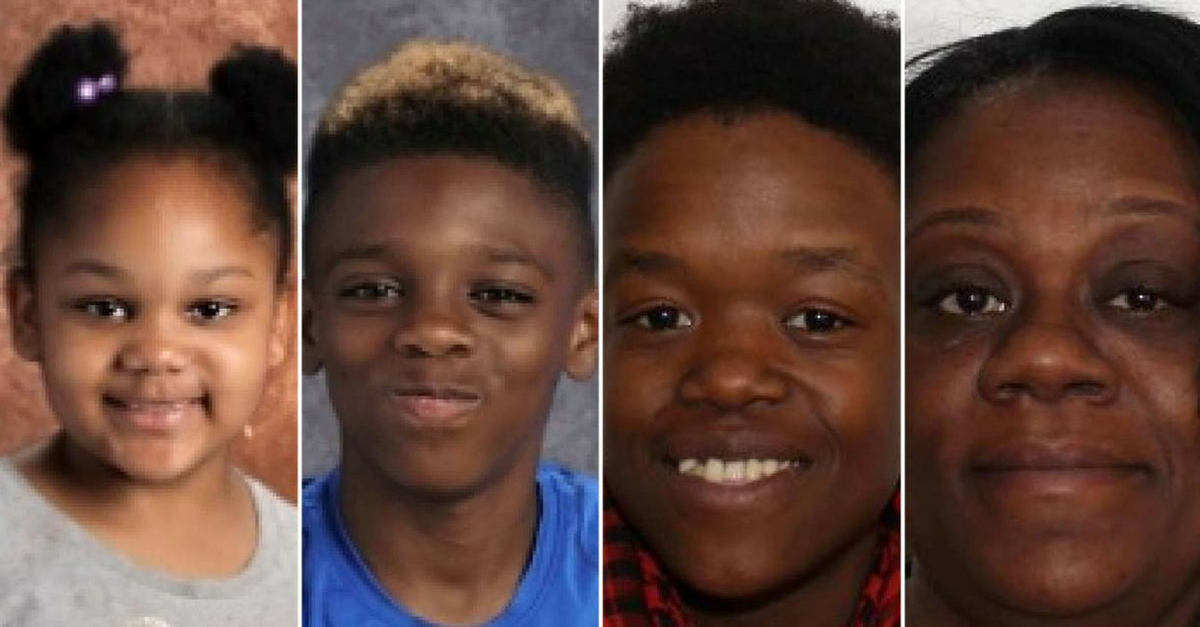 All four family members found dead inside of their New York apartment on the day after Christmas have been identified by upstate police officers as Shanta Myers, 36; her children, Jeremiah Myers, 11 and Shanise Myers, 5; and her partner, Brandi Mells, 22.

The bodies of the two women and children were discovered in a basement by the building’s property manager, who had received a call from the victims’ relatives asking him to do a welfare check on the family. While police have not announced their causes of death, they are treating the incident as a “suspicious” quadruple homicide. During a press conference on Wednesday, Troy Police Chief John Tedesco hinted that the murders were gruesome.

RELATED: Police were called to the scene of an apartment basement in New York ? 4 people were found dead

“After being in this business for 43 years, I can’t describe the savagery of a person who would do this. I don’t think there’s any doubt that a person who committed this crime is capable of anything,” he said. “It was the number of people killed, the manner in which they were killed. And the children being involved.”

City Council member Mark McGrath expressed similar thoughts, saying, “For someone to do this to two children is horrific. I can?t even explain how people feel up here. We?ve had homicides here in the past, as all communities do, but children ? it really, really has affected this community.”

While police aren’t sure when exactly the homicides occurred, autopsies that are currently being conducted may provide some clues. So far, no suspect is in custody and no motive is known. However, Tedesco pledged, “This will be a full-court press, if you will, until we bring someone to justice.”

RELATED: A wife?s underage affair was uncovered by her cop husband, and his twisted response is just the beginning