Menu
Follow us
Search
Menu
Search
WOODLAND HILLS, CA - JUNE 02: Kathy Griffin speaks during a press conference at The Bloom Firm on June 2, 2017 in Woodland Hills, California. Griffin is holding the press conference after a controversial photoshoot where she was holding a bloodied mask depicting President Donald Trump and to address alleged bullying by the Trump family. (Photo by Frederick M. Brown/Getty Images)

Despite holding a tearful press conference in which she apologized for her photo shoot with the fake, bloody, severed head of President Trump, Kathy Griffin is making sure everyone knows she’s not actually sorry for the stunt.

“I took a picture that you or anyone of your friends could make,” she told the Guardian in a new interview. “I put it online and was under federal investigation for conspiracy to assassinate the President of the United States of America. I didn’t do anything wrong. It’s insane and I truly believe if it happened to me it could happen to you.”

“I will not be convinced this was not a straight-up case of sexism and ageism. I really think Trump went for me because I was an easy target,” she continued. “I will openly accuse the President of the United States of human rights violations.”

Following the incident, CNN fired Griffin from co-hosting their New Year’s Eve show, which had been a tradition for years. The remaining dates on her comedy tour were also cancelled as venues no longer wanted to be associated with the comedian.

Prior to speaking with the Guardian, Griffin told Australia’s “Sunrise” last month, “I am no longer sorry, the whole outrage was B.S., the whole thing got so blown out of proportion.”

RELATED: After apologizing for her beheaded Trump photo, Kathy Griffin is singing a different tune 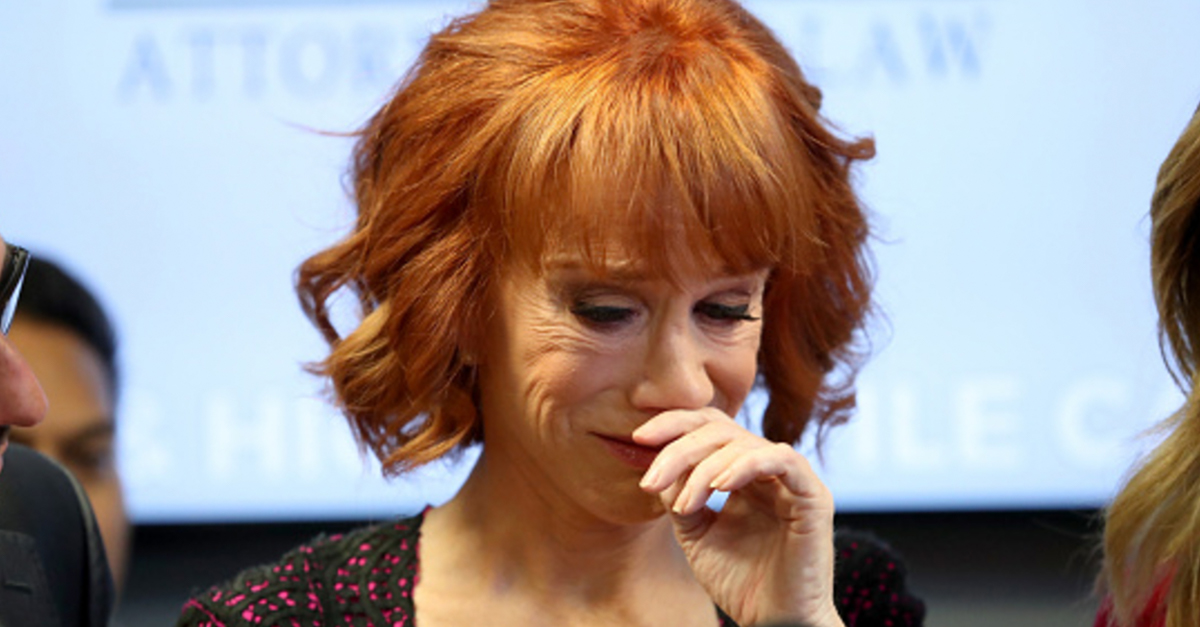