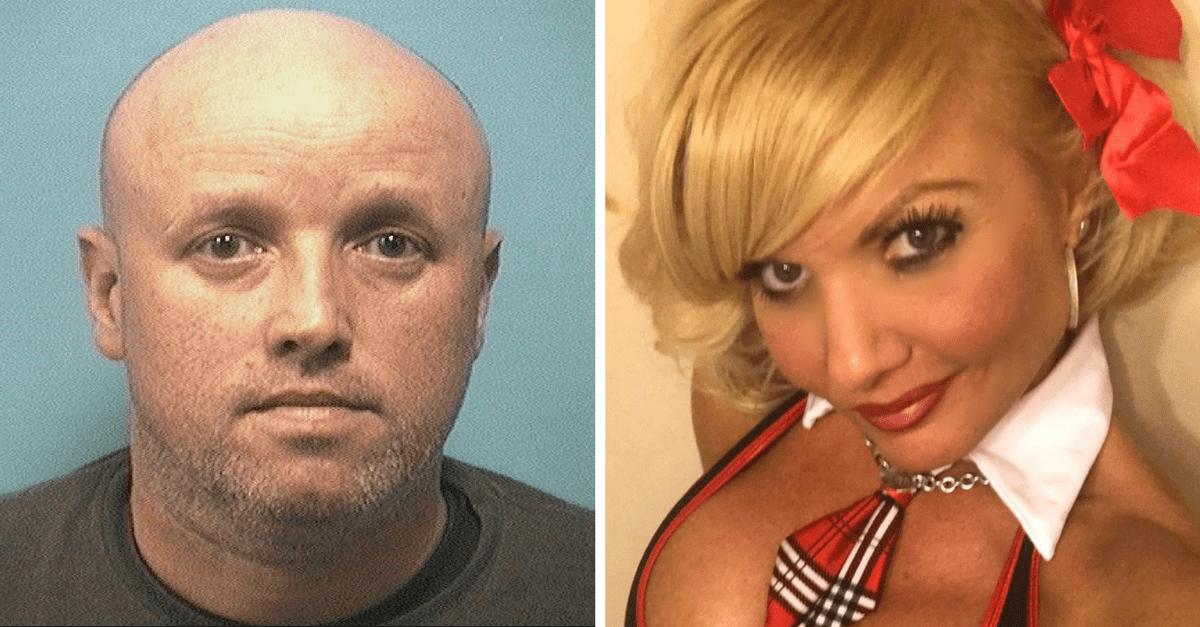 Alabama police arrested and charged William “Jeff” West, 44, with murder on Thursday morning, over a month after his wife, adult performer Kathleen Dawn West, was found dead in their front yard under mysterious circumstances.

“He was a suspect in the very beginning,” Calera Police Chief Sean Lemley said of Jeff West at a press conference while announcing the major development in the case.

The Calera Police Department launched an investigation into the tragedy, which gathered details about what led to the alleged homicide and to Jeff West’s being considered a primary suspect. The fact that his wife’s body was found outside of the home and partially nude presented some challenges in the case, but investigators ultimately found it suspicious that the suspect “didn’t seem to be very upset.”

“We know exactly what happened that night,” Lemley declared. “And we do have evidence to support that.”

However, one piece of the puzzle is still missing, as the couple was captured by a liquor store’s security cameras hours before the incident and appeared to be enjoying a fun, happy date night. Police are unsure what happened between then and the alleged murder, with Lemley adding, “Unfortunately, [domestic violence incidents] turn bad pretty quickly.”

“West will be prosecuted to the fullest extent the law allows,” Shelby County District Attorney Jill Lee said in a statement after his bond was set at $500,000. “However, it should be noted that this is an arrest based upon a determination of probable cause, and West remains innocent until proven guilty.”

RELATED: Alabama residents are on edge after an adult performer was mysteriously found dead in front of her home

Kathleen West’s body was discovered by neighbors in mid-January outside of the home she shared with her husband and 12-year-old daughter. Soon afterward, Jeff West reportedly walked out of the house, was informed that his wife was dead and simply walked back inside.

“He didn’t cry, didn’t show no facial expressions,” the father of the young woman who found the body recalled, with the woman herself adding, “It was odd. It was very odd. He walked out like it didn’t even matter to him.”