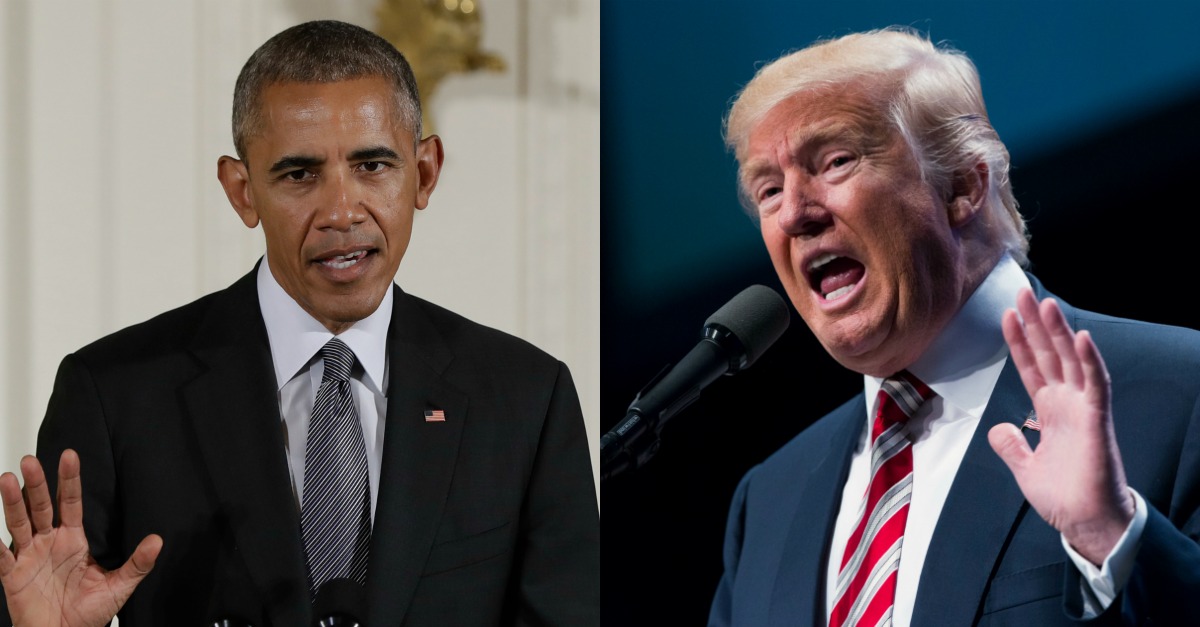 President Donald Trump will announce Thursday that the U. S. will withdraw from the Paris global climate pact, according to a White House official, congressional officials and others briefed by the White House.

Trump is to make the announcement from the Rose Garden Thursday afternoon.

“He’s pulling out. It’s official,” said Stephen Moore, an economist who worked for Trump’s campaign and participated in an administration conference call. “They’re going to withdraw U.S. participation in the treaty.”

White House talking points obtained by The Associated Press say that the Paris accord “is a BAD deal for Americans” and that the president’s action would keep “his campaign promise to put American workers first.”

“The Accord,” the document goes on to say, “was negotiated poorly by the Obama Administration and signed out of desperation.”

“The U.S. is already leading the world in energy production and doesn’t need a bad deal that will harm American workers,” it reads.

The White House had signaled that withdrawal was likely, but Trump has been known to change his mind at the last minute on such major decisions.

Abandoning the pact was one of Trump’s principal campaign pledges, but America’s allies have expressed alarm about the likely consequences. Top White House aides have been divided. Aides have been deliberating on “caveats in the language,” one official said.

The White House invited representatives from several groups that support withdrawing from the Paris accord, including staff from the Heritage Foundation, a conservative think tank with close ties to the administration, and Myron Ebell, director of the Center for Energy and Environment at the Competitive Enterprise Institute, a libertarian think tank that gets financial support from the fossil fuel industry.

Trump had several potential options. Some of his aides have been searching for a middle ground in an effort to thread the needle between his base of supporters who oppose the deal for fear it will hamper U.S. economic growth and those warning that a U.S. exit would deal a blow to the fight against global warming, as well as to worldwide U.S. leadership.

Under the agreement, the U.S. had agreed to reduce the country’s pollution emissions to 26 percent to 28 percent of 2005 levels by 2025 — about 1.6 billion tons. Countries are permitted under the treaty to change their goals, and there is no punishment for missing targets.

Pulling out of the agreement outright would take three-and-a-half years under the standard cooling-off period for new international treaties.

Abandoning the Paris pact would isolate the U.S. from a raft of international allies who spent years negotiating the 2015 agreement to fight global warming and pollution by reducing carbon emissions in nearly 200 nations. While traveling abroad last week, Trump was repeatedly pressed to stay in the deal by European leaders and the pope. Withdrawing would leave the United States aligned only with Russia among the world’s industrialized economies.

American corporate leaders have also appealed to the businessman-turned-president to stay in the pact. They include Apple, Google and Walmart. Even fossil fuel companies such as Exxon Mobil, BP and Shell say the United States should abide by the deal.

In a Berlin speech, Chinese Premier Li Keqiang said that fighting climate change is a “global consensus” and an “international responsibility.”

“China in recent years has stayed true to its commitment,” said Li, speaking in Berlin Wednesday.

Trump’s chief economic adviser, Gary Cohn, has discussed the possibility of changing the U.S. carbon reduction targets instead of pulling out of the deal completely. Senior adviser Jared Kushner generally thinks the deal is bad but still would like to see if emissions targets can be changed.

Trump’s influential daughter Ivanka Trump’s preference is to stay, but she has made it a priority to establish a review process so her father would hear from all sides, said a senior administration official. Like the other officials, that person was not authorized to describe the private discussions by name and spoke only on condition of anonymity.

Interior Secretary Ryan Zinke said Wednesday in Alaska that he had “yet to read what the actual Paris Agreement is,” and would have to read it before weighing in.

Scientists say Earth is likely to reach more dangerous levels of warming sooner if the U.S. retreats from its pledge because America contributes so much to rising temperatures. Calculations suggest withdrawal could result in emissions of up to 3 billion tons of additional carbon dioxide in the air a year — enough to melt ice sheets faster, raise seas higher and trigger more extreme weather.