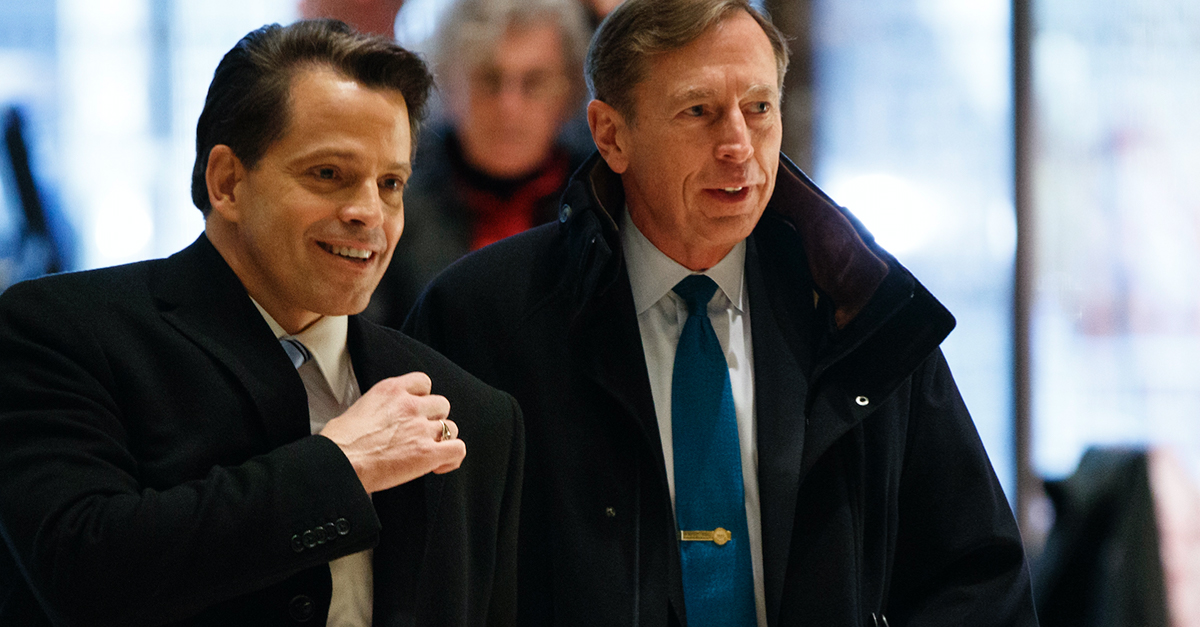 Days after White House Press Secretary Sarah Huckabee Sanders said it would be “inappropriate” to question a general, a four-star general with a lot of history publicly disagreed.

RELATED: Obama said the U.S. wouldn’t abandon Bergdahl, who has since pleaded guilty to desertion

“If you want to go after General Kelly, that is up to you,” Sanders said. “If you want to get into a debate with a four-star Marine general, I think that is something highly inappropriate.”

According to Petraeus, even four-star generals should be subject to criticism.

“I think we’re all fair game,” Petraeus said. “ … We, in uniform, protect the rights of others to criticize us, frankly … we are fiercely protective of the rights of our Americans to express themselves, even if that includes criticizing us.”

Petraeus knows first hand about how much one can be scrutinized in public. Petraeus pleaded guilty to mishandling classified information and nearly served jail time.

In November 2016, Petraeus was a rumored candidate to be President Donald Trump’s secretary of state.