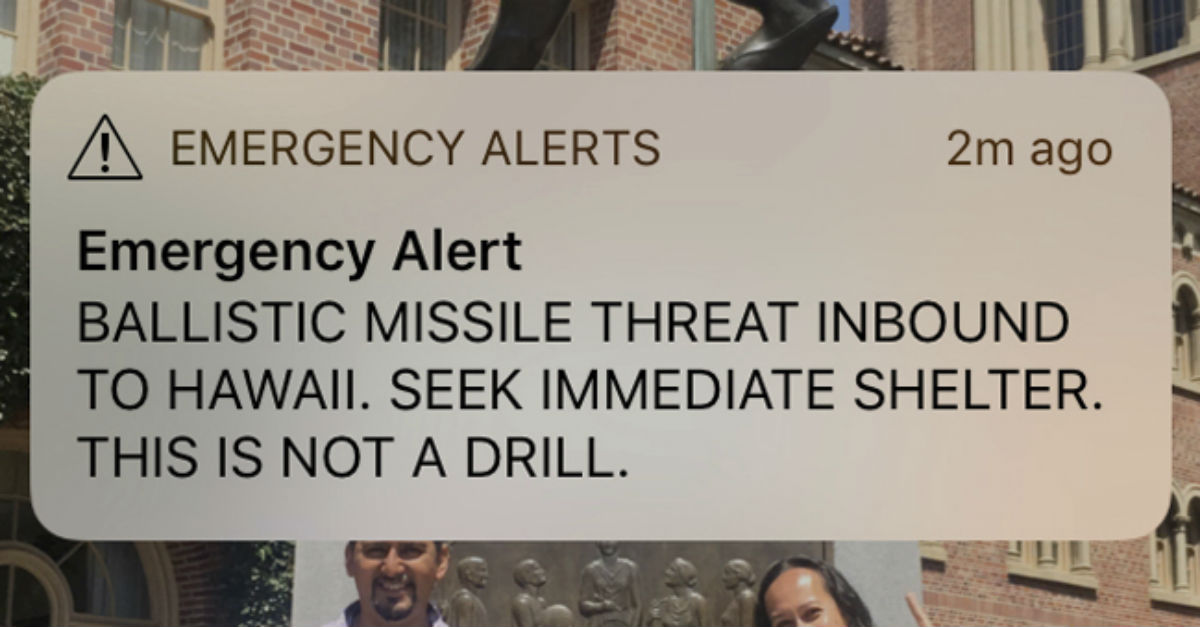 The person behind Hawaiians’ panicked weekend has a new job.

Hawaiians were sent into a panic on Saturday after they received alerts on their phones saying, “BALLISTIC MISSILE THREAT INBOUND TO HAWAII. SEEK IMMEDIATE SHELTER. THIS IS NOT A DRILL.” After 30 minutes of fright and tearful goodbyes, a correction was issued. It was later revealed that the message was sent by mistake, thanks to human error.

USA Today reports that the person behind the mistake, a Hawaii Emergency Management Agency employee who worked at the organization for 10 years, has since been reassigned. In a statement, the agency said the employee will work in a capacity that “does not provide access to the warning system” while an investigation is pending.

Following the initial panic, officials rushed to tell citizens the message was a false alarm.

Rep. Tulsi Gabbard (D-Hawaii) tweeted that there was no incoming missile.

Gov. David Ige (D) said he would consult with officials to ensure future “confidence” in the emergency alert system.

STATEMENT: While I am thankful this morning’s alert was a false alarm, the public must have confidence in our emergency alert system. I am working to get to the bottom of this so we can prevent an error of this type in the future.

I am meeting this morning with top officials of the State Department of Defense and the Hawaii Emergency Management Agency to determine what caused this morning’s false alarm and to prevent it from happening again.

The @FCC is launching a full investigation into the false emergency alert that was sent to residents of Hawaii.