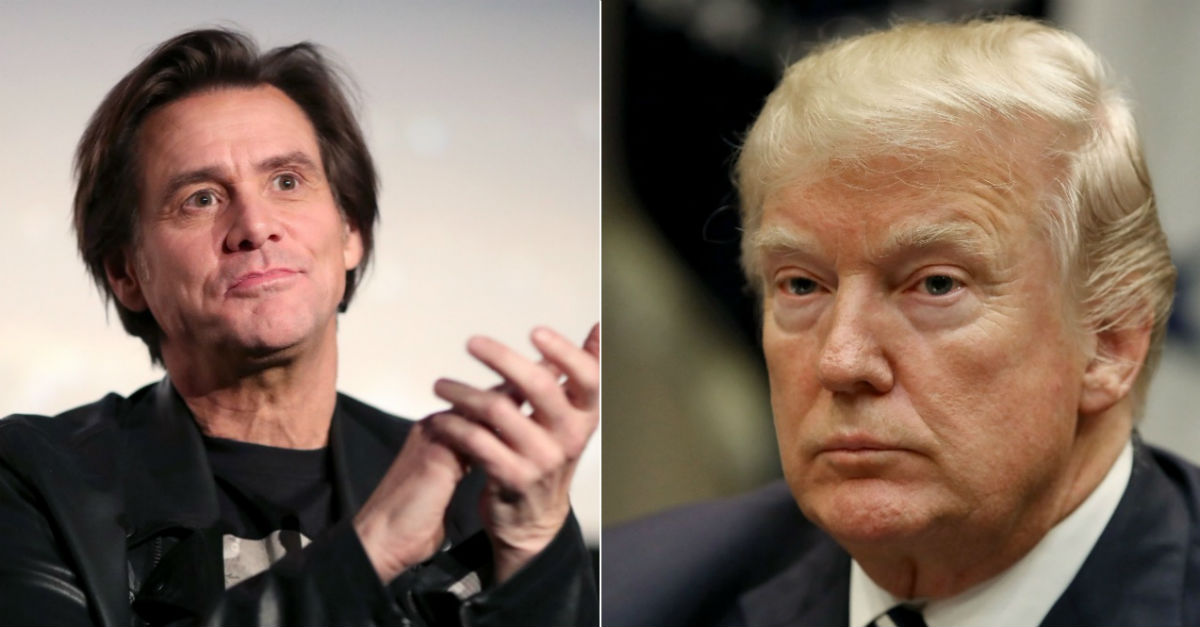 Actor Jim Carrey was among those who believed he was in his final moments of life when an emergency message was sent out mistakenly warning of an inbound ballistic missile.

Hawaiians were sent into a panic on Saturday after they received alerts on their phones saying, “BALLISTIC MISSILE THREAT INBOUND TO HAWAII. SEEK IMMEDIATE SHELTER. THIS IS NOT A DRILL.” After 30 minutes of fright and tearful goodbyes, a correction was issued. It was later revealed that the message was sent by mistake, thanks to human error.

Carrey, who woke up to the alert, later tweeted his frustration. He then took a shot at President Trump and congressional Republicans, saying the mistaken alarm was really a sign of what was to come.

“I woke up this morning in Hawaii with ten minutes to live. It was a false alarm, but a real psychic warning. If we allow this one-man Gomorrah and his corrupt Republican congress to continue alienating the world we are headed for suffering beyond all imagination,” he wrote alongside a picture of a mushroom cloud.

Following the initial panic, officials rushed to tell citizens the message was a false alarm.

Rep. Tulsi Gabbard (D-Hawaii) tweeted that there was no incoming missile.

Gov. David Ige (D) said he would consult with officials to ensure future “confidence” in the emergency alert system.

STATEMENT: While I am thankful this morning’s alert was a false alarm, the public must have confidence in our emergency alert system. I am working to get to the bottom of this so we can prevent an error of this type in the future.

I am meeting this morning with top officials of the State Department of Defense and the Hawaii Emergency Management Agency to determine what caused this morning’s false alarm and to prevent it from happening again.

The @FCC is launching a full investigation into the false emergency alert that was sent to residents of Hawaii.