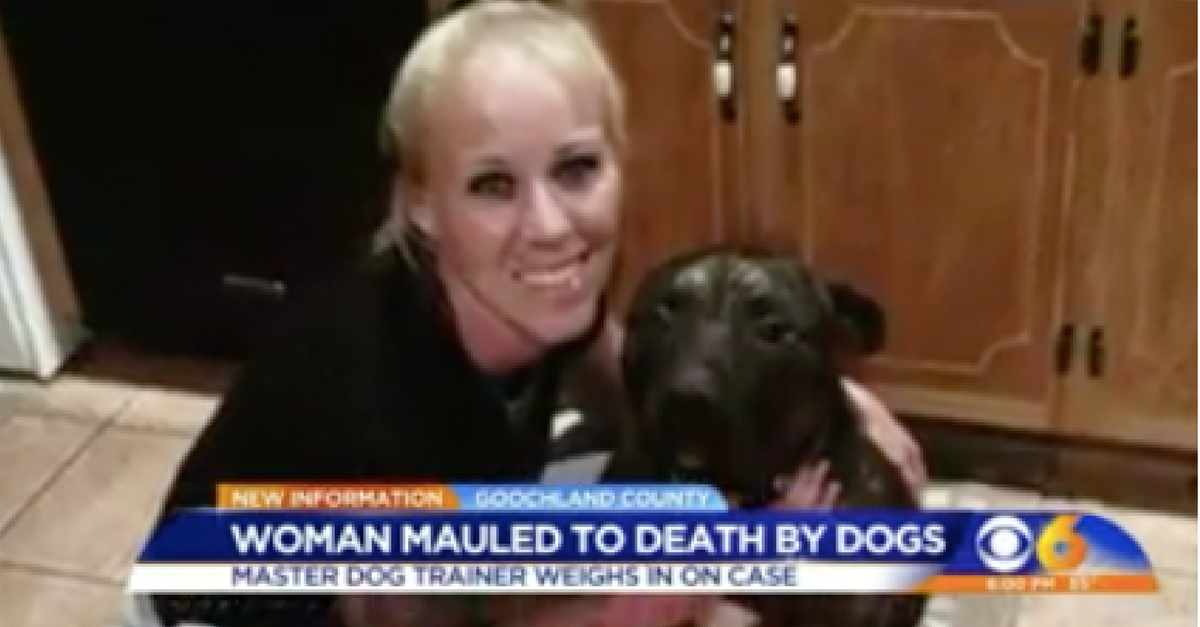 A recently completed autopsy has confirmed that a Virginia woman believed to have been attacked and killed by her pit bulls in December did indeed die from “trauma due to mauling by animals.”

Following the release of the autopsy, Sheriff Jim Agnew announced his office’s investigation into the death of 22-year-old Bethany Lynn Stephens has officially been closed.

“The medical examiner’s report substantiated what we observed,” he said after releasing a seven-page report detailing the investigation’s findings. “I hope that the family can get some peace now. There are going to be those who aren’t going to believe and pick apart all the things that we’ve done, and that’s their prerogative, but unless somebody steps forward with some really strong evidence, we’ve closed this.”

RELATED: Police put to rest speculation on the pit bull mauling of a woman with one chilling detail of the grisly scene

Stephens was found dead in a wooded area near her father’s home in December, and police initially believed she had been mauled to death by the pit bulls after officers arrived at the gruesome scene to see the dogs eating her rib cage and chewing on other parts of her body. Sheriff Agnew’s report details investigators’ grisly findings, including the medical examiner’s discover of defensive wounds on Stephens’ hands and arms “from trying to keep the dogs away from her.”

“Overall, the combination of wounds is consistent with the mauling by an animal or animals, possibly dogs,” the medical examiner’s report said. “Additionally, there was evidence of extensive postmortem animal predation at the face, torso and arms.”

The sheriff’s office indicated that one of the dogs had a history of aggression, having snapped at a previous owner. However, they added that the animals may have been stressed and underfed after Stephens moved away from the home where they were kept. The report additionally confirmed that no drugs or alcohol were involved in the tragedy and that there was no evidence of a gunshot, strangulation or any other attack besides the dog attack wounds, making it clear that “Stephens was not raped, and this was not a homicide.”

Both pit bulls have since been euthanized with permission from Stephens’ family.

RELATED: Not even dog experts agree on the case of a 22-year-old Virginia woman mauled by pit bulls