Will Trump’s Wall Stop Drugs From Coming In? Analysts Say No 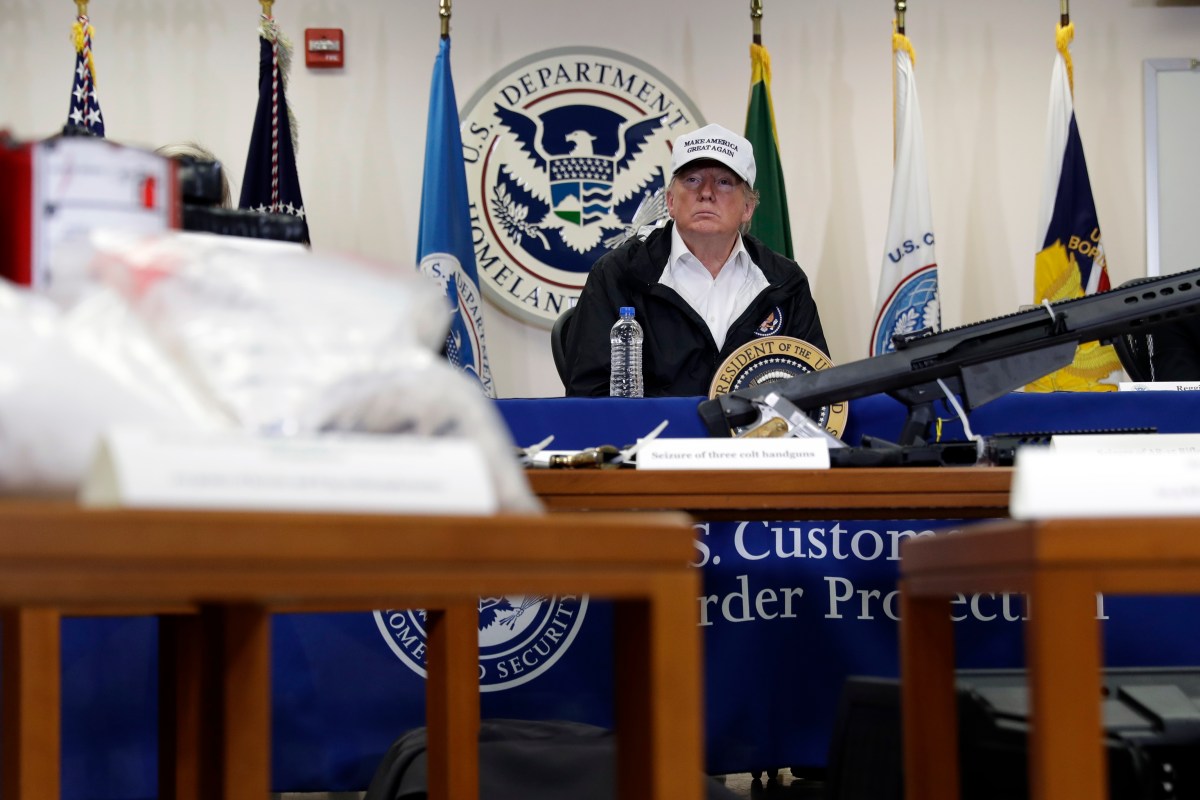 PHOENIX (AP) — In his demands that Congress set aside $5.7 billion for a border wall, President Donald Trump has insisted that a new physical barrier would stop heroin entering the U.S. from Mexico.

“Our southern border is a pipeline for vast quantities of illegal drugs, including meth, heroin, cocaine and fentanyl. Every week, 300 of our citizens are killed by heroin alone, 90 percent of which floods across from our southern border,” Trump said in a speech last week about U.S.-Mexico border security.

Trump added in a Tweet the next day: “These numbers will be DRASTICALLY REDUCED if we have a Wall!”

But U.S. statistics, analysts and ongoing testimony at the New York City trial of drug kingpin Joaquin “El Chapo” Guzman show that most hard drugs entering the U.S. from Mexico come through land border crossings staffed by agents, not open sections of the border.

“We’ve been gradually beefing up physical barriers along the border for 20 years and have not seen any demonstrable difference in drug flows,” said David Shirk, a University of San Diego political science and international relations professor who specializes in U.S.-Mexico relations and border politics. “Drugs come through many ways that are not stopped by a wall, whether it’s by boat, submersible, tunnel, catapult, drone.”

It says most of its heroin seizures on the border are at official crossings called ports of entry, in California, and increasingly in Arizona. It arrives in passenger vehicles, hidden inside their frames and in other places in the cars, followed by tractor-trailers, where the drugs are hidden in legal imported goods.

A much smaller amount of heroin is seized from people who sneak across the border, usually on foot.

“Why bother trekking through the desert with a small amount of the drugs if it’s so much easier and faster to drive it through a port of entry?” asked Adam Isacson, director of defense oversight for the nonprofit Washington Office on Latin America, a group that says Trump’s wall will not boost border security.

Statistics suggest more bulkier marijuana shipments are smuggled between ports of entry than at them. The Border Patrol seized nearly 440,000 pounds (200,000 kilograms) of pot between crossings during the 11 months, compared with 280,000 pounds (127,000 kilograms) confiscated at crossings.

HOME ON THE RANGE

Still, some people living near the border believe a wall would stop the flow of hard drugs into the U.S.

Sue Chilton, the wife of longtime cattleman Jim Chilton who has operated a 50,000-acre ranch in southern Arizona for more than three decades, said they have seen “anything and everything” come onto their land that includes a 5.5-mile stretch along the international boundary.

“There are two ways to look at it,” she said. “You could also say that they have been more successful at the ports of entry because they have the dogs and the equipment and they don’t have those advantages in the in-between areas.”

“If you have 10 people standing on one corner and no one standing on the other corner, where do you think they are going to catch the robber?” she asked.

VIEW FROM THE SOUTH

A Mexican politician climbed the border wall to prove a point to Trump. pic.twitter.com/GN9GWOVXSh

Alejandro Hope, a former Mexican intelligence official who is now an independent security analyst, says a new wall as a counter-drug strategy is “basically a pointless exercise.”

He points to recent drug seizures in Mexico, including 92.5 pounds (42 kilograms) of methamphetamine found Monday at the Tijuana airport just across the border from San Diego with a passenger who brought it hidden in cheese on a commercial flight from the Sinaloa state capital of Culiacan.

He said it’s highly likely that all of those shipments were bound for official border crossings because it would not make sense for them to be rerouted to more remote areas where people cross the border illegally on foot.

Hope said it’s harder to say where traffickers had planned to take the 3.7 metric tons of pot that Mexican authorities seized last Friday from a truck intercepted between the cities of Zacatecas and Saltillo in central-northern Mexico.

It could have wound up hidden inside a truck carrying cargo to Texas or smuggled under the border in secret tunnels leading from Mexico to Arizona.

Over the years, tunnels running from Mexico to the U.S. have become an increasingly common way to smuggle drugs by circumventing the many miles of steel bollards and tall fencing already built along the four-state border.

U.S. authorities in August discovered a tunnel stretching from a house in Mexico to an abandoned fast-food restaurant in Arizona. The Department of Homeland Security said it learned in April of a tunnel wide enough to walk through leading from Mexico to a closed Kentucky Fried Chicken restaurant in San Luis, Arizona, about 200 yards (180 meters) north of the international line.

Since 1990, U.S. officials have discovered at least 230 tunnels, most of them running from Mexico into California and Arizona. It’s believed smugglers have spent hundreds of thousands of dollars to build the more sophisticated ones with ventilation and lighting.

PLANES, TRAINS, AND A SUBMARINE

Testimony during Guzman’s trial made it clear that physical barriers did little to prevent the shipment of his Sinaloa Cartel’s drugs to the U.S.

Jurors have heard how the cartel has hidden narcotics in shipments that included cans of jalapeno peppers. A former cartel member detailed an operation in which trains took cocaine stuffed inside compartments of tankers filled with cooking oil from Mexico to New Jersey.

Testimony was presented of the cartel using airplanes to fly cocaine from Colombia to Mexico, which was then offloaded to trucks for transport via official border crossings to cities like Los Angeles and Chicago.

Jurors also watched a video of a cartel submarine carrying 13,000 pounds (some 5,900 kilograms) of cocaine worth more than $100 million. The U.S. Coast Guard intercepted the submarine off Guatemala’s coast as it headed north. The Coast Guard has detected dozens of such subs over the years, many bound for Mexico and a trip for the drugs by truck through official border crossings, as well as few found off the U.S. coast in Florida and Texas.

Intercepted cartel text messages presented in court have shown if there is a crisis on the border, as Trump insists, it isn’t new. The cartel has moved loads of drugs over the border at legal and illegal crossing points for three decades.

“How are the sales going?” Guzman asked in a 2012 text message to his lover Agustina Cabanillas Acosta, who helped coordinate drug deals.