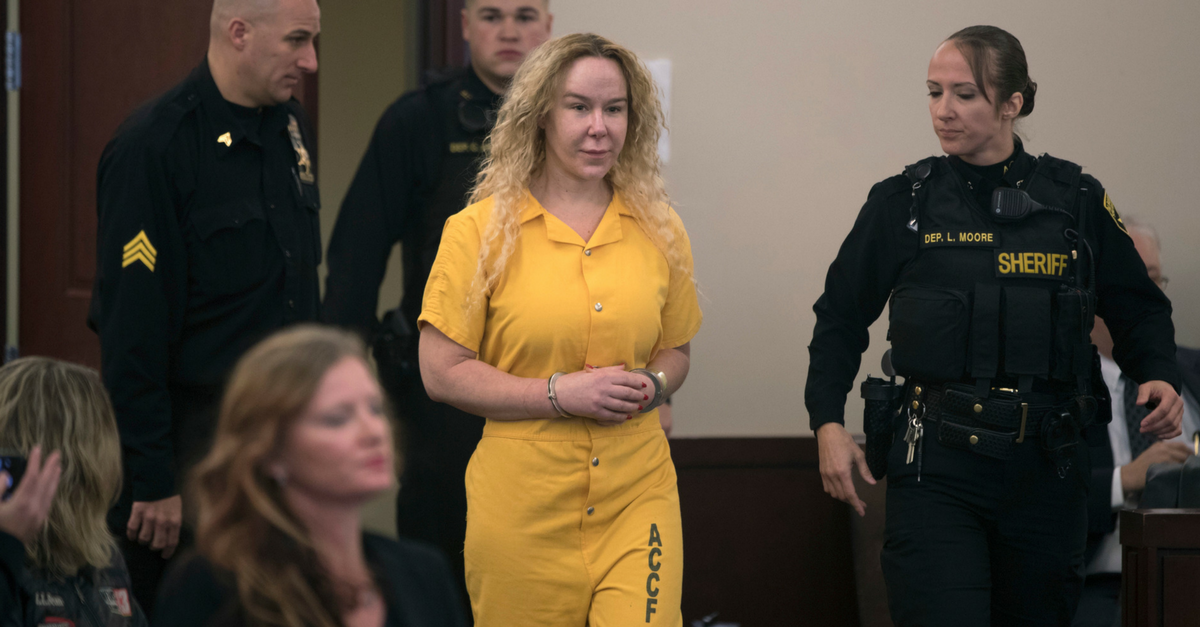 AP Photo/Mike Groll, File
FILE - In this Nov. 18, 2016 file photo, Alexandria Duval walks into Albany County Court in Albany, N.Y. A murder trial is underway for Duval, accused of deliberately driving off a cliff in Hawaii and killing her identical twin sister. Duval's defense attorney Birney Bervar says in his opening statement Monday, Jan. 29, 2018 in Wailuku, Hawaii, the crash was a tragic accident. Bervar says there's reasonable doubt of any criminal behavior. A judge instead of a jury is hearing testimony and is expected to reach a verdict this week. Authorities described the 2016 crash as a hair-pulling fight over the steering wheel. Anastasia Duval died, and her sister was arrested. (AP Photo/Mike Groll, File)

The yoga instructor who allegedly purposely drove herself and her twin sister off a cliff in Hawaii was said to have dressed in her deceased sister’s clothes and to flirt with her boyfriend following the fatal crash, he testified in court.

Federico Bailey, who was dating Anastasia Duval at the time of her death, told a Maui courtroom on Tuesday about Alexandria’s strange behavior afterwards and fueled speculation that the 2016 accident wasn’t really an accident after all.

“She began cuddling up on me, it seemed like she was flirting with me … she sat down beside me really close and lay her head on my shoulder,” he said. “She put on Anastasia’s clothes. I started talking to her about what happened, she avoided answering any of my questions. When I saw her in Anastasia’s dress it was disturbing. Anastasia had just worn that dress a few nights earlier.”

RELATED: A yoga instructor charged for murdering her twin by driving off a cliff has begun her trial

Bailey went on to explain that he, Anastasia and Alexandria’s boyfriend had gone on a camping trip when Alexandria showed up invited and without warning, prompting a fight between the sisters. The twins reportedly drove away while he was in the bathroom, and he never saw Anastasia alive again, as she tragically passed away from “major head trauma” endured in the crash while Alexandria survived.

Witnesses on Tuesday recalled seeing the women fight in their car prior to the crash, with one even saying he saw “hair-pulling and punching” in the vehicle before it “sped up and jerked to the left.”

Alexandria first appeared in court in regard to Anastasia’s death in 2016, but was released after a judge found no probable cause to charge her with murder. However, she was arrested again months later in New York after a grand jury indicted her, and her trial started this week. If convicted of the second-degree murder charge against her, she faces life in prison.

RELATED: Friends close to the woman accused of murdering her twin sister weigh in on the sisters’ complicated relationship