In March of 1995, actor Martin Landau put a cap on a decades-long career in Hollywood by winning the Academy Award for Best Supporting Actor.

Landau died on July 15, 2017, at age 89. The actor, acting coach, producer, and editorial cartoonist began his career back in 1950 appearing in a supporting role in Alfred Hitchcock‘s North by Northwest in 1959.

Throughout his career, Landau starred alongside some of Hollywood’s biggest names. In 1994’s “Ed Wood,” he played actor Bela Lugosi, another character actor who had a long career in front of the screen. When speaking to the crowd during his speech, an exasperated Landau delivered one of the most memorable monologues in Oscar history.

“My God. What a night. What a life. What a moment. What everything,” Landau said during his speech. Landau went on to thank many people involved with the film, and expressed admiration to his director Tim Burton, and co-star Johnny Depp.

“I talked to Tim Burton today in New York and I want to finish a conversation. Thanks, Tim for giving me the part of my life,” he stated.

The actor also has several other accolades including an academy award, a Screen Actors Guild Award and a Golden Globe award. 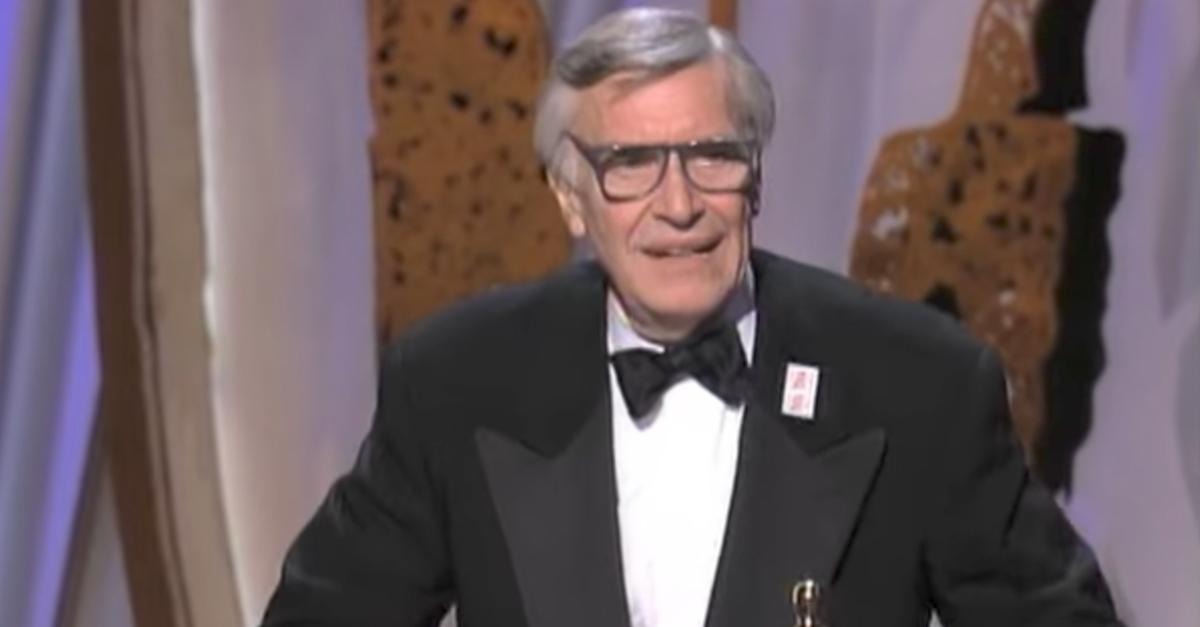