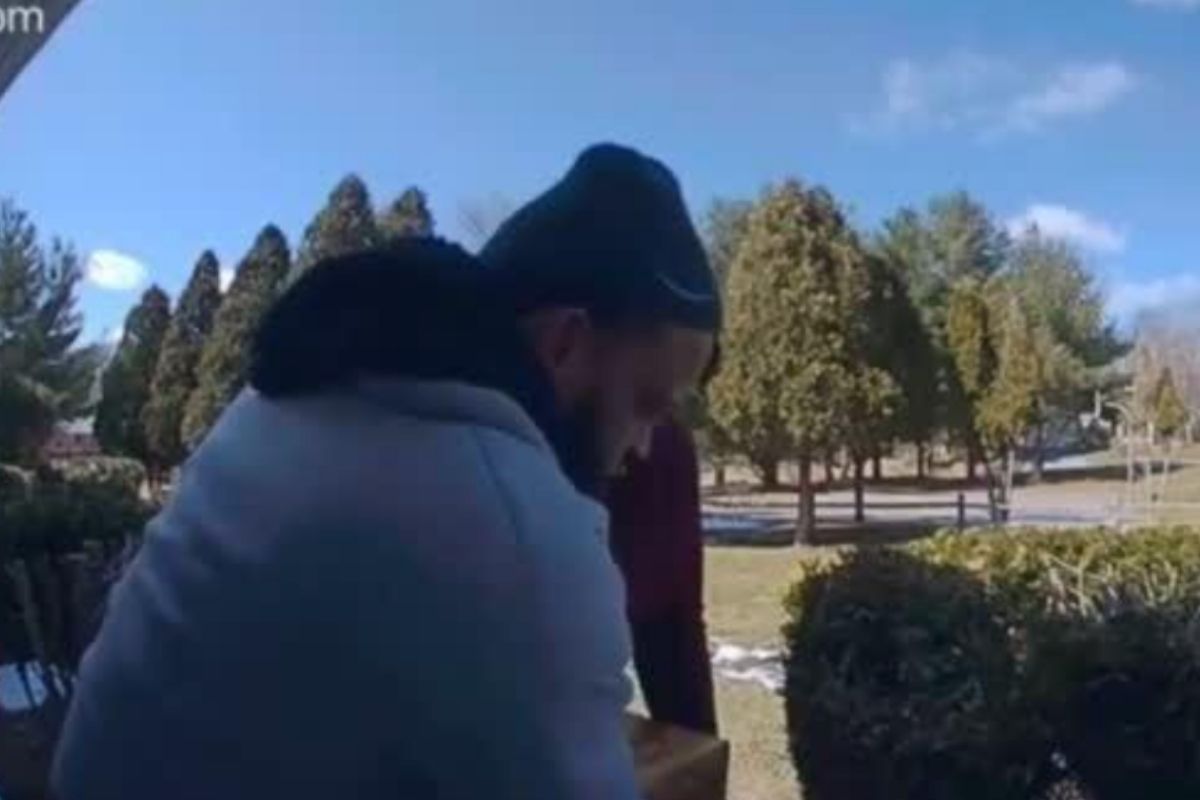 A Rhode Island man was baffled and shocked while watching his groceries get dropped off through his Ring doorbell camera in North Kingston. The video shows the Amazon delivery driver who had put his groceries at the front door of this unnamed man’s house, urinating on the groceries after, even though he realizes that he’s on camera.

The customer had gotten a notification from the doorbell camera when the delivery driver came up to his door. The driver put down some cases of seltzer water along with other groceries he had ordered from Whole Foods through Amazon Prime. However, something wasn’t rubbing the customer the right way about how the delivery driver was acting. He said, “I was watching and he was acting strange. So I kept watching,” explaining how he saw the driver go back and forth a few times.

This man said he was shocked after he watched his Ring doorbell camera to find an Amazon delivery driver urinating on the groceries he had just delivered. https://t.co/iShlHV83vt

The delivery driver looked like he was relieving himself, but also realized that he was on camera. However, instead of stopping what he was doing, he crouches down even lower in hopes of hiding that he was doing so. The customer said, “I didn’t know what he did until I looked outside and saw the wet spot there on the ground. Then I went back inside and re-watched the video. And I put the volume all the way up and I could hear it.”

The customer went outside and saw that the driver had in fact urinated all over his food. He explained that he called Amazon customer service, but had no luck in getting help. So he decided to call a corporate number that led him to an Amazon representative. The representative immediately started apologizing profusely, sending a cleaning crew to the man’s house to clean their front walk, and putting $100 in the man’s Amazon account.

The customer told ABC 6, “I’m just totally mind blown about the whole thing,” he said. “I just don’t know what he was thinking or, if he did just have to go to the bathroom, there were woods right next to my house!” and added, “I’m extremely happy that I had the Ring doorbell because if we didn’t then we would be drinking those seltzers right now. It’s disgusting to think about.”

Branden B, an Amazon spokesperson said in a statement, “We have very high standards for delivery partners and expect every package to be handled with care. This individual is no longer delivering Amazon packages.”

The delivery driver turned himself into North Kingstown Police, identifying himself as Ivan Jimenez of Providence. He came into the police station, saying he was the one on the doorbell camera. However, he currently denies urinating on the groceries and was charged with one count of vandalism.

This is actually so gross. But what bewilders me more is when Jimenez looks into the camera, realizes that he’s being filmed, and continues to urinate while ducking lower in hopes of being out of sight. That’s just straight stupidity to me. At least he turned himself in. But if you’re going to do that, you might as well admit to the whole thing. Owning it would be, in a weird way, more respectable.

Watch: Man Shoots Self in Groin While Showing Off Gun in Line at Grocery Store