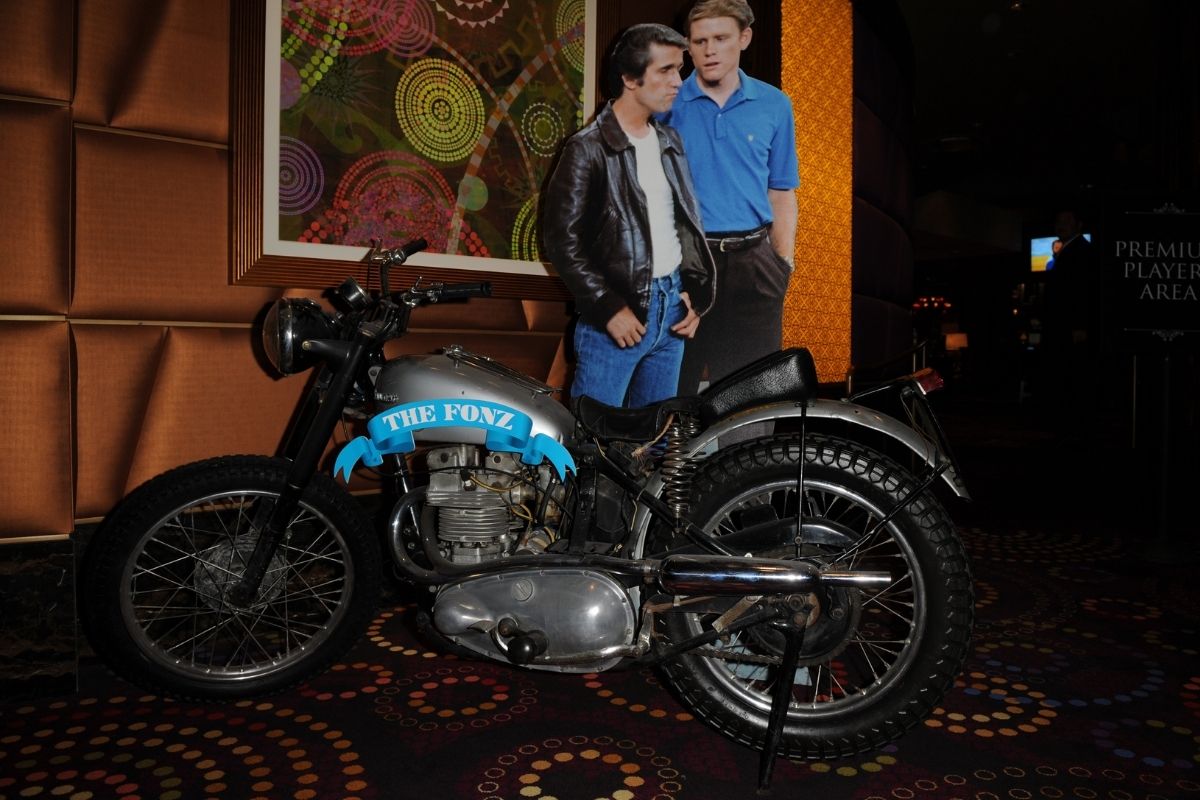 Arthur ?Fonzie? Fonzarelli is one of the greatest television characters of all time. Henry Winkler?s portrayal of the ever-cool, always hilarious Fonz on the ABC sitcom Happy Days is such an American treasure that his signature leather jacket is part of the collection at the Smithsonian?s National Museum of American History. Of course, all sorts of make-believe and behind the scenes finessing goes into any production, and it turns out that even Fonzie wasn?t everything he seemed. Winkler has revealed that he never actually rode a motorcycle on Happy Days. What, if any, other Fonz-centric secrets has he been keeping all these years?

When Fonzie Fever Swept The Nation

Harry Irving Winkler was born October 30, 1945 in New York City, per Biography. He decided to be an actor by the age of 14 and attended Emerson College followed by Yale School of Drama. After starting out in New York auditioning for Broadway, Winkler moved to Los Angeles in 1973 to try getting into television. After years of small roles, he decided to leave Hollywood and return to New York, but did one last audition for director Garry Marshall?s new sitcom set in 1950s Milwaukee, Wisconsin and won the part of Fonzie. He debuted on January 15, 1974.

Happy Days had a winning cast who all worked well together, including Tom Bosley as Howard Cunningham, Marion Ross as Marion Cunningham, future director Ron Howard as their son Richie Cunningham, Erin Moran as his sister Joanie, Scott Baio as her boyfriend Chachi, and Anson Williams and Don Most as Richie?s pals Potsie and Ralph Malph, per the IMDB. The show was supposed to focus on Richie?s life as a typical 1950s high school kid getting into scrapes and learning life lessons, and Fonzie was a secondary character with few lines. However, fans fell for Richie?s cool, older greaser friend the Fonz and ?Fonzie Fever? swept the country; Winkler soon received top billing alongside his co-star Ron Howard.

As reported by Outsider, in an interview with the Television Academy Foundation, Henry Winkler admitted that despite the Fonz?s motorcycle being such an important part of his character, he couldn?t actually ride. In fact, when he attempted to do so, he crashed the bike and almost hit the director of photography. From then on, whenever Fonzie was seen on his motorcycle, ?the motorcycle was attached to a piece of string, creating the illusion that Winkler was really riding.? No word on how they pulled off the episode in which Fonz jumped over a shark on water skis, but we assume there were more special effects involved.

Happy Days ran from 1974 to 1984; in the course of the show, Winkler was nominated for three Emmys for Outstanding Lead Actor in a Comedy Series. He also appeared as Fonzie on the Happy Days spinoff television shows Laverne and Shirley and Mork & Mindy. His television success continued throughout his career. He played clueless defense attorney Barry Zuckercorn as a cast member of the sitcom Arrested Development, at one point referencing Fonzie?s infamous shark-jumping episode by literally jumping over the body of a shark.

In 2018, he finally won an Emmy after he was nominated for his role of acting teacher Gene Cousineau on the HBO tv show Barry.

Henry Winkler also created the Hank Zipzer series of children?s books which stars a boy with dyslexia. Winker himself has dyslexia; in an interview with the Yale Center for Dyslexia and Creativity, he said ?This is what I know: A learning challenge doesn?t have to stop you. Every child who writes me a letter about Hank Zipzer, I write back. In every letter I include, ?your learning challenge will not stop you from meeting your dream. Only you will stop yourself from meeting your dream.?

Henry and his wife Stacey live in Los Angeles. They have three children, Jed, Zoe, and Max. He may not be able to ride a motorcycle, but he?s obviously still a multi-talented, accomplished man.

Watch: Arnold Schwarzenegger On Caitlyn Jenner?s Run for Governor: ?Anyone Has A Chance?