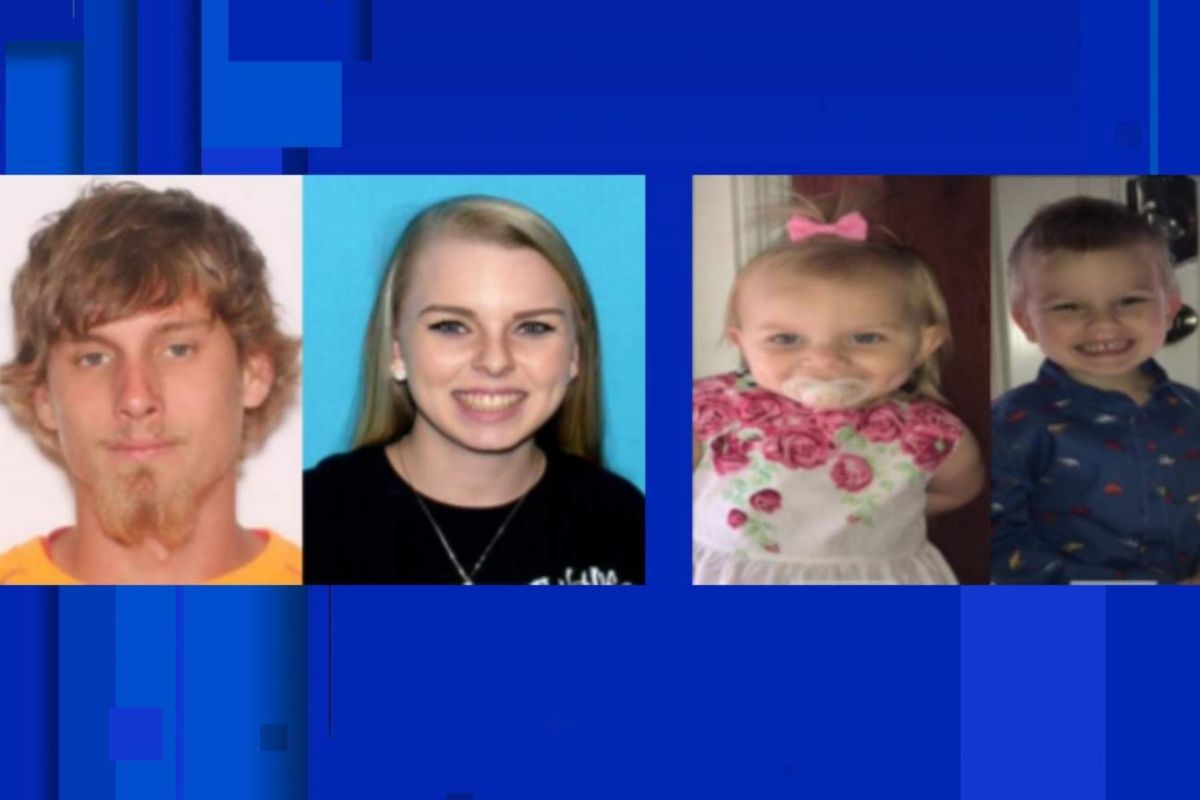 This is an update to a developing story: The Florida Department of Law Enforcement has now located two young children, Jaxson and Lucy Evans, who were believed to have been abducted by their parents. Officials report that the brother and sister were located at a motel in Suwannee County and the biological parents, David Evans and Sydni Jones, have both been arrested.

An amber alert was issued for the two missing children in what authorities called a parental abduction. Police had asked for the public’s help in finding a 2-year-old Lucy Evans and 4-year-old Jaxson Evans. Jaxson was described as around 3 ft tall with blue eyes and blond hair, he was reportedly last seen wearing an orange T-shirt.

Lucy Evans was described as 3 ft tall with blue eyes and blonde hair, and the toddler was last seen wearing a black T-shirt. The abducted children were reportedly last seen in the area of the 200 block of Southwest Birch Place located in Lake City, Florida. Police suspected that they were in the company of 24-year-old David Evans and 23-year-old Sydni Jones.

According to the Florida Amber Alert, David Evans is described as 5 foot 11 with brown eyes, Sandy hair, and a goatee. He was last seen wearing tan pants and a blue shirt. Jones is described as 4 foot 11 with blonde hair and blue eyes and was last seen wearing denim pants with a black shirt. A couple is expected to be traveling in a silver Dodge Stratus with Florida license plate number IS08VN.

The Columbia County Sheriff’s Office stated that the case is being seen as a parental abduction which they say occurred on Wednesday around 5:15 pm. They are considering the abductors as “suspects who have active warrants for their arrest related to this case.? If anyone has information on the case or sees the missing children, they are urged to call the Columbia County Sheriff?s Office at 386-752-7015 or call 911.

Have You Seen Jaxson and Lucy?

IT ONLY TAKES TWO SECONDS TO SHARE: Police are asking for the public’s help in finding 4-year-old Jaxson Evans and 2-year-old Lucy Evans https://t.co/KnPddXNHan

According to Divorce.net, Parental kidnapping is far more common than one might think, especially for one parent to take the child and leave without the other parent’s consent. According to the Department of Justice, in 2012, which is the most recent statistic available, more than 200,000 children were kidnapped by a family member. Is important to be vigilant if you believe that there’s any risk of abduction.